The president also accused special counsel Robert Mueller of not knowing about certain details of his investigation. 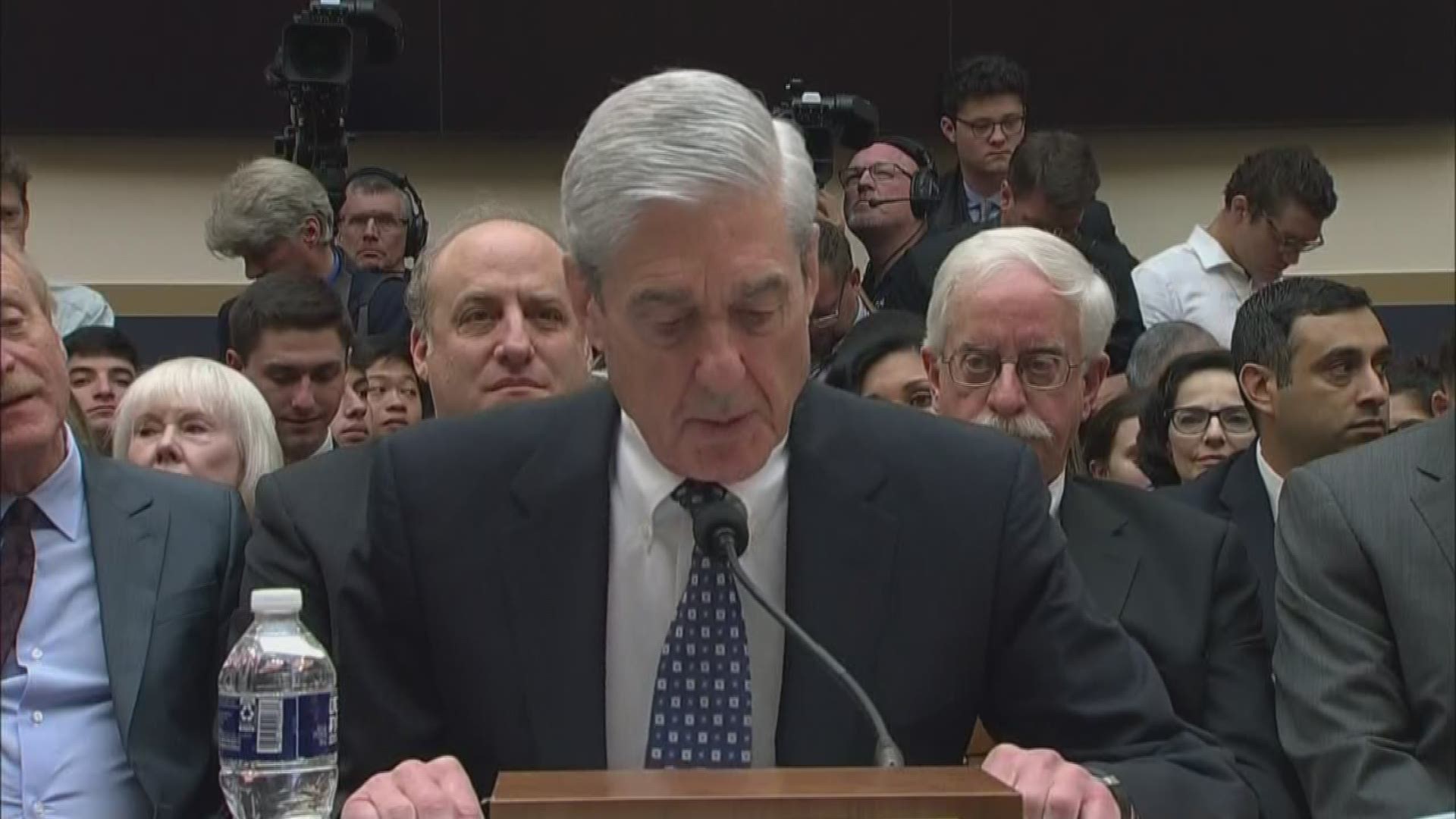 He says Mueller's performance was "obviously not very good" and is accusing him of not knowing about certain details of his investigation. Trump is calling it a "devastating day" for the Democrats.

RELATED: Mueller says Trump could be charged with obstruction after leaving office

RELATED: Trump uses Twitter to weigh in during Mueller's testimony

After the congressional hearings ended, Trump spoke to reporters at the White House before leaving for Wheeling, West Virginia, where he's attending a private fundraiser for his re-election campaign.

The Trump campaign sent out a personal plea to donors Wednesday to tell Democrats to end the "WITCH HUNT" by raising $2 million in 24 hours.

Credit: AP
President Donald Trump speaks to members of the media before boarding Marine One helicopter on the South Lawn of the White House in Washington, Wednesday, July 24, 2019, as he departs for the short trip to Andrews Air Force Base, Md., and onto Wheeling, W.Va. (AP Photo/Pablo Martinez Monsivais)