The White House confirmed one fatality and one serious injury, but no lawmakers were seriously hurt. 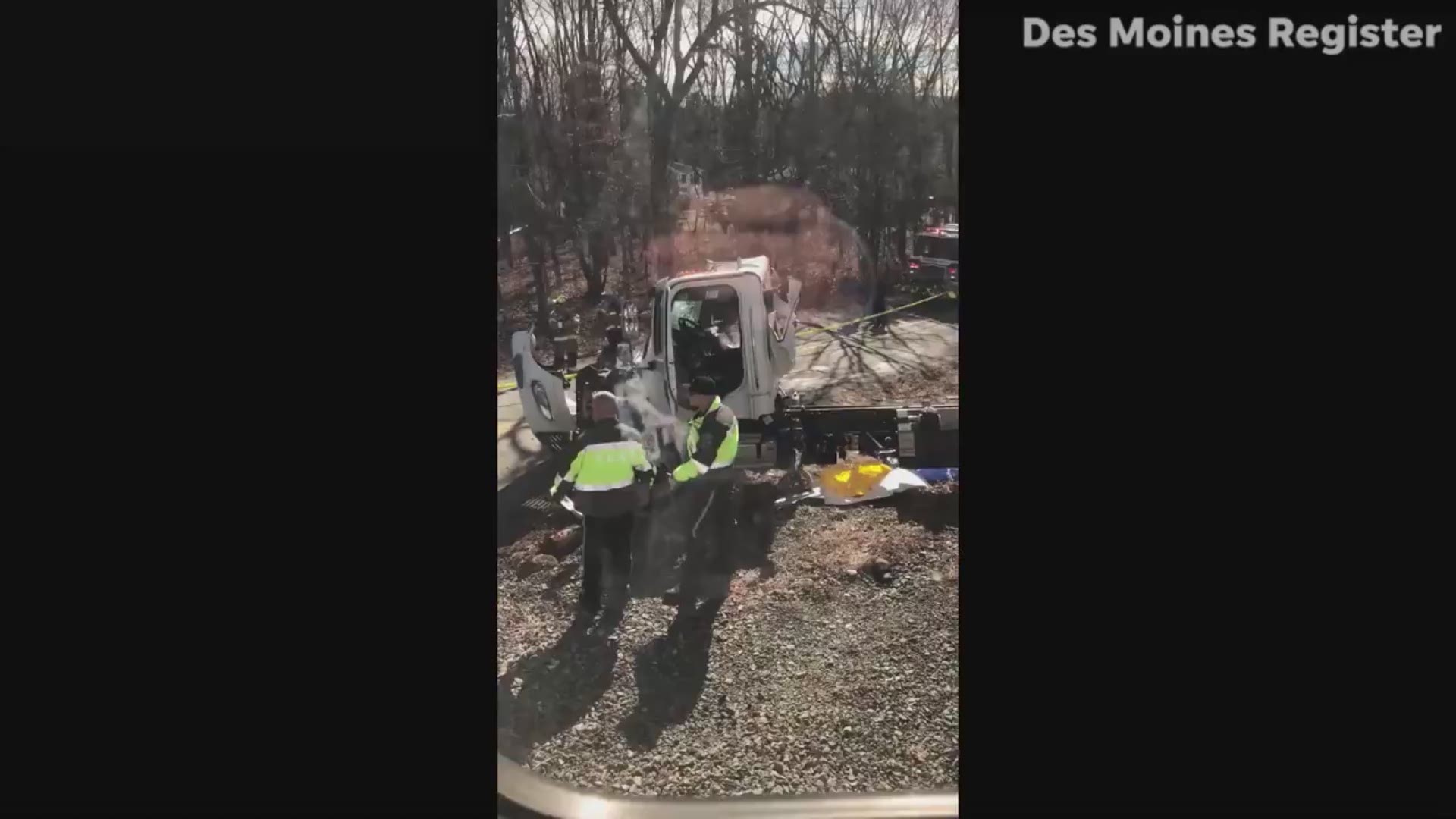 Republican members of Congress jumped into action after their train collided with a garbage truck in rural Virginia on Wednesday, in a crash that left one person dead and others wounded. Two lawmakers administered CPR and others carried an injured person across the train tracks.

The train carrying lawmakers to a Republican retreat in West Virginia collided with a vehicle on the tracks in Crozet, Va., a town about 126 miles away from Washington, D.C.

White House Press Secretary Sarah Sanders confirmed there is one confirmed fatality and one serious injury from the crash, and noted that no members of Congress or their staff were seriously hurt or killed.

President Trump, who is also scheduled to travel to West Virginia on Air Force One for the Republican retreat Thursday, has been fully briefed and is receiving regular updates, Sanders said. "It was a pretty rough hit. That's what they all tell me," Trump said, describing the collision as a “tremendous jolt.”

The National Transportation Safety Board said later Wednesday it was launching an investigation into the crash.

The garbage truck struck by the train was destroyed, and debris littered the field nearby. The crossing for the track has a guard bar and signal lights. More than an hour after the wreck, some passengers were being removed from the train and loaded into ambulances.

The members of Congress who have medical training helped treat the injured, according to Sen. Bill Cassidy, a Republican from Louisiana.

Cassidy, who was dozing on the train when he heard a loud sound and felt a bump before the train slid to a stop, worked his way through the cars and finally found an open door.

Outside, he found several of his colleagues who are also physicians, including Texas Rep. Mike Burgess and Ohio Rep. Brad Wenstrup, treating the injured.

Wenstrup said the man he assisted was bleeding from his nose and around his mouth. Cassidy elevated the man's legs, and Burgess pitched in.

Soon after, the lawmakers and others carried the man across the train tracks to an ambulance.

"Hopefully, he will make it," Wenstrup said.

Wenstrup — who also helped Rep. Steve Scalise of Louisiana after a gunman opened fired on Republicans last year — said he never expected to use his medical skills as a lawmaker.

"By the grace of god, they won’t be needed in this capacity again," he said.

Also at the train scene, Reps. Roger Marshall of Kansas and Phil Roe of Tennessee, both doctors, administered CPR on the garbage truck driver, according to Marshall's office.

The train hit a garbage truck, they're asking for doctors on the trains to help. Right now Dr. Marshall is helping people who are injured.

The University of Virginia Health System said people were transported to the UVA Medical Center in Charlottesville. One person was in critical condition, while the others were being evaluated.

Rep. Chuck Fleischmann was on his way to the restroom when the train hit. The Tennessee congressman was thrown around and suffered neck, back and foot injuries.

“I’m in a bit of shock right now,” Flesichmann said in a phone call from the scene, where he was being treated for his injuries. “I’m in a whole lot of pain and discomfort.”

“When this thing hit, I got thrown,” he said. “It’s kind of chaotic right now."

The retreat will still take place this weekend, according to the Congressional Institute. The program will include a prayer for those affected by the crash, as well as a security briefing. Lawmakers were taken to Charlottesville, Va., where they boarded buses to the retreat.

The U.S. Capitol Police, state and local authorities were investigating the scene, while the Amtrak crew was checking the train for damage.

The Trump administration was in contact with Amtrak and state and local authorities, Sanders said, and the president said he spoke with House Speaker Paul Ryan about the tragedy.

"We are grateful for the first responders who rushed to the scene and we pray for the victims and their families," said Ryan, who was onboard the train. "May they all be in our thoughts now."

Senate Majority Leader Mitch McConnell said he and his colleagues were saddened by the event, and he thanked the first responders who came to the scene.

“It is impossible to overstate how much we Americans owe to our brave first responders – today and every day," he said in a statement.

In the aftermath of the collision, some members of Congress tweeted from the train that they weren't injured.

The train carrying GOP members to our retreat had a collision. Amey and I are both OK. Docs and security on board are helping secure the scene.

I am on the train, but I am okay. https://t.co/wmOjatHw9S

The train carrying GOP members to our retreat had a collision, but Rebecca and I are both okay. Security and doctors on board are helping secure the scene and treat injuries.

On the train and okay. Prayers for the drivers of the truck.

We are okay. Please pray for all involved in this accident. https://t.co/Z2sCRaLw8x

Sarah Evancho, who lives nearby, heard a boom when the crash happened. It's trash day, and the truck had just picked up garbage at her house.

"I'm just heartbroken for this man and his family," Evancho, who is a local pastor, said of the victim. "This doesn't happen here."