Timeline: A history of priest sex abuse in the Catholic Church

A look back at the crisis that has plagued the church for decades. 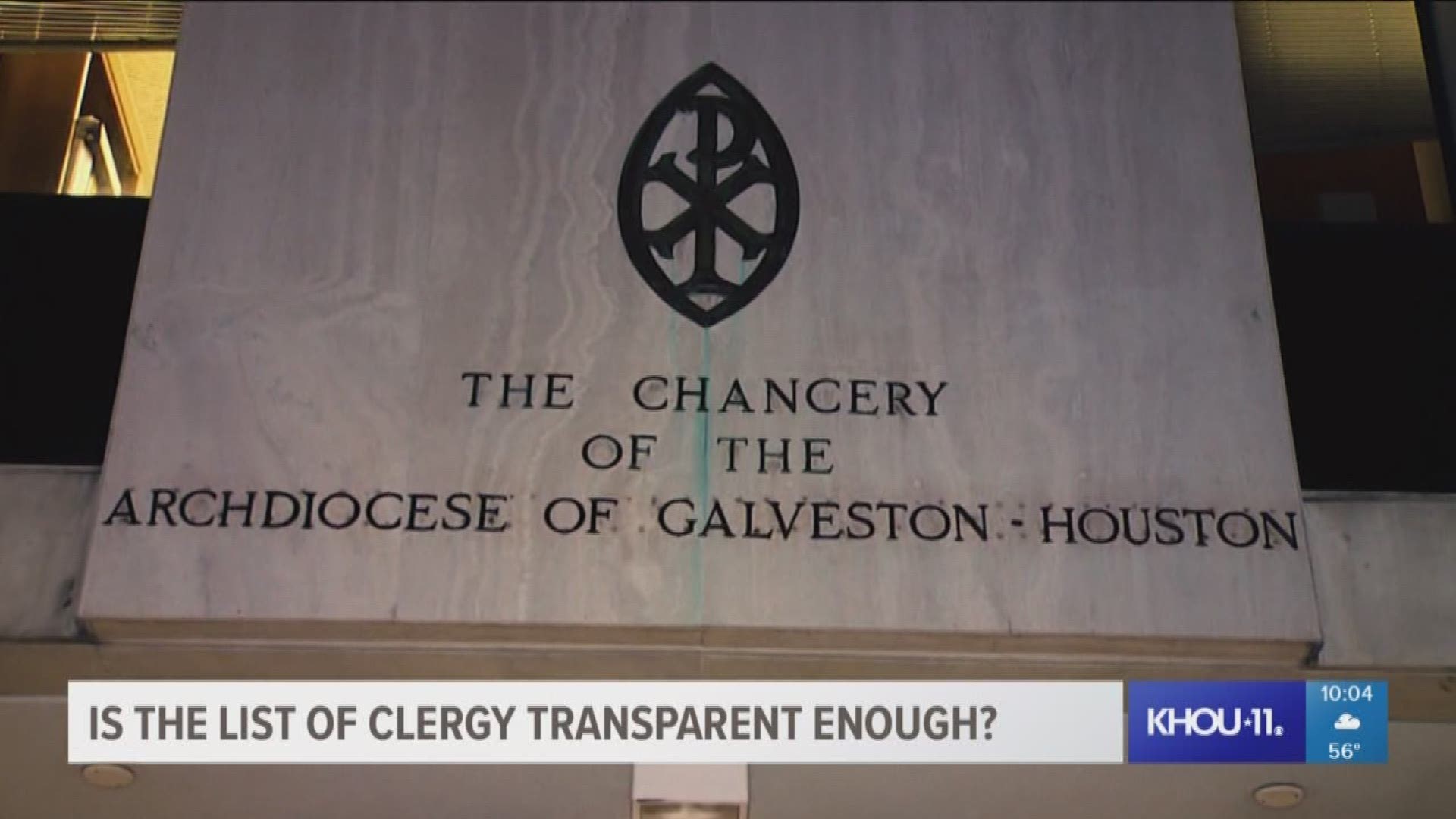 For decades, the Catholic Church has dealt with the priest sex abuse crisis as allegations have surfaced worldwide.

The church has paid out more than $3 billion to settle sexual abuse claims, according to an analysis of BishopAccountability.org, an online database that tracks the sex abuse crisis.

With the Archdiocese of Galveston-Houston and other Texas dioceses are expected to release lists of priests credibly accused of sexually abusing children today, here's a look back at the crisis.

The Servants of the Paraclete opens in Jemez Springs, New Mexico, as a treatment center for priests accused of molesting children. It was founded by Rev. Gerald Fitzgerald. (Years later, in August 1992, a lawyer for the center told the Associated Press that it’s a “spiritual renewal center” for priests who are having a crisis with their faith.)

Rev. Gilbert Gauthe, a priest in the Diocese of Lafayette, La., is indicted on 34 counts of sex crimes against children. He’s the first priest in the U.S. to face a criminal trial for child sex abuse, according to 60 Minutes. In October 1986, he plead guilty and was sentenced to 20 years in prison — he ultimately served nine years.

Rev. Thomas Doyle and Gauthe’s attorney, Ray Mouton, release a report, “The Problem of Sexual Molestation by Roman Catholic Clergy: Meeting the Problem in a Comprehensive and Responsible Manner.” In the report, Doyle warned bishops of the danger that exists in the church and outlined how sex abuse allegations should be handled.

Doyle said church leaders dismissed the report and told him they already knew everything within and there was a policy for dealing with sex abuse.

A Dallas jury awarded a landmark $119 million judgment against the Catholic Church — the largest ever — to 11 survivors of clergy sex abuse. After the trial, attorney Sylvia Demarest said, “I hope this wakes up the Pope.”

The Diocese of Tucson is the first diocese or religious order to release a list of priests accused of child sex abuse.

The Boston Globe releases a groundbreaking story that the church allowed a Boston priest known for molesting boys to transfer in and out of parishes rather than remove him from ministry.

After meeting in Dallas, Texas, the U.S. Conference of Catholic Bishops establishes the “Charter for the Protection of Children and Young People,” commonly known as the Dallas Charter, which calls for zero tolerance for priests who sexually abuse children. It does not address Catholic bishops who cover up cases or allow abusive priests to continue in ministry.

The Diocese of Fort Worth becomes the first Texas diocese to release a list of priests credibly accused of child sex abuse.

In his book, “Sex, Priests and Secret Codes,” Rev. Tom Doyle traces the history of clergy sexual abuse of children to A.D. 98, the same century the church was founded.

New Hampshire named 27 priests accused of abuse after the attorney general’s office completed a five-year audit of the Diocese of Manchester.

The Associated Press reports that the Catholic Church doesn’t monitor former priests who have been accused of sexually abusing children.

The movie “Spotlight” is released. The award-winning film follows how The Boston Globe’s investigative Spotlight team uncovered how the Catholic Church hid priest sex abuse within the Archdiocese of Boston.

In one of the broadest inquires into clergy sex abuse in U.S. history, a Pennsylvania grand jury releases a report concluding that 300 Catholic priests sexually abused 1,000 child victims over seven decades.

Cardinal Daniel DiNardo, who oversees the Archdiocese of Galveston-Houston and is the president of the U.S. Conference of Catholic Bishops, responds to calls for more accountability and transparency from the church.

DiNardo announces all Texas dioceses would release a list of priests credibly accused of sexual abuse of minors by the end of January 2019.

The Montgomery County District Attorney’s Office searches the Archdiocese of Galveston-Houston Chancery and secret archives for documents containing information sexual abuse by Rev. Manuel La Rosa-Lopez. The priest is charged with four counts of indecency with a child.

Pope Francis calls for all priests who have raped and molested children to turn themselves in. The pope promises the church would never again cover up clergy sex abuse.

U.S. Catholic bishops gather in Illinois for a weeklong retreat of prayer and reflection related to the clergy sex abuse crisis.

KHOU 11 Investigates releases “Unforgivable,” a 30-minute documentary detailing the clergy sex abuse crisis and its impacts on survivors, their families and the work by an attorney and a priest to make a difference.

The Archdiocese of Galveston-Houston and other Texas dioceses release lists today of priests credibly accused of sexually abusing children.

The world’s Catholic bishops are scheduled to gather in the Vatican with the pope to discuss preventing priest sex abuse.