US Secretary of Energy Rick Perry, Martha Stewart and Rob Lowe are just a few of the people who have been fooled by the latest Instagram hoax. 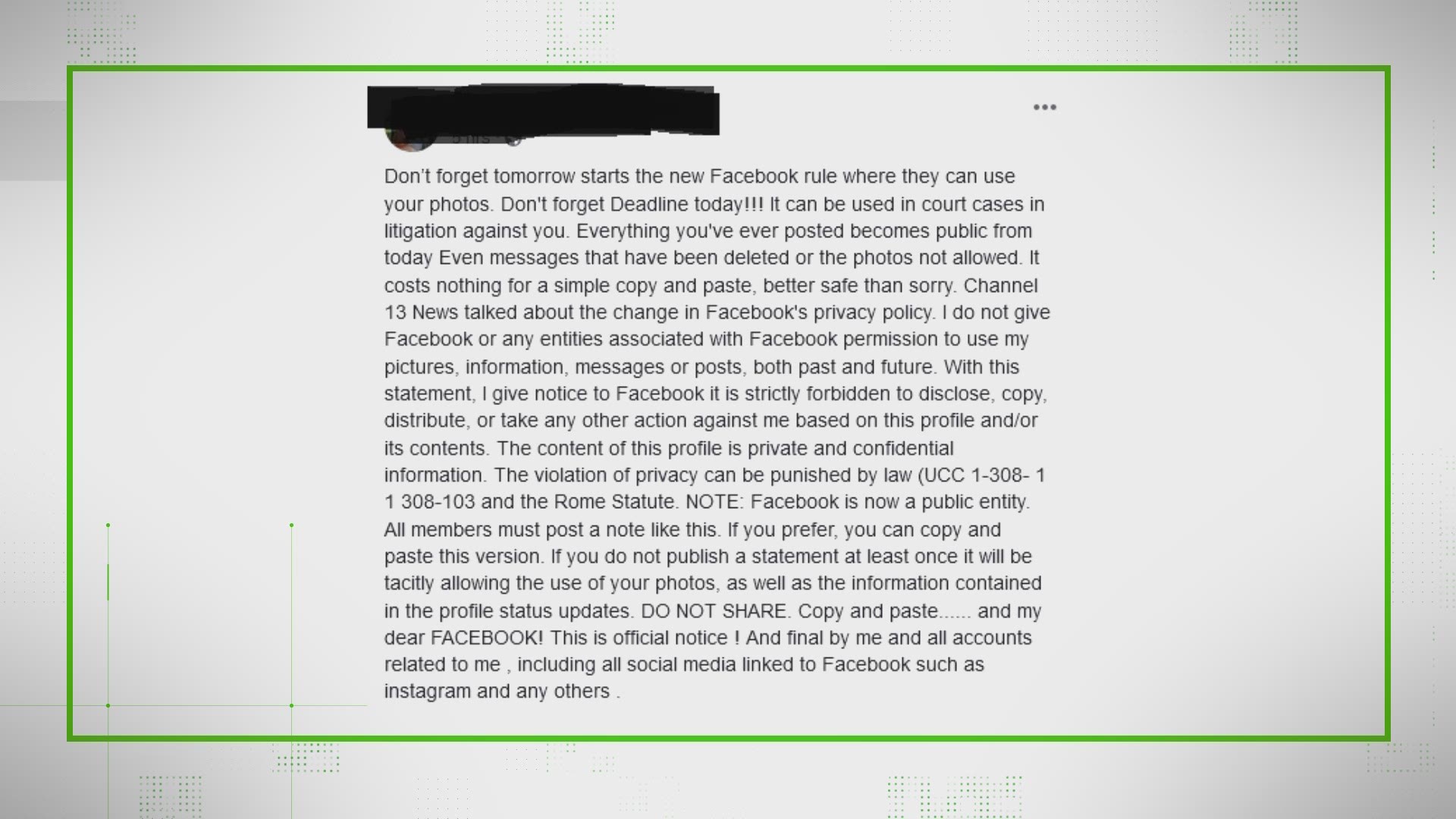 Here we go again. It seems every few weeks there's another viral claim about Instagram or Facebook or Twitter allegedly changing one rule or another...but wait, YOU can fight it by posting this specific language!

Every time, it's been fake.

Last month, our VERIFY team debunked fake posts claiming Facebook was about to take full rights over your photos.

If you haven't seen it on a friend's Instagram account yet this week, the post claims that "tomorrow starts the new Instagram rule where they can use your photos." It goes on to say that all your messages will become public too, unless you post a specific message on your account.

The post mentions a "Channel 13 News" as its supposed source and is filled with grammatical and punctuation issues.

RELATED: Verify: No, FaceApp doesn’t send all of your photos to Russia

RELATED: VERIFY: No, Facebook doesn't own your personal photos

But that hasn't stopped a lot of people, including several celebrities from falling for this years-old hoax. This version of the hoax dates back to 2012, but it popped back up this week.

Credit: Instagram
A screenshot of a hoax posting on Instagram that claims a "new Instagram rule" goes into effect soon where they can "use your photos." It's not real.

Just some of the famous names who got fooled this time around included U.S. Secretary of Energy Rick Perry, Martha Stewart and Julia Roberts.

Singer Rita Wilson and Rob Lowe are some of the few celebrities who haven't removed their post, as of Wednesday afternoon.