How does a stay at 'The Bell' sound? 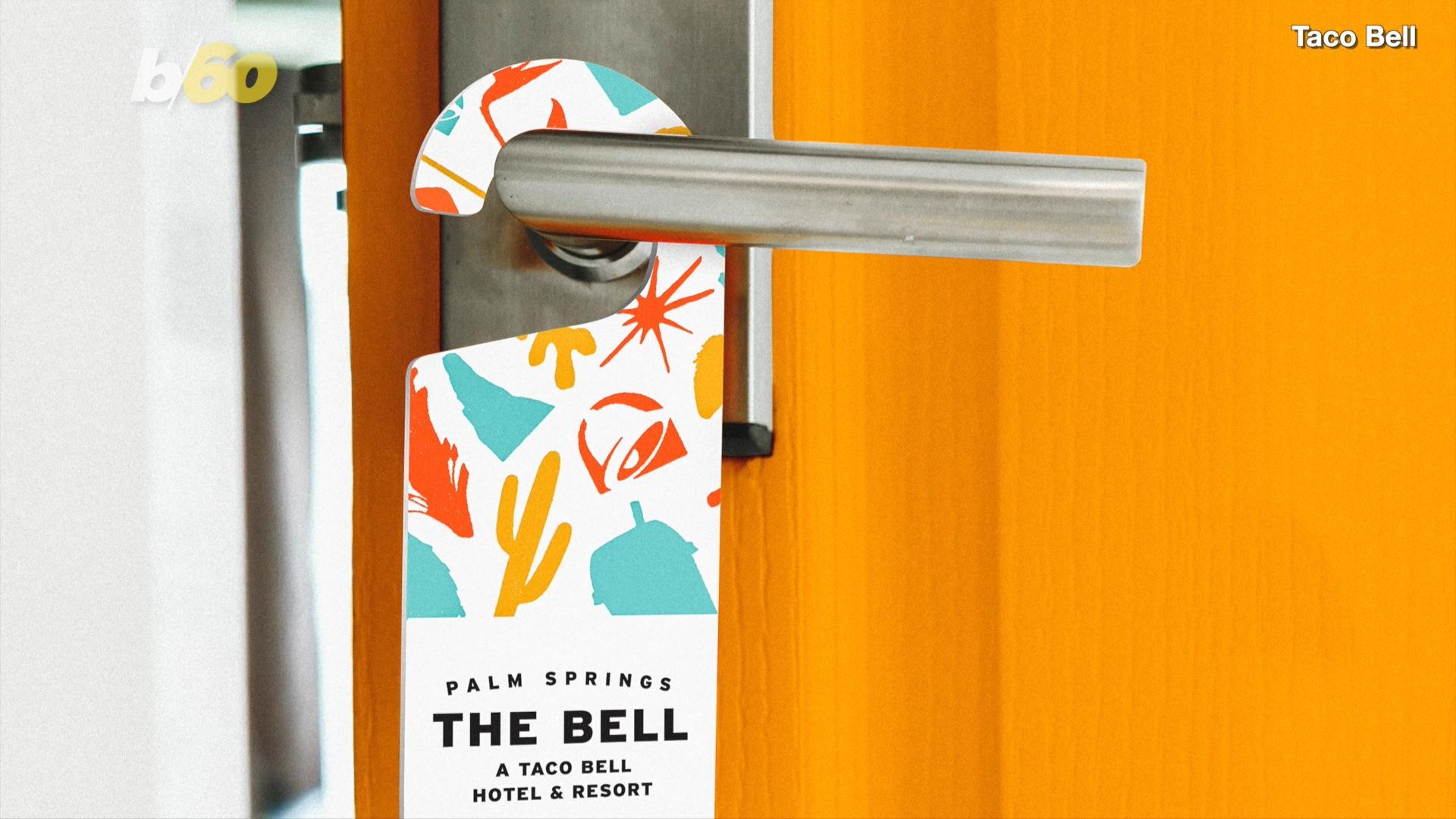 Taco Bell is taking over a hotel in Palm Springs, California, for three nights this August.

The fast-food chain says everything will be Taco Bell-themed, from the room decor to the breakfast menu to pool floaties shaped like hot sauce packets.

There will be Taco Bell snacks and cocktails and Taco Bell nail art in the salon. A few new menu items will also debut there.

Irvine-based Taco Bell isn't yet saying which actual hotel is hosting the event. Reservations will be available starting next month.

"The Bell stands to be the biggest expression of the Taco Bell lifestyle to date. It will be fun, colorful, flavorful and filled with more than what our fans might expect," said Taco Bell's Chief Global Brand Officer Marisa Thalberg. "Also, just like some of our most sought-after food innovation, this hotel brings something entirely new for lucky fans to experience and enjoy."

The promotion is unusual, but not totally unprecedented. McDonald's opened a hotel in Switzerland in 2001, complete with golden arch-shaped headboards. It closed two years later.