Remember when the giant external tank wasn't orange? Here are some common questions about the space shuttle. 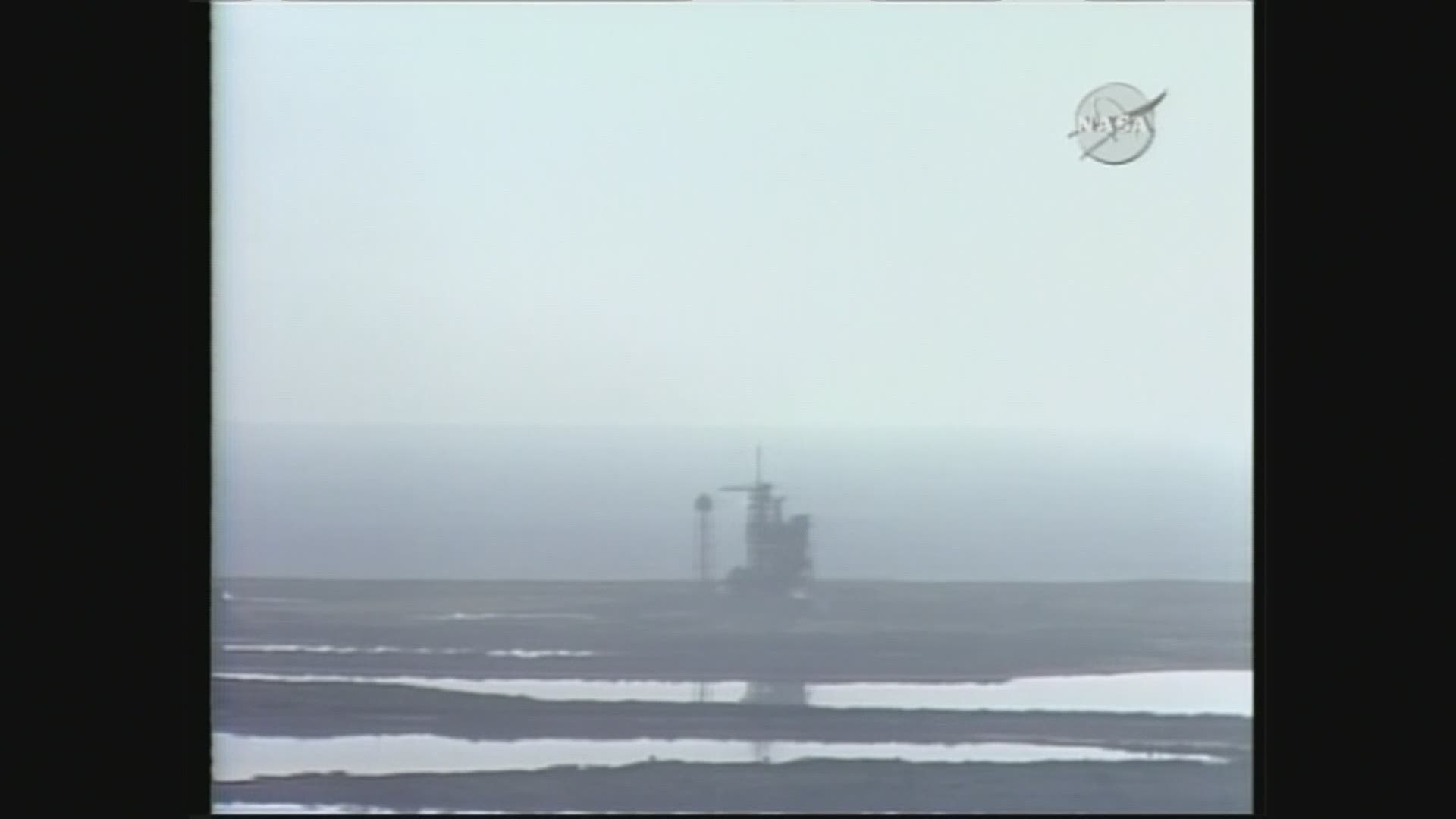 Monday marks the 40th anniversary of the launch of the first Space Shuttle, Columbia. It also happens to be 60 years since the first human flew into space, Russia's Yuri Gagarin.

Here are commonly asked questions about the Space Shuttle program.

How many space shuttles were there?

Six space shuttles were built, but only five ever flew in space.

Enterprise: The first space shuttle never launched, but was used for atmospheric flight tests after being released from the back of a Boeing 747. It was not built for space flight.

Columbia: The first fully functional space shuttle launched on April 12, 1981. After 27 missions over two decades, it broke apart during re-entry on Feb. 1, 2003, killing all seven astronauts on board.

Challenger: The shuttle first launched on April 4, 1983. On Jan. 28, 1986, the shuttle exploded 73 seconds after liftoff, killing all seven astronauts on board.

Endeavour: The shuttle first launched on May 7, 1992. It was built as a replacement for the Challenger. Its final mission ended June 1, 2011.

What did the space shuttle do?

The space shuttle was a reusable vehicle that could take astronauts into orbit to conduct experiments and to launch and repair satellites. In its later years, it hauled modules to construct the International Space Station and ferried crews to and from the ISS.

Why did the external tank change from white to orange?

One unmistakable part of the space shuttle was the rust orange-colored external tank that the orbiter and solid rocket boosters were attached to. This contained the liquid oxygen and hydrogen fuel. But for the first two flights, that tank was white.

NASA said the orange color was the foam insulation that was sprayed over the aluminum structure. It prevented the super-cold propellants from evaporating too quickly.

The tank was initially painted white over that insulation to protect the tank from ultraviolet rays, according to Space.com. But engineers later determined the paint was unnecessary and that they could save 600 pounds by doing away with it.

NASA eventually redesigned the tank to make it 17,000 pounds lighter than the one that first lifted the Columbia to orbit. This allowed for NASA to put heavier payloads on the orbiter during later missions.

Why did Challenger explode?

A presidential commission determined that the explosion was caused by the failure of a pressure seal in a joint on the right booster rocket, according to a 1986 Associated Press report. Cold temperatures on synthetic O-rings designed to seal the joint contributed to the failure, the commission said. The Challenger launch came when the temperature was just 38 degrees Fahrenheit, 15 degrees colder than any of the previous shuttle flights.

The commission said a plume of flame escaped that joint, burned a hole in the external tank and ignited the liquid hydrogen and oxygen.

What made the event even more tragic is that the commission found lower-level engineers had given multiple warnings that the joints were poorly designed and could lead to an explosion, AP reported. Top officials either ignored the warnings or were never told. The astronaut office said it also was not told of the danger.

Why did Columbia explode?

Columbia broke apart on re-entry over Texas, but it was determined the reason for the disaster happened during launch 16 days earlier.

A piece of insulation foam about the size of a suitcase broke off the external tank 80 seconds after liftoff and impacted the left-wing. The AP reported the impact led to a gash which allowed hot gasses to enter the wing during re-entry, adding to the stress on the vehicle and causing it to break up 16 minutes before touchdown.

Cameras on the ground showed the foam impact, but the image quality was so poor that the extent of the damage was unknown. Regardless, nothing could have been done in orbit to repair the problem.

The disaster led to design changes on the external tank, and the future shuttle missions included having the orbiter photographed by the International Space Station and spy satellites to ensure no damage had occurred.

When did the space shuttle program end and why?

The final space shuttle flew nearly 10 years ago. Atlantis touched down on July 21, 2011, ending an era of more than 30 years in American space travel.

There were many factors as to why the program ended, but a big one was money. It became increasingly expensive to keep the fleet of shuttles, two of which were more than 25 years old, flying. Plus, NASA was putting its eyes toward getting back to the moon and beyond.

NASA would hitch rides to the ISS with the Russians for the next decade. There would not be another crewed space launch from U.S. soil until NASA sent two astronauts to the ISS aboard a SpaceX Crew Dragon capsule on Nov. 15, 2020.

Where are the space shuttles now?

The retired shuttles were sent to museums across the country.

Enterprise is at the Intrepid Sea, Air & Space Museum in New York City. Discovery is at the Steven F. Udvar-Hazy Center in Virginia. Atlantis stayed in Florida and is housed at the Kennedy Space Center Visitor Complex while the Endeavour is at the California Science Center in Los Angeles.

For fans who want to actually climb inside the crew section and walk through the payload bay, a shuttle fuselage trainer that astronauts used is housed at the Museum of Flight in Seattle. It's a full-scale mockup of the orbiter, but without the wings.

RELATED: US-Russian trio blast off on mission to space station

RELATED: Here's how NASA treats astronauts who get sick in space

RELATED: Meet 10 female NASA astronauts who have made scientific contributions in space