'She was a fighter': Man and daughters find abandoned newborn in the woods

At first, he thought it was a wild animal making loud noises. “At one point,she sneezed our coughed and it sounded so human and we knew something different." 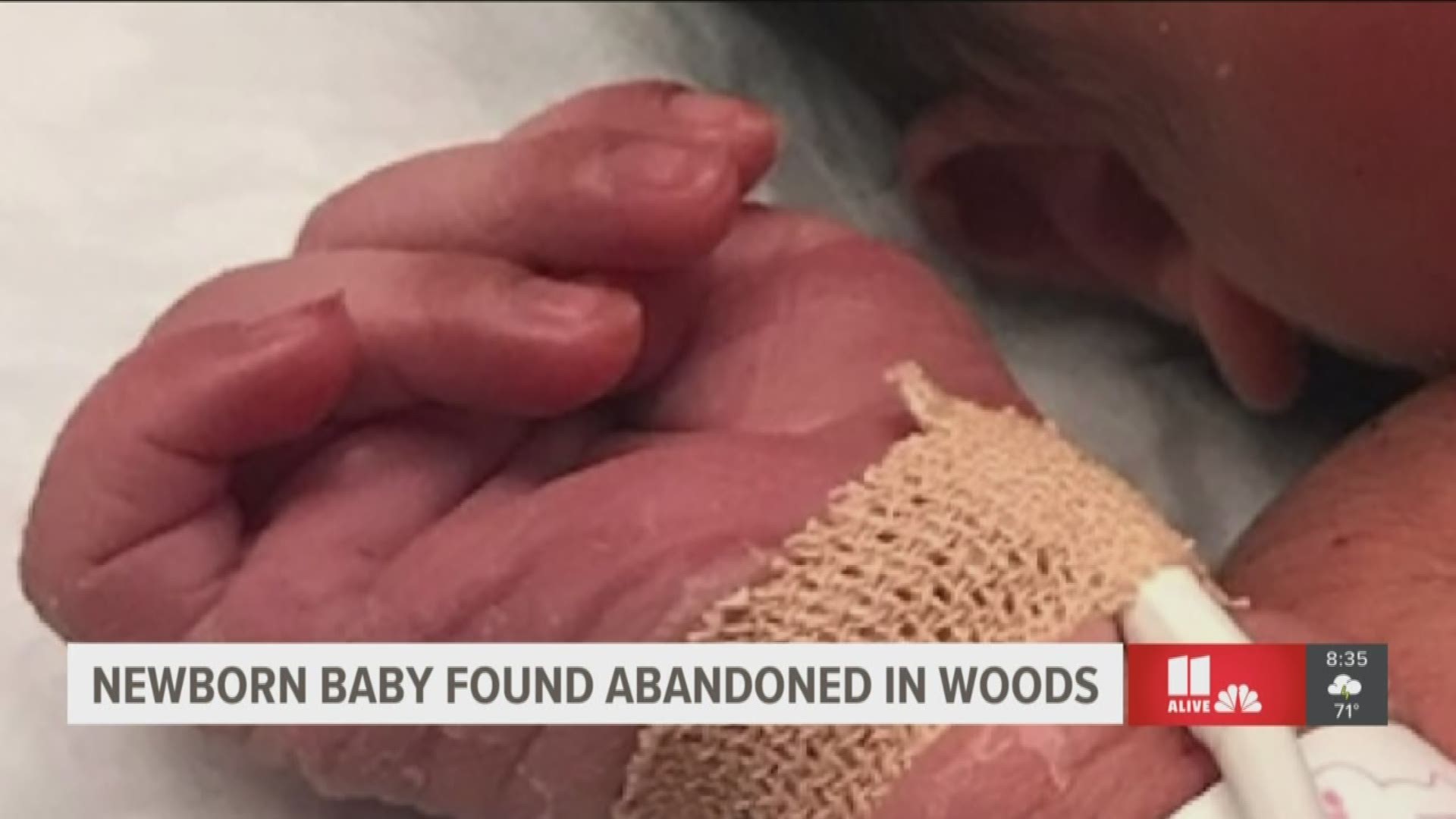 FORSYTH COUNTY, Ga. — “At one point she sneezed or coughed and it sounded so human and we knew something was different about this."

Alan Ragatz recounted the moment he and his daughters found a newborn inside a plastic bag late Thursday night.

The family returned to their home off Dave Creeks Road in Cummings around 8:30 p.m.

“We were literally about to lock the doors and go to bed, with ACs on," he said. "We wouldn’t have heard anything.”

But, as luck would have it, three of his four daughters came to him when they heard a recognizable sound.

At first, Ragatz thought it could have been a raccoon or other animal.

His girls grabbed flashlights and went looking and soon reported back to their dad.

“They said dad you need to come out here,” Ragatz said.

They all headed towards the sound with flashlights in hand.

“You would hear it and then it would muffle up, and as we walked down it got a little more clear,” he said.

RELATED: She was abandoned in a plastic bag in the woods | This is what we know about the infant

Then, they found something unbelievable.

“We found a, looked like a bathmat that was all wrapped up, and by the time we got to it and opened the bath mat, it was a little baby, in a looked like a Publix bag tied," Ragatz said. “She still had her umbilical cord and part of the placenta.”

They heard her cries and knew it was a good sign. Ragatz's wife called 911 as the family tried to cope with the discovery.

“Once we found her, my girls were in shock and it was an emotional deal and everyone was upset.," said Ragatz - still visibly upset the next day. "We don’t cast judgment on whoever did this. We know there are issues in society but there’s better ways than this.”

It rained shortly after deputies found the girl and Ragatz worried that had they gone to bed, she would have been left to whatever animals were in the woods.

“It’s enough to put something like this in danger,” he said.

The baby girl was born at full term according to Sheriff Ron Freeman, and it's believed she was born on Wednesday. Freeman added they nicknamed the baby, India.

The baby is described as white, according to authorities. Investigators said they are working to find the newborn's mother.

The Georgia Division of Family and Children Services (DFCS) was notified and is acting as an advocate for the newborn while she's at the hospital.

Freeman made a particular point of wanting to talk about Georgia's Safe Haven laws meant to prevent this kind of incident. Mothers have up to 30 days after the birth of a child to leave the infant with a hospital, fire station or law enforcement office and they cannot be charged with abandonment.

Meanwhile, Ragatz said he can't help but think of his own four daughters and added he feels sorry not only for the baby but for the person who felt leaving her in such a way was the only option. At the end of the day, he's happy the baby is okay.

“She was a fighter; she was a screamer,” he said.

If anyone knows a woman that was in the late stages of pregnancy and may have given birth to this newborn, please contact Forsyth County Sheriff’s Office at 770-781- 3087.

The 10-year-old was starved to death and then burned