Toomey cites Levine's handling of the COVID-19 pandemic as Pennsylvania Health Secretary for the decision on his vote. 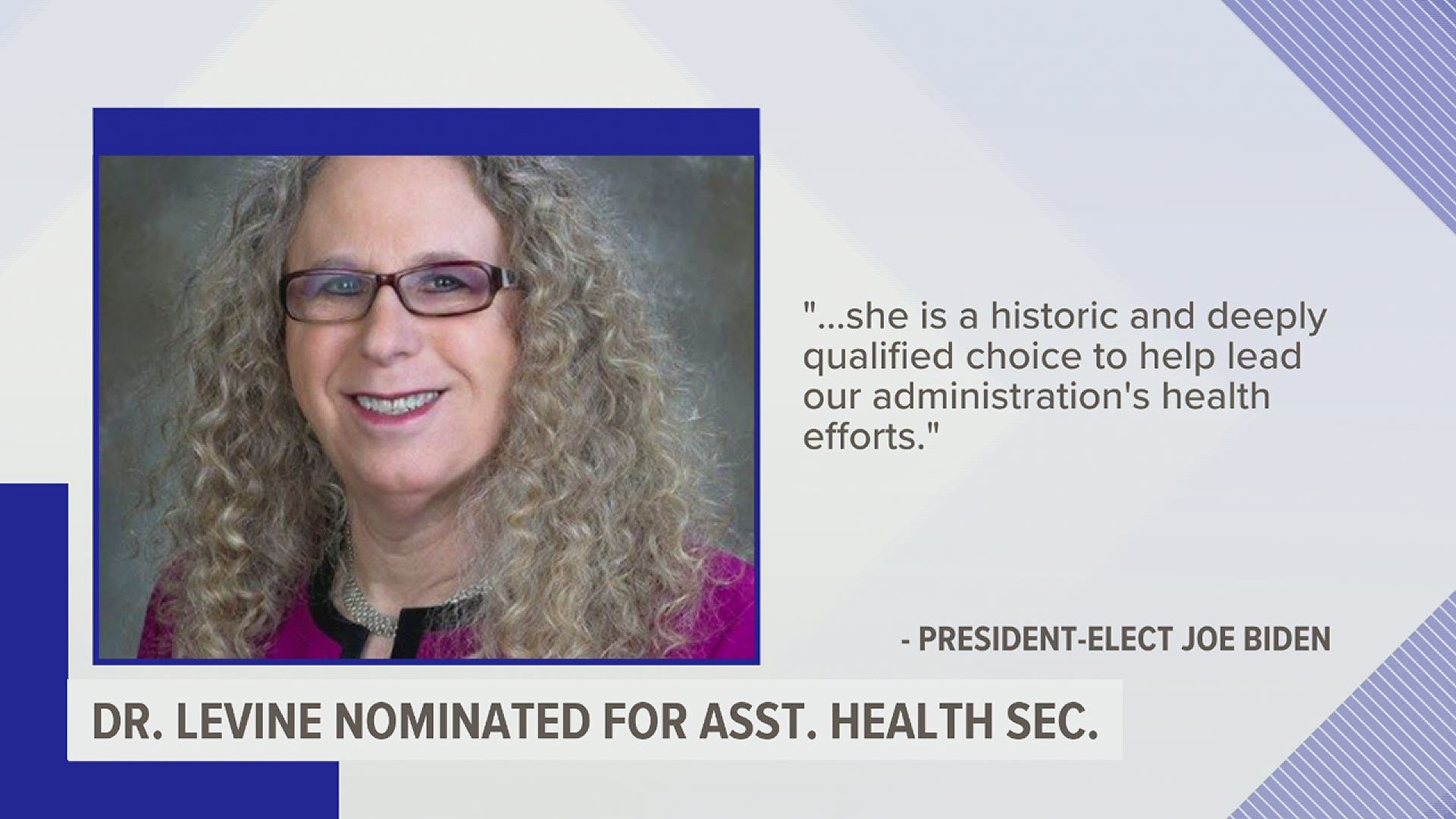 WASHINGTON, D.C., USA — U.S. Senator Pat Toomey on Tuesday announced his intention to oppose the appointment of Dr. Rachel Levine to serve as Assistant Secretary for the U.S. Department of Health and Human Services.

The Pennsylvania Republican cited "poor decisions and oversight" by Levine and the Wolf administration in response to the COVID-19 pandemic, specifically its impact on seniors in nursing homes, in a statement issued by his office Tuesday.

“In Pennsylvania, the pandemic struck seniors in nursing homes disproportionately hard compared to other states," Toomey's statement said. "This was due in part to poor decisions and oversight by Dr. Levine and the Wolf administration.

"Moreover, the commonwealth’s extended economic lockdown that Dr. Levine advocated for was excessive, arbitrary in nature, and has led to a slower recovery.

"While I appreciate Dr. Levine’s service and responsiveness to my office over the past year, she has not earned a promotion to help lead the U.S. Department of Health and Human Services and I cannot support her confirmation.”

President Joe Biden nominated Levine to the position in January, putting her in position to become the first openly transgender federal official to be confirmed by the Senate.

A floor vote for her confirmation by the full Senate has not yet been scheduled.

A pediatrician and former Pennsylvania physician general, Levine was appointed Pennsylvania's Secretary of Health by Gov. Tom Wolf in 2017, making her one of the few transgender people serving in elected or appointed positions nationwide.

“Dr. Rachel Levine will bring the steady leadership and essential expertise we need to get people through this pandemic — no matter their zip code, race, religion, sexual orientation, gender identity, or disability — and meet the public health needs of our country in this critical moment and beyond," Biden said in a statement announcing her nomination in January. "She is a historic and deeply qualified choice to help lead our administration’s health efforts.”