Sanders: I misspoke when I mentioned slowing campaign pace

'We're going to get back into the groove of a very vigorous campaign,' the 78-year-old Democratic presidential candidate said, downplaying his heart attack. 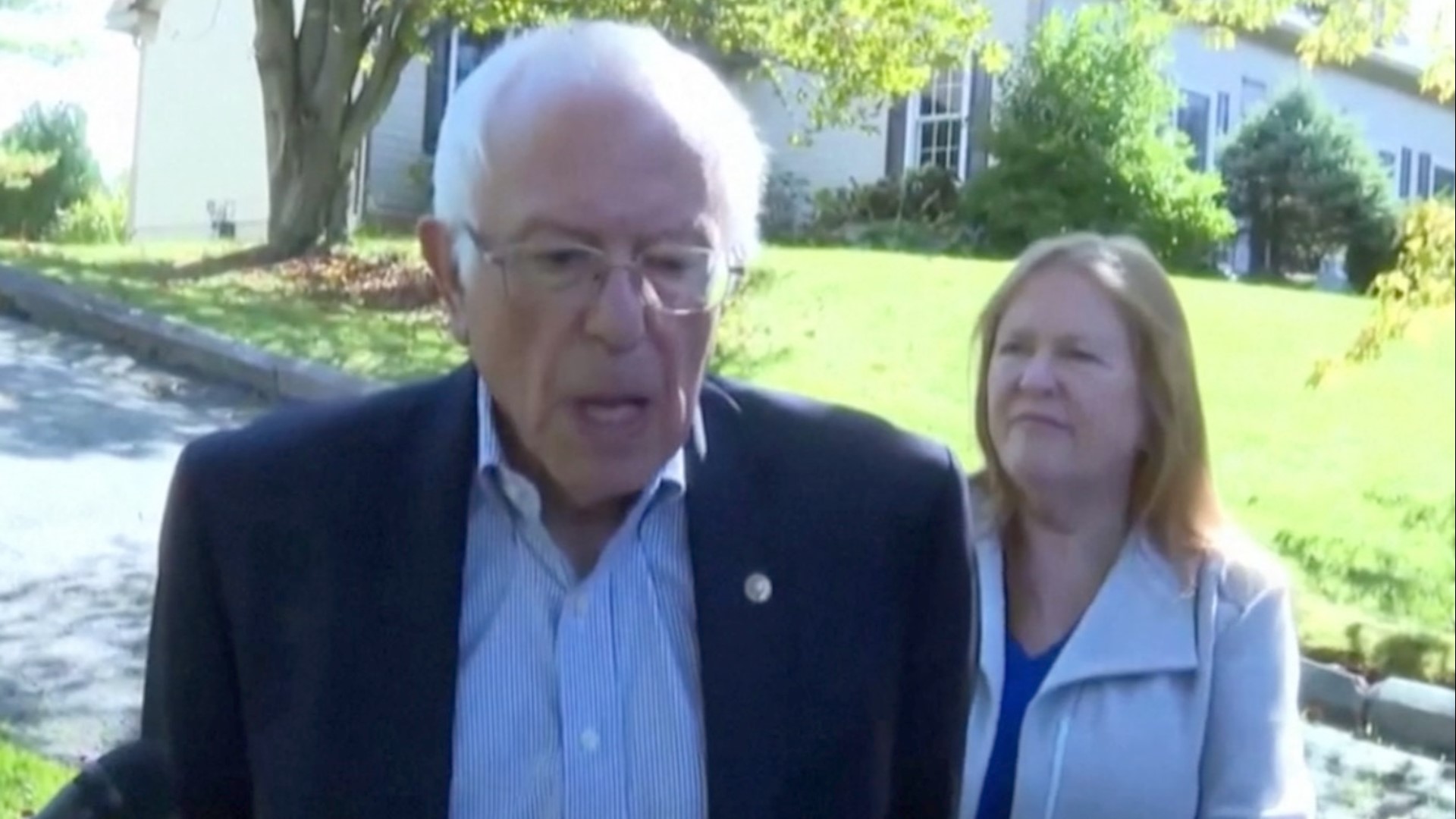 BURLINGTON, Vt. — Democratic presidential candidate Bernie Sanders said Wednesday that he "misspoke" when he told reporters he may slow his frenetic campaigning pace after a recent heart attack.

The Vermont senator backtracked in an interview with NBC News just a day after indicating that health concerns would force him to change "the nature" of his campaign, in the short term, at least.

"We're going to get back into the groove of a very vigorous campaign," Sanders told NBC, downplaying the impact of the heart attack, which required him to be rushed to the hospital where he received two stents to clear a clogged artery in his heart.

The 78-year-old self-described democratic socialist was hospitalized after experiencing chest discomfort while campaigning in Las Vegas last week. His staff initially said the stents were inserted for a blocked artery, revealing only two days later that he had had a heart attack.

RELATED: 8 for the debate: These Democrats just qualified for November

Sanders told NBC it was "nonsense" to suggest his staff hadn't been forthright about his condition. He said he was still talking to doctors and trying to understand what was going on.

"I think we did it appropriately and we did it as quickly as possible. No apologies," Sanders said.

The focus on Sanders' health comes as age plays a significant role in the 2020 presidential campaign. Should he win the Democratic presidential nomination, he would be the oldest person ever elected. So would his 76-year-old Democratic rival, Joe Biden.

One of his national co-chairs, Nina Turner, said in a Tuesday interview that the campaign was examining where and how to make changes to reflect concerns about the senator's health.

Sanders has been among the most aggressive campaigners in the Democratic race, sometimes making multiple campaign appearances each day on multiday campaign swings through key states across America.

Sanders vowed to participate in next week's presidential debate, although his wife, Jane O'Meara Sanders, said he would stay in Vermont until then.