The Oklahoma City Thunder star had the second 20-20-20 triple-double in NBA history. 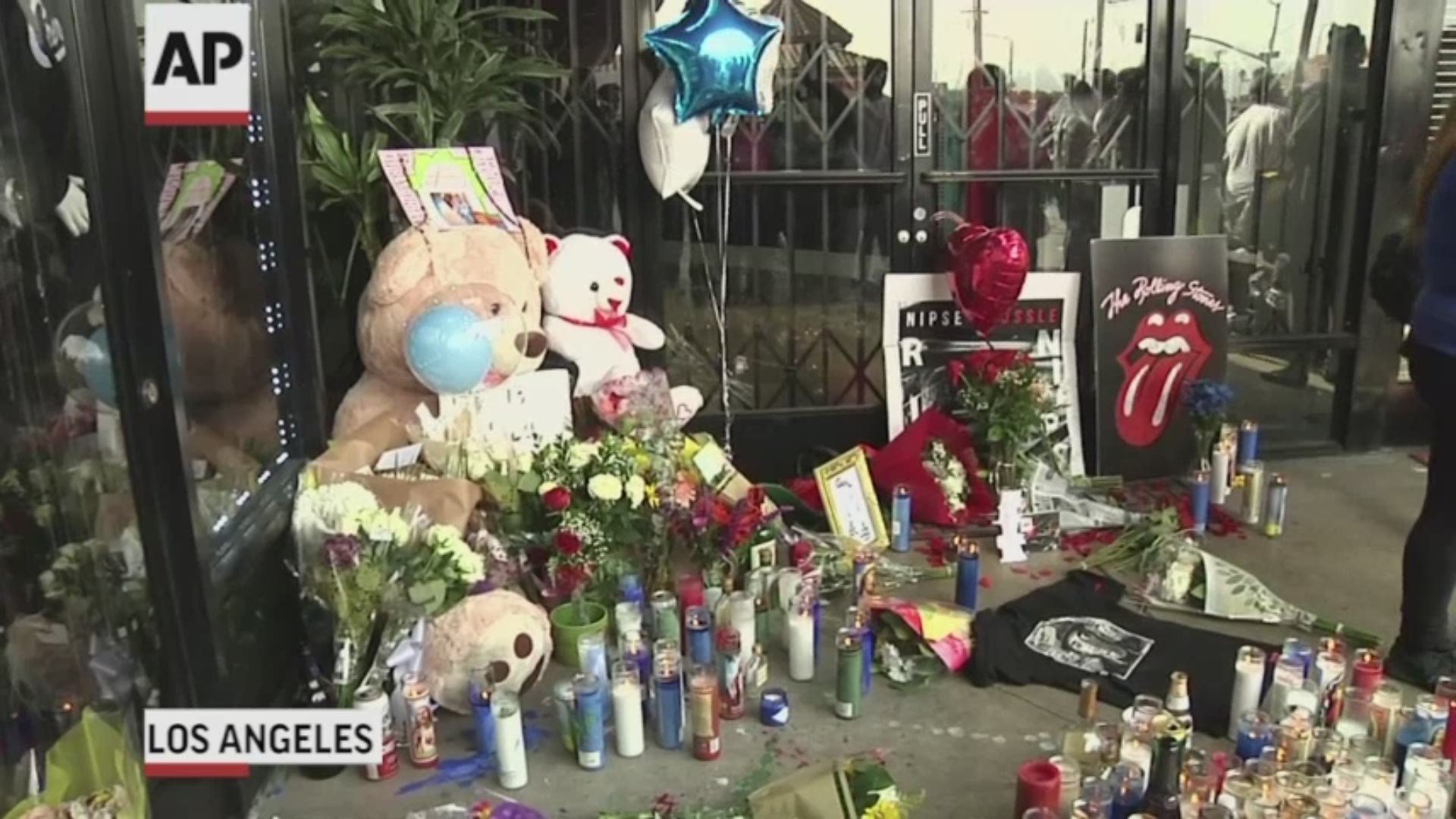 OKLAHOMA CITY — With the outcome all but decided and just over a minute remaining, Oklahoma City Thunder coach Billy Donovan wanted to get Russell Westbrook out of Tuesday's game.

Westbrook wasn't having it, waving off Hamidou Diallo.

Moments later, Westbrook grabbed a rebound and nearly snagged another as the ball glanced off his fingertips after a miss.

On the next possession, Westbrook snagged a final rebound and joined some elite company in NBA history in the Thunder's 119-103 win over the Los Angeles Lakers.

Westbrook became the second player in league history to have 20 or more points, rebounds and assists in a game, finishing with 20 points, 20 rebounds and 21 assists. Wilt Chamberlain was the only other player to accomplish the feat.

After the game, Westbrook dedicated the win to rapper Nipsey Hussle. The musician, like Westbrook a Los Angeles product, was shot and killed on Sunday in Los Angeles.

"I'm not going to try to put it into words but like I said on the floor, that's who it's for," Westbrook said. "I'm going to leave it at that."

Westbrook also tied Chamberlain for second all-time in 15-point, 15-rebound, 15-assists games with eight. Oscar Robertson had 14 such games in his career.

Lakers coach Luke Walton said his team narrowed in on three keys to beat the Thunder, even with his own depleted lineup — transition defense, taking care of the ball and boxing out.

The Thunder outscored Los Angeles on the fast break 34-8, the Lakers turned the ball over 21 times and Oklahoma City won the rebounding battle 50-39.

"When they get what they got off of those three things, it's going to be really hard to win the game, even if you shoot the ball well like our guys shot tonight," Walton said.

"I knew that he had a close friend pass away," Donovan said. "For a few guys on our team relationship-wise, it's kind of hit them pretty hard just in the last couple days.

"For Russell, that was something that really, really meant a lot to him."

After Westbrook clinched the mark, grabbing the rebound on Lance Stephenson's miss in the final minute, he drew a large ovation from the crowd before leaving the game for Diallo.

Oklahoma City had struggled in the first half recently, trailing in eight consecutive games entering Tuesday.

The Thunder, despite leading by as many as 11 points early, looked to be heading toward another halftime deficit when Kentavious Caldwell-Pope put the Lakers ahead with a 3-pointer late in the second quarter.

But Oklahoma City closed the half with an 11-6 run and took a 59-55 lead into halftime.

Though Westbrook struggled from the field early — missing 12 of his first 14 shots — he was effective on the offensive end from the start, with 10 first-quarter assists.

"I tried to attack the paint," Westbrook said. "A lot of teams for me load the paint and stop me from getting to the paint, so I tried to use that to my advantage, drawing three or four people and finding open guys.

"I tried to set the tone early."

Westbrook finished 8 of 23 from the field as Oklahoma City won for the third time in its last 10 games.

Caldwell-Pope led the Lakers with 23 points.

The loss was Los Angeles' second in the last six games despite playing with a roster missing its stars.

"I thought we brought the energy level that it takes to win," Walton said.

Without Tyson Chandler available, the Lakers weren't able to offer much resistance at the rim, especially early.

Eleven of Oklahoma City's first 12 baskets came near the rim.

Westbrook assisted on eight of those.

"We told our guys, he's a rare player — he's not a one-man, stay in front (player)," Walton said. "It takes two, three guys walling him up. We were OK giving up jump shots, even if they hit them, to anyone but Paul George. So if you weren't guarding Paul, we should've been in the paint.

"He had some rebounds where we're putting two, three guys on (Steven) Adams trying to get him off and Russ has always been a fantastic offensive rebounder."

Lakers: Power forward Kyle Kuzma missed his second consecutive game with left foot tendinitis. Kuzma was joined by LeBron James, Lonzo Ball, Brandon Ingram, Josh Hart and Tyson Chandler as Lakers missing the game due to injury. . Before the game, rapper Nipsey Hussle's music was played in the Lakers' locker room. The musician was shot and killed in Los Angeles on Sunday.

Thunder: Thunder center Steven Adams briefly left the game before halftime after being fouled by Moe Wagner. Adams told trainers he couldn't hear out of his right ear. He shot free throws before heading into the locker room. Adams started the second half. . Earlier Tuesday, the NBA rescinded the technical foul Russell Westbrook received Sunday in a loss to Dallas. It would've been Westbrook's 17th of the season, pushing him one away from a second one-game suspension. . The Thunder have trailed at halftime in 17 of their 20 games since the All-Star break. . Former Thunder guard Alex Abrines, who was released in early February, was at the game as a spectator.