More than 60 companies have given at least $100,000 to lawmakers in recent years who supported new restrictions on voting rights, a report found. 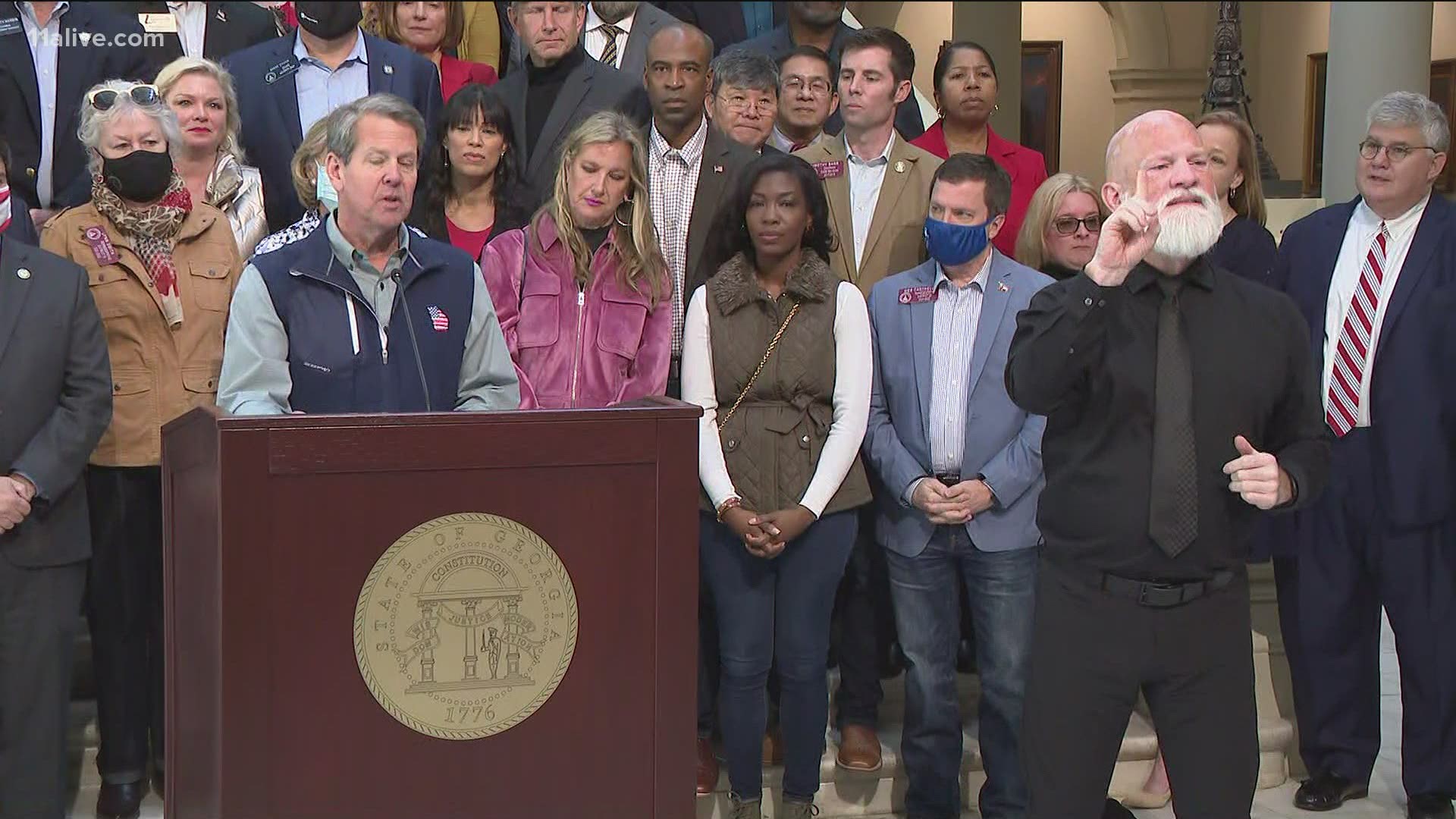 WASHINGTON — When executives from Coca-Cola and Delta Air Lines spoke out against Georgia's new voting law as unduly restrictive last week, it seemed to signal a new activism springing from corporate America.

But if leaders of the nation's most prominent companies are going to reject lawmakers who support restrictive voting measures, they will have to abruptly reverse course.

State legislators across the country who have pushed for new voting restrictions, and also seized on former President Donald Trump's baseless claims of election fraud, have reaped more than $50 million in corporate donations in recent years, according to a new report by Public Citizen, a Washington-based government watchdog group.

Telecom giant AT&T was the most prolific, donating over $800,000 since 2015 to authors of proposed restrictions, cosponsors of such measures, or those who voted in favor of the bills, the report found. Other top donors during the same period include Comcast, Philip Morris, United Health, Walmart, Verizon, General Motors and Pfizer.

The money may not have been given with voting laws in mind, but it nonetheless helped cement Republican control in statehouses where many of the prohibitive measures are now moving forward.

Whether companies continue to give to these lawmakers will test how far risk-adverse corporate leaders are willing to go in their increasingly forceful criticism of the restrictive efforts, which voting rights groups have excoriated as an attack on democracy.

"It really is corporate America, as a whole, that is funding these politicians,” said Mike Tanglis, one of the authors of the report. “It seems many are trying to hide under a rock and hope that this issue passes.”

More than 120 companies detailed in the report previously said they would rethink their donations to members of Congress who, acting on the same falsehoods as the state lawmakers, objected to the certification of President Joe Biden's win following the deadly attack on the U.S. Capitol by Trump supporters.

The tension is most evident now in Georgia, where a far-reaching new voting law has drawn an intense national scrutiny, prompting the criticism from Delta and Coca-Cola. On Friday, MLB announced it would no longer host the 2021 All-Star Game in Atlanta.

Yet it's unclear whether this aggressive new posture will extend to corporate campaign donation practices. And early indicators show there is risk.

Georgia's Republican-controlled House voted to strip Delta of a tax break worth tens of millions of dollars annually for their criticism of the new law, though the action was rendered moot after the GOP Senate failed to take it up before the legislative session adjourned.

RELATED: Corporate giants come out against Republicans’ efforts to restrict voting in Texas

What is certain, though, is that withholding corporate donations to state-level candidates, like many companies did at the federal level, would have a far greater impact in statehouses.

“A contribution of $5,000 to a U.S. senator who is raising $30 million is a drop in a bucket. But in some of these state races, a few thousand dollars can buy a lot of ad time,” said Tanglis. “If corporate America is going to say that (Trump's) lie is unacceptable on the federal level, what about on the state level?”

Public Citizen analyzed about 245 voting restriction bills proposed before March 1. They culled a list of sponsors and cosponsors, while also analyzing vote roll calls. Then they cross-referenced the data with state-level donation records dating back to 2015, which included money from company-sponsored political action committees, as well as direct contributions from corporate treasuries.

—Companies donated at least $50 million to lawmakers who supported voting restrictions, including $22 million in the 2020 campaign cycle.

—At least 81 Fortune 100 companies have given a combined total of $7.7 million to supporters of the restrictions.

—Nearly half of all Fortune 500 companies donated a combined total of $12.8 million to supporters of the restrictions.

—About three-quarters of the companies that changed their donation policies after the U.S. Capitol attack have also given to lawmakers who supported voting rights restrictions.

—More than 60 companies have given at least $100,000 to lawmakers who supported the restrictions.

—Separately, industry groups and trade associations contributed an additional $36 million to the lawmakers, $16 million of which was given during the 2020 cycle.

In response, AT&T said “the right to vote is sacred” but declined to say whether the company would withhold donations to state lawmakers as they did for members of Congress who objected to Biden's win.

“We understand that election laws are complicated, not our company’s expertise and ultimately the responsibility of elected officials. But, as a company, we have a responsibility to engage," AT&T CEO John Stankey said in a statement.

Verizon CEO Hans Vestberg said in a statement, “We strongly oppose the passage of any legislation or the adoption of any measure that would make it harder" to vote. But he stopped short of pledging any specific action.

Comcast said in a statement that "efforts to limit or impede access to this vital constitutional right for any citizen are not consistent with our values.” The company would not comment on whether it would evaluate its giving to lawmakers who support the measures.

Altria, the parent company of Philip Morris, said in a statement that “every eligible voter should be able to exercise their right to vote” and pledged to monitor lawmakers' “alignment with our political contribution guiding principles when making future contribution decisions."

Other companies listed in the report declined to comment, or did not respond to inquiries from The Associated Press.

Pressure has been particularly intense in Georgia, where Republican Gov. Brian Kemp recently signed a sweeping new law that bans people from handing out food or water to voters waiting in line and allows the Republican-controlled State Election Board to remove and replace county election officials, among many other provisions.

Two of the top corporate contribution recipients detailed in Public Citizen's report were among the sponsors of the measure.

Since 2015, Republican state Sen. Jeff Mullis has collected more than $869,000 in donation from corporate PACs. Among his top corporate donors were AT&T ($15,900) and United Health Group ($12,900), according to the report. Mullis is chairman of the Georgia Senate’s Rules Committee, which plays a key role in determining which bills make it to the floor for a vote.

Miller and Mullis did not respond to requests for comment.