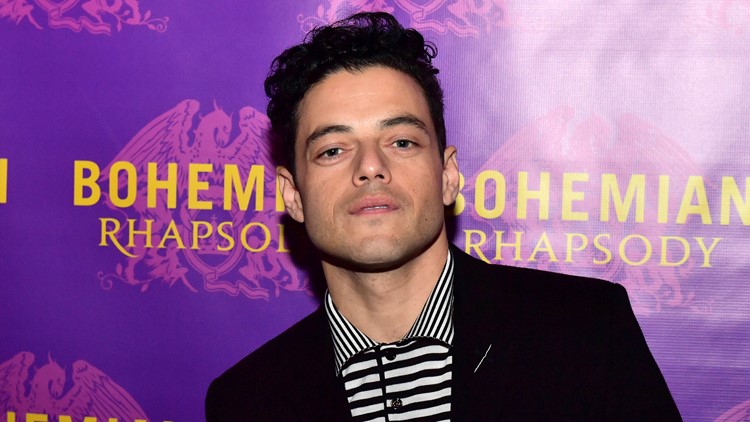 For some critics, "Bohemian Rhapsody" is little more than just fantasy.

While many reviews have knocked the Queen biopic (in theaters Friday) for its by-the-numbers storytelling, a contingent of people have also taken issue with the movie's depiction of lead singer Freddie Mercury's sexuality – or rather, its lack thereof.

Grumblings started online in May with the release of the first "Bohemian" trailer, which Twitter users slammed for seemingly "hiding" the fact that Mercury was bisexual and died of AIDS.

“Anyone else mildly annoyed that the Bohemian Rhapsody trailer features gay/bi superstar Freddie Mercury flirting with and twirling with a woman but no indication of his love of men?” "American Gods" producer Bryan Fuller tweeted.

Much of the story revolves around Mercury's relationship with his former fiancée and lifelong confidante Mary Austin (Lucy Boynton), whom he repeatedly calls the "love of my life." Their romantic relationship hits a rough patch midway through "Bohemian" when she suspects him of cheating on her with men. When Freddie eventually comes out to her as bisexual, Mary corrects him in the moment, saying, "Freddie, you're gay."

Into, a gay online magazine, accused the movie of "bi erasure," writing that it's "an outright dismissal of who Mercury was." By relegating Hutton to just a couple of short scenes and ignoring his relationships with other men and women (including German restaurateur Winfried Kirchberger and German actress Barbara Valentin), the film seemingly tries to make the flamboyant frontman more palatable for general moviegoers.

"I totally understand" the criticism, says Rami Malek, who has earned raves for his spot-on portrayal of Mercury. Had "Bohemian" been a miniseries, he adds, there would have been more time to explore the rock icon's sexuality.(The movie ends with Queen's 1985 Live Aid performance – the same year the singer started dating Hutton, who was with Mercury until his death in 1991 at age 45.)

"He had a beautiful relationship with Jim Hutton, and we had a finite period in which we wanted to tell this story," Malek says. "Believe me: There were conversations left and right about how to incorporate more of that story into this film. It was something I pushed for, to be quite honest, as much as possible and repeatedly brought to the attention of producers and directors and everyone who would listen.

"Freddie Mercury is a gay icon, and he's an icon for all of us," Malek adds. "I hope people do not feel that the film does a disservice to the community, and if it were me, I would've loved to have incorporated more."

Even when "Bohemian" does address Mercury's sexuality directly, it's in a way that Forbes describes as both "homophobic" and "slut-shaming" – suggesting that being gay was his downfall. After separating from Austin, Mercury adopts a hard-partying lifestyle of drinking, drugs and sex (merely hinted at by a few quick kisses with other male characters). In one montage, he walks into a dimly lit gay club filled with leering, leather-clad men as Queen's "Another One Bites the Dust" plays.

Producer Graham King insists that the intention wasn't to equate "being gay means being dark." And while many critics of the movie (which has just 55% positive reviews on Rotten Tomatoes) have called it a sanitized rewrite of Queen's story, King says he never set out to make a gritty behind-the-scenes drama.

"I know there's been a lot of talk about how the film's not edgy enough, it's not R-rated, it's not going into Freddie's life," the producer says. "That version is a highly cliched version of a film about an iconic rock star with parties and drugs. We've all seen that before. I set out to make a celebration of their music and their lives and a real crowd-pleaser."