Prince Harry told reporters they haven't picked out a name yet for their baby boy. 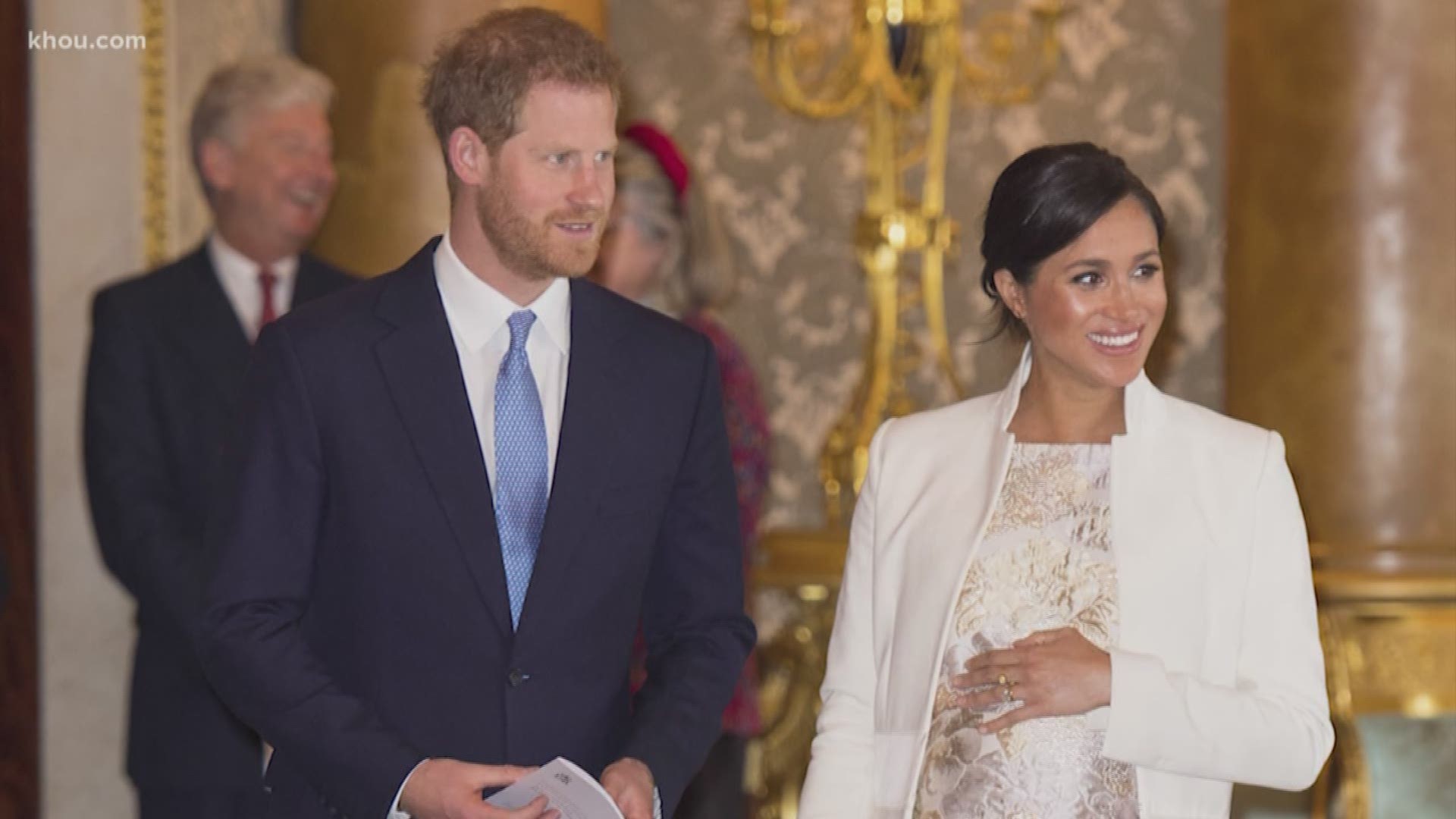 Meghan, the Duchess of Sussex, gave birth to a healthy baby boy early Monday morning, a beaming Prince Harry announced to the world, declaring he's "incredibly proud" of his wife.

The baby weighed 7 pounds, 3 ounces at birth and was born at 5:26 a.m. Harry said the child was a little bit overdue and that had given the royal couple more time to contemplate names.

Harry said he was ecstatic about the birth of their first child and promised that more details — such as the baby's name — will be shared in the coming days. The couple said earlier they were not going to find out the baby's sex in advance.

"This little baby is absolutely to die for," he said. "I'm just over the moon." 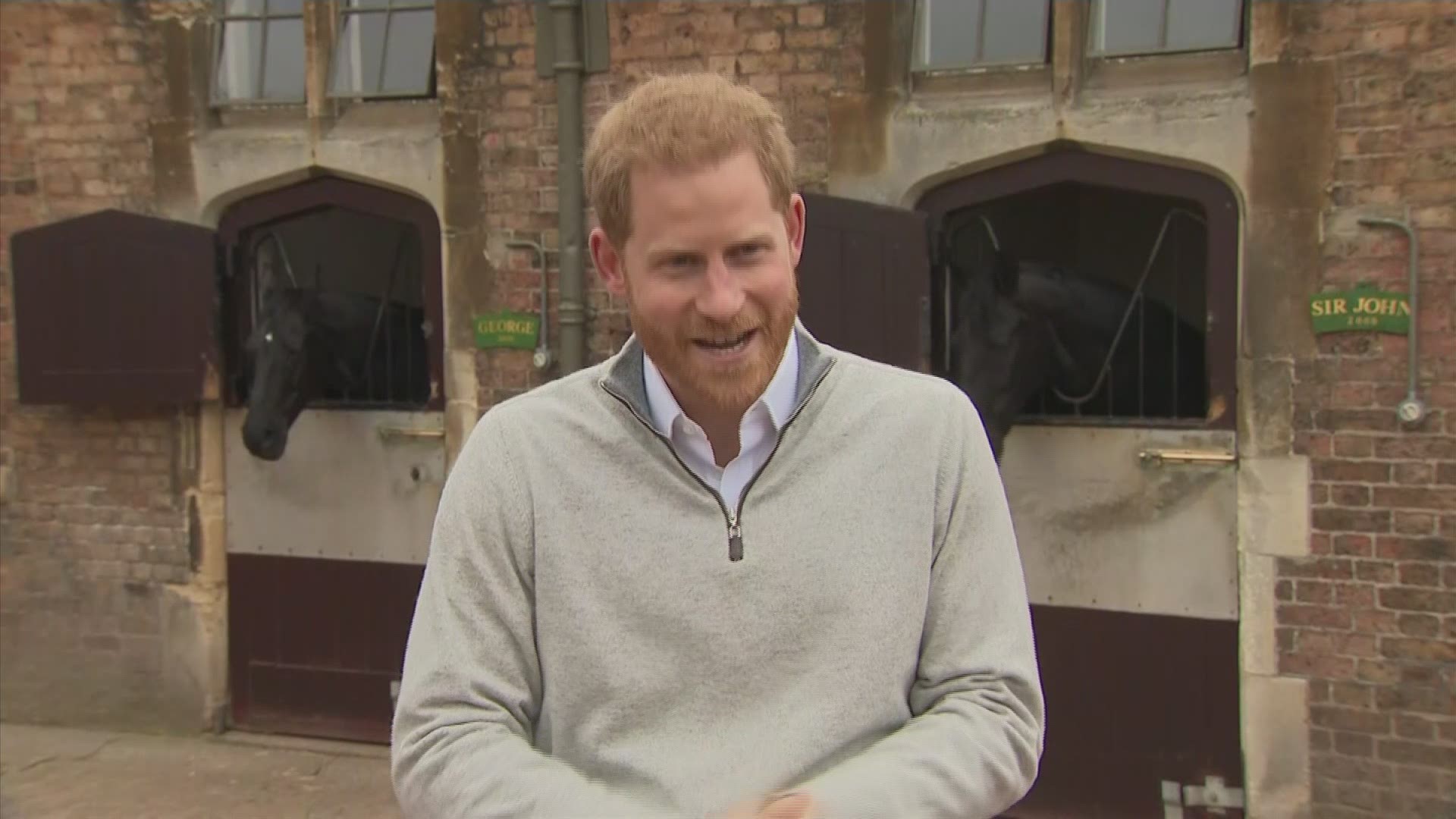 The infant is seventh in line to the British throne and Queen Elizabeth II's eighth great-grandchild. Harry is the younger son of Prince Charles, heir to the throne, and the late Princess Diana, who died in a Paris car crash in 1997.

The 34-year-old Harry, speaking before TV cameras on Monday afternoon in Windsor, said he was present for the birth.

"It's been the most amazing experience I could ever have possibly imagined," he said. "How any woman does what they do is beyond comprehension.

"We're both absolutely thrilled and so grateful for all the love and support from everybody out there. It's been amazing, so we just wanted to share this with everybody," he gushed.

Meghan's mother Doria Ragland was reportedly also with her daughter and said she is overjoyed, according to British media. Senior royals were informed of the birth, as was the family of Diana, Harry's late mother, before he went before the cameras.

The couple's Instagram account said: "It's a boy! Their Royal Highnesses the Duke and Duchess of Sussex are overjoyed to announce the birth of their child."

Harry said he planned to make another announcement, probably in two days' time, "so everyone can see the baby." It's expected they will pose for a family picture at that point.

The former Meghan Markle, 37, was an American TV star before retiring from acting to marry Harry at St. George's Chapel on the grounds of Windsor Castle a year ago.

The child will be eligible for dual British-U.S. citizenship if Meghan and Harry want to go through the application process.

The birth of Britain's latest royal baby marks the completion of Harry's transformation from a boy whose mother died when he was just 12 to a sometimes-troubled teen, a committed military man, a popular senior royal, a husband and now to a proud father. He has long spoken of his desire to start a family.

He and his older brother, Prince William, along with their wives, are seen by many in Britain as the new, fresh faces of a royal family that had become stodgy and aged. They are raising the next generation of royals amid a genuine groundswell of British public support for the monarchy.

Meghan in particular represents a change for the royals.

At 37, she is older than Harry, had a previous marriage that ended in divorce and has strong feminist views. As the daughter of a black mother and a white father, she says she identifies as biracial.

Meghan also achieved considerable success in her own right before agreeing to a blind date with Harry that changed both of their lives. Meghan had an important role in the popular TV series "Suits," pressed for increased women's rights around the world and had a wide following even before she joined the world's most famous royal family.

Harry and Meghan recently moved from central London to a secluded house known as Frogmore Cottage near Windsor Castle, 25 miles (40 kilometers) west of London. The move is seen in part as reflecting a desire for privacy as they raise their first child.

It also separates Harry and Meghan from William and his wife Kate, the Duchess of Cambridge, who had been living in the same compound at Kensington Palace in central London with their three children, the new baby's cousins.