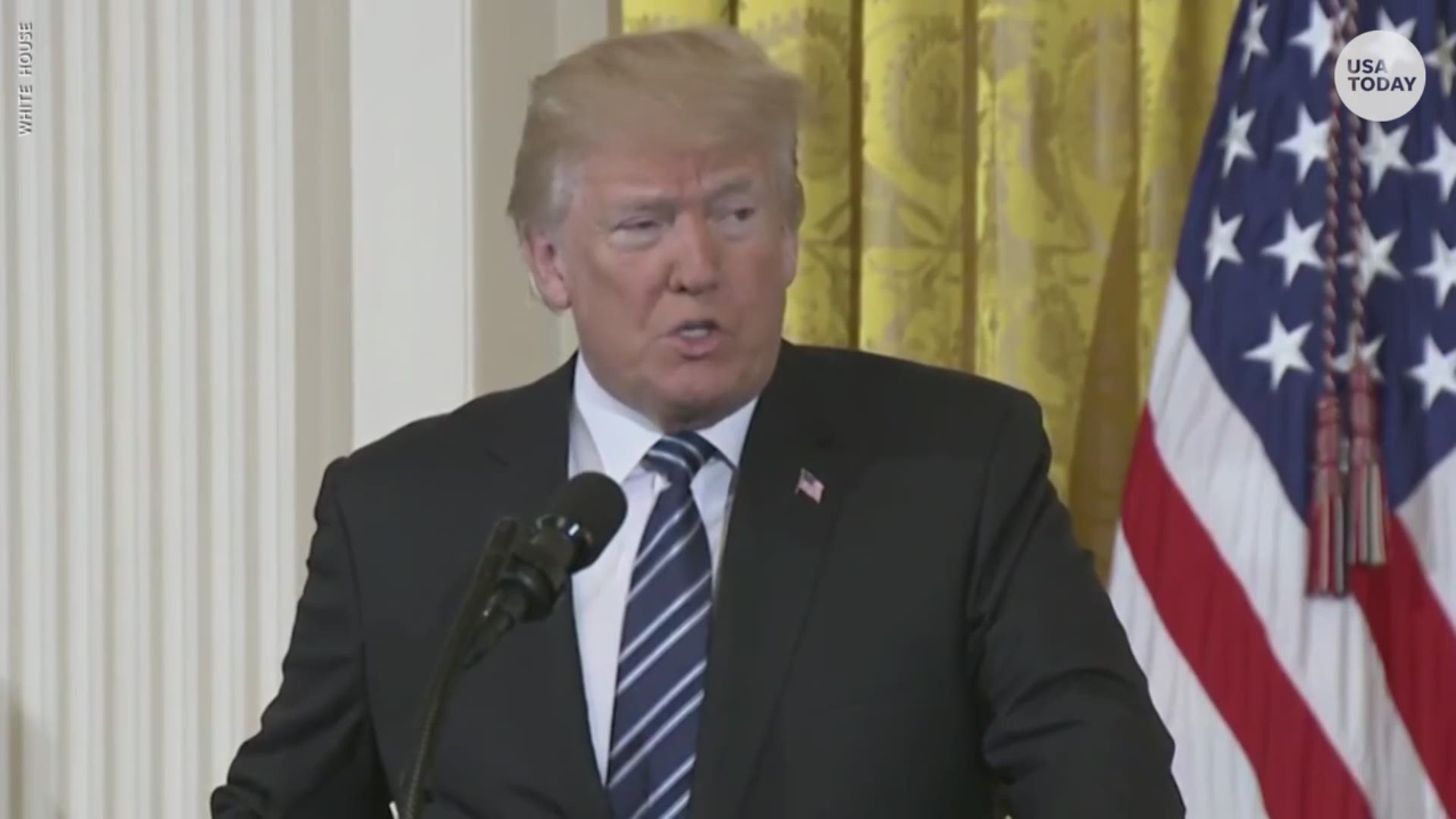 In the aftermath of a shooting that left multiple people dead at a Texas high school, President Trump said Friday his administration would "do everything in our power" to protect students.

"My administration is determined to do everything in our power to protect our students, secure our schools and do everything we can to keep weapons out of the hands of those who pose a threat to themselves and to others," Trump said during an event at the White House. "Everyone must work together at every level of government to keep our children safe."

The president also expressed his condolences to the victims at Santa Fe High School in Santa Fe Texas. Several news outlets have reported multiple fatalities, and the gunman has been arrested.

"We grieve for the terrible loss of life and send our support to everyone affected by this absolutely horrific attack," he said. "To the students, families, teachers and personnel at Santa Fe High, we are with you at this tragic hour and we will be with you forever."

Trump has previously promised his administration would work on school safety before. Following the now infamous high school shooting in Parkland, Fla., the president met with students for an emotional forum in February. There, he promised tougher background checks and mental health screens for gun buyers.

He has also met with lawmakers to discuss solutions, and called for arming teachers.

And as more people have called for gun control in recent months, the Justice Department has proposed a ban on so-called bump stocks, which allow rifles to mimic machine guns. Bump stocks were used in last year's Las Vegas shooting massacre that left 58 people dead.

Trump's Friday remarks followed a tweet he sent that morning. 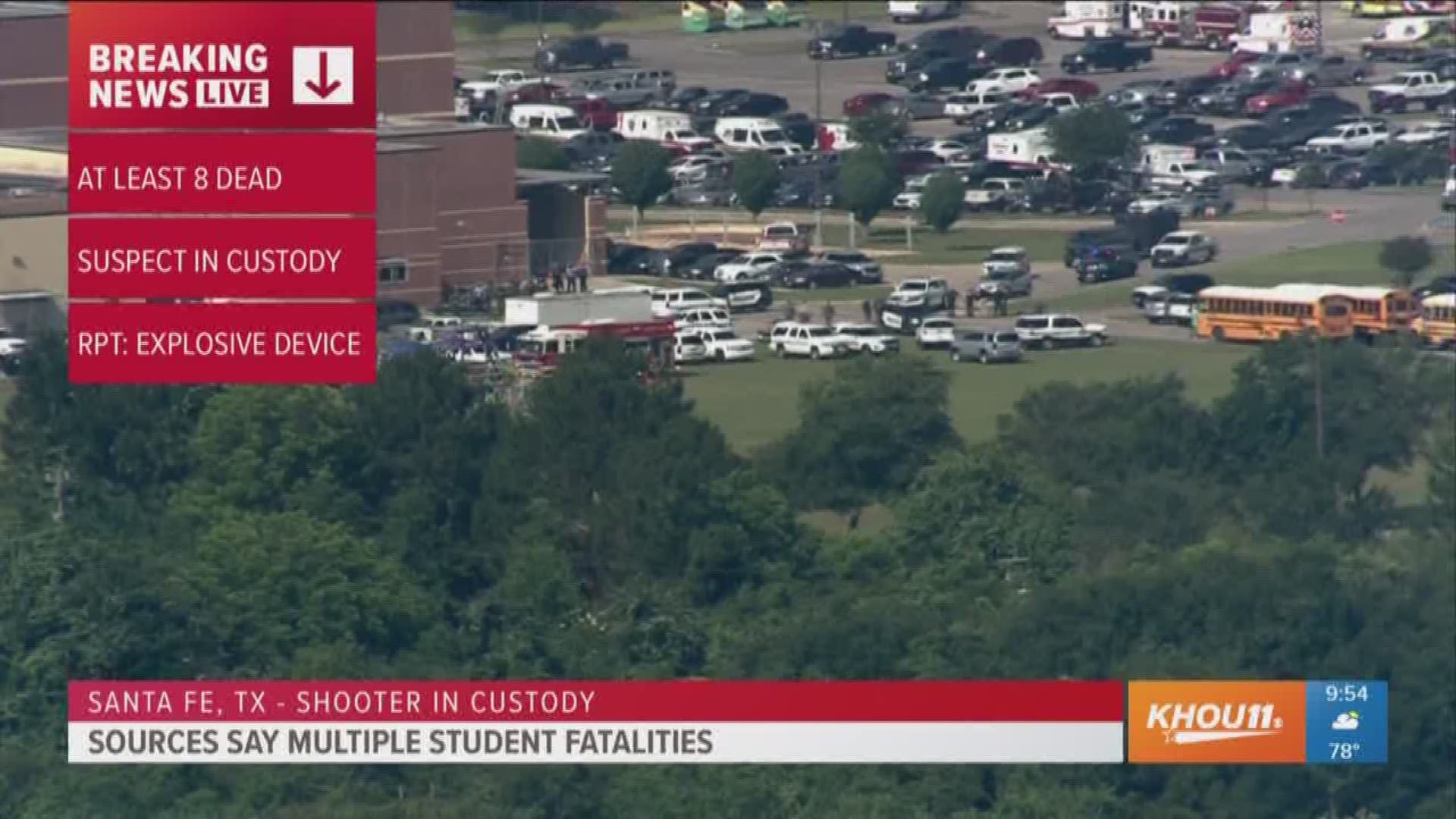 On average, there has been one school shooting a week in the United States in 2018 alone, according to CNN. But Trump doesn't tweet about every incident, and it's unclear why he comments on certain situations.

In January, he tweeted about the school shooting at Marshall County High School in Benton, Ky., which left two people dead and several others injured.

Earlier today, I spoke with @GovMattBevin of Kentucky regarding yesterday’s shooting at Marshall County High School. My thoughts and prayers are with Bailey Holt, Preston Cope, their families, and all of the wounded victims who are in recovery. We are with you!

And in February, he tweeted about the now infamous Parkland, Fla., shooting at Marjory Stoneman Douglas High School, where a gunman killed 17 people.

Just spoke to Governor Rick Scott. We are working closely with law enforcement on the terrible Florida school shooting.