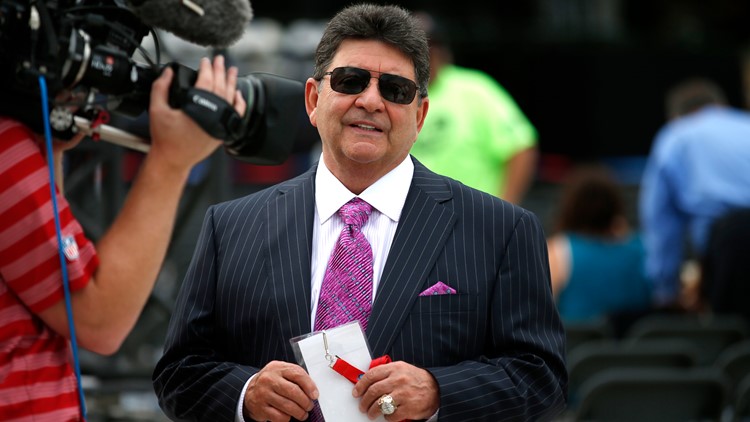 Photo by: AP
In this Aug. 8, 2015, file photo former owner of the San Francisco 49ers Edward DeBartolo, Jr., is interviewed before the Pro Football Hall of Fame ceremony at Tom Benson Hall of Fame Stadium in Canton, Ohio.

DeBartolo Jr. built the San Francisco 49ers' 1980s-'90s dynasty. He was involved in one of the biggest owners' scandals in the sport's history.

In 1998, he pleaded guilty to failing to report a felony when he paid $400,000 to former Louisiana Gov. Edwin Edwards in exchange for a riverboat gambling license.

The White House announced the surprise decision to reporters Tuesday.

A handful of NFL legends were in attendance for the announcement, including Jerry Rice and Jim Brown.

DeBartolo's sister took controlling ownership of the 49ers in 2001 and her family now runs the team, according to Forbes, who said DeBartolo's net worth is $2.6 billion.