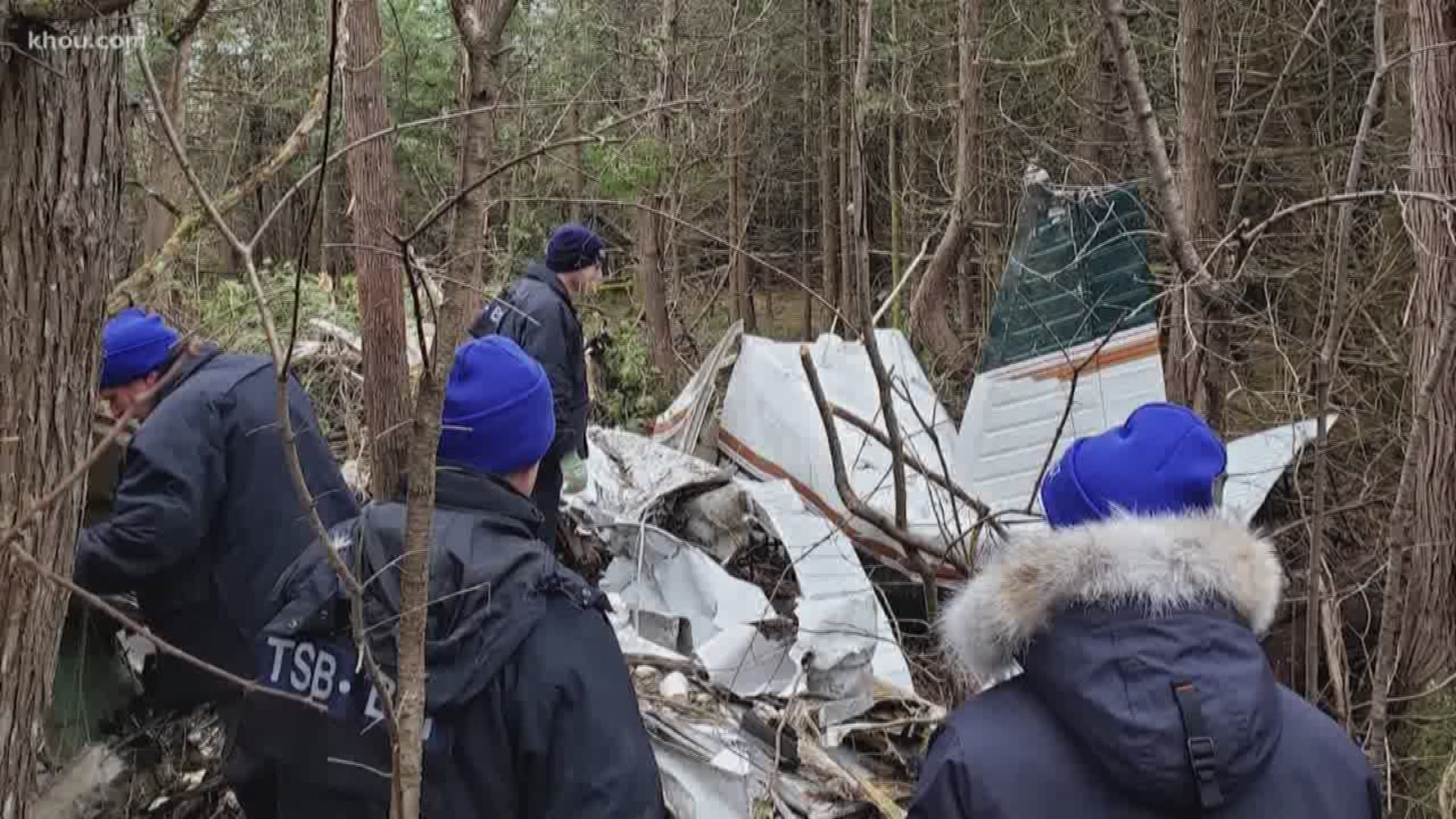 KINGSTON, ON — A family flying a U.S.-registered plane died in a crash in Kingston, Ontario Wednesday night when the small Piper plane they were flying in hit terrain, according to Canadian officials.

The Transportation Safety Board in Canada announced four adults and three children died in the crash. The aircraft was destroyed and there was no post-impact fire. They said five were Americans.

The plane left from the Toronto area and was heading to Kingston. Prior to the crash, there was communication between the pilot and Kingston Flight Service Station. At about 4 p.m., the plane went down about 2.8 miles north of Kingston.

Friends in the Uzbeki community gathered at Otabek Oblokulov's Missouri City home Friday morning to help each other grieve, heal, and begin to get the family's affairs in order.

One of the friends told KHOU 11 News that Oblokulov has a nephew here in the United States, and a blood-related brother living in Qatar. That friend said they are trying to get that brother to the Houston area to help with the family's affairs.

FAA records show that a plane similar in description to the one that crashed, a Piper PA-32, is registered to Oblokulov and his address in the Houston area.

In an interview with CBC News in Canada, a friend of Otabek Oblokulov confirmed that they were expecting his family and a young Canadian couple that was also on board.

That friend also told CBC News that Oblokulov and his passengers were supposed to welcome the families for a brief stop in Kingston before the two families traveled on to Quebec City. Investigators said the plane's final destination was Quebec City, but that it made communications with the Kingston Flight Service Station before the crash.

Officials said the people on board were participating in a "visual flight rules" flight, what the TSB described as when a pilot flies without the use of instruments, relying on their eyesight for visual reference to the ground.

The TSB spokesperson said those flights typically occur during daylight and that it's a "very different ballgame" when pilots fly VFR.

"When you rely on instruments, you know where you are exactly," TSB spokesperson Alex Fournier said. "Flying VFR you need to look at the ground all the time. You rely on your vision entirely."

Fournier said, generally, pilots need to have specific skills to be able to switch quickly enough between flying VFR and flying using the plane's instruments.

"If you face bad weather all of a sudden, it can be hard to switch to instruments," Fournier said.

According to the Aircraft Owners and Pilots' Association, VFR flights must follow certain standards for visibility and cloud clearance.

Oblokulov's neighbors in Missouri City told KHOU 11 News Thursday that they saw Oblokulov and his family leave his home about three days ago, but did not know where they were going.

After the crash, the plane's emergency transmitter activated, the TSB said. The wreckage was found by a Royal Canadian Air Force CH-146 Griffon helicopter crew.

The TSB said the plane had seat belts, but it is unclear at this time if the passengers were wearing them.

Investigators said all pieces of the plane were still there but needed to be reconstructed "like a puzzle," to see if it was working properly at the time of the incident.

The plane did not have a flight data recorder, but it is not required to, investigators said.

Anson Air, an aviation school based in Sugar Land, posted a photo on March 4 of Otabek Oblokulov standing in front of his newly acquired Cherokee Six plane, which the school helped him get. Oblokulov got his license in May 2018 and the certificate for that plane in March 2019, according to FAA records.

Anson Air
Congratulations to Otabek Oblokulov on his first airplane, this beautiful Cherokee 6 260 we helped him acquire! 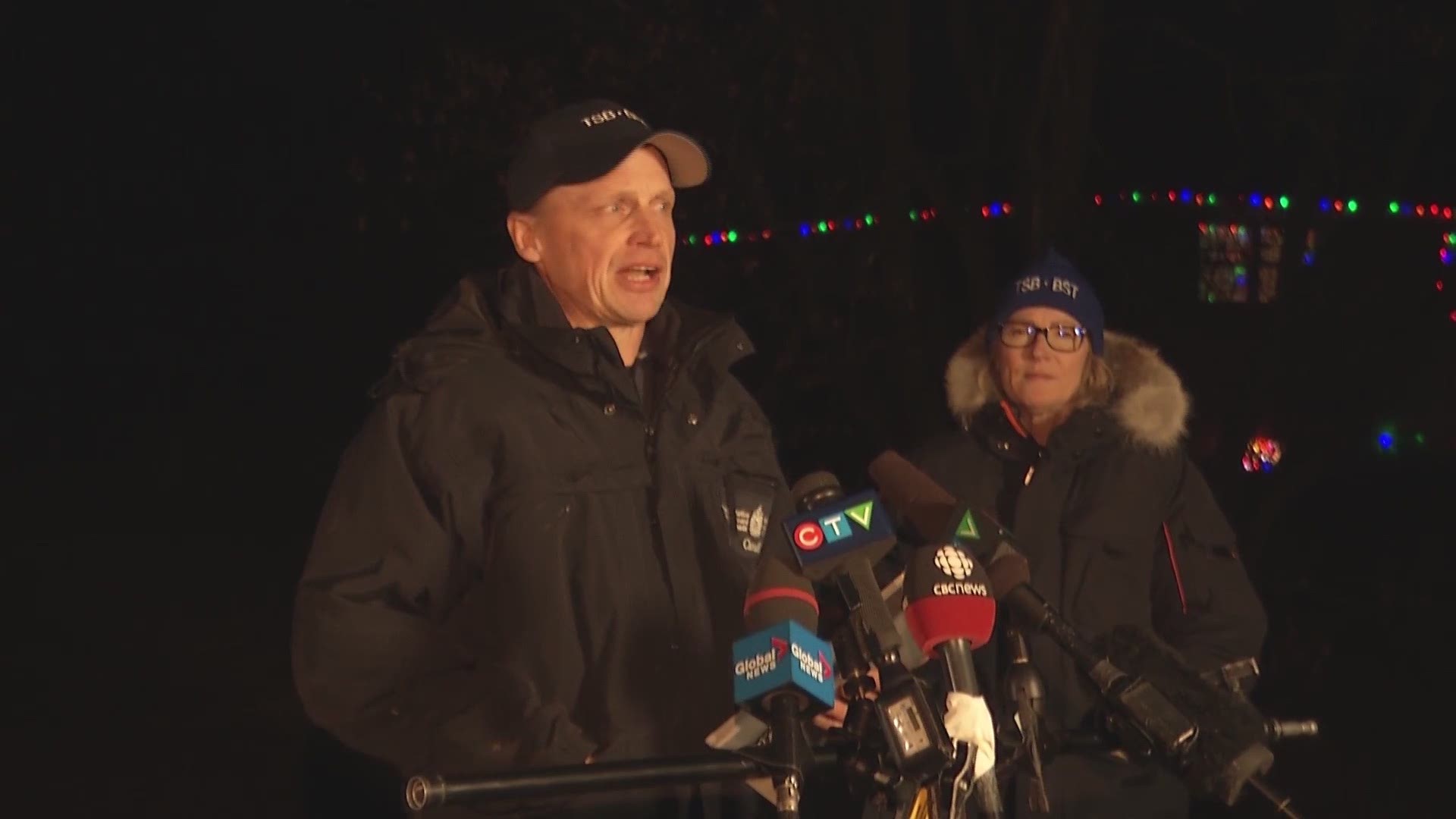 The U.S. Embassy in Ottawa issued this statement:

"We are aware of U.S. citizens involved in the plane crash yesterday in Kingston, Ontario. We extend our deepest condolences to the families of those who lost their lives. We are in contact with the local authorities and stand ready to provide all appropriate consular support. Out of respect for their families, we are unable to provide additional information at this time."

RELATED: Lights in the night sky: Skydivers pull off pyrotechnic-filled stunts that some thought were meteor showers

RELATED: Plane crashes into homes in Congo; at least 26 dead