Rivera's body was found in Lake Piru on the seventh anniversary of the 2013 death of co-star Cory Monteith. 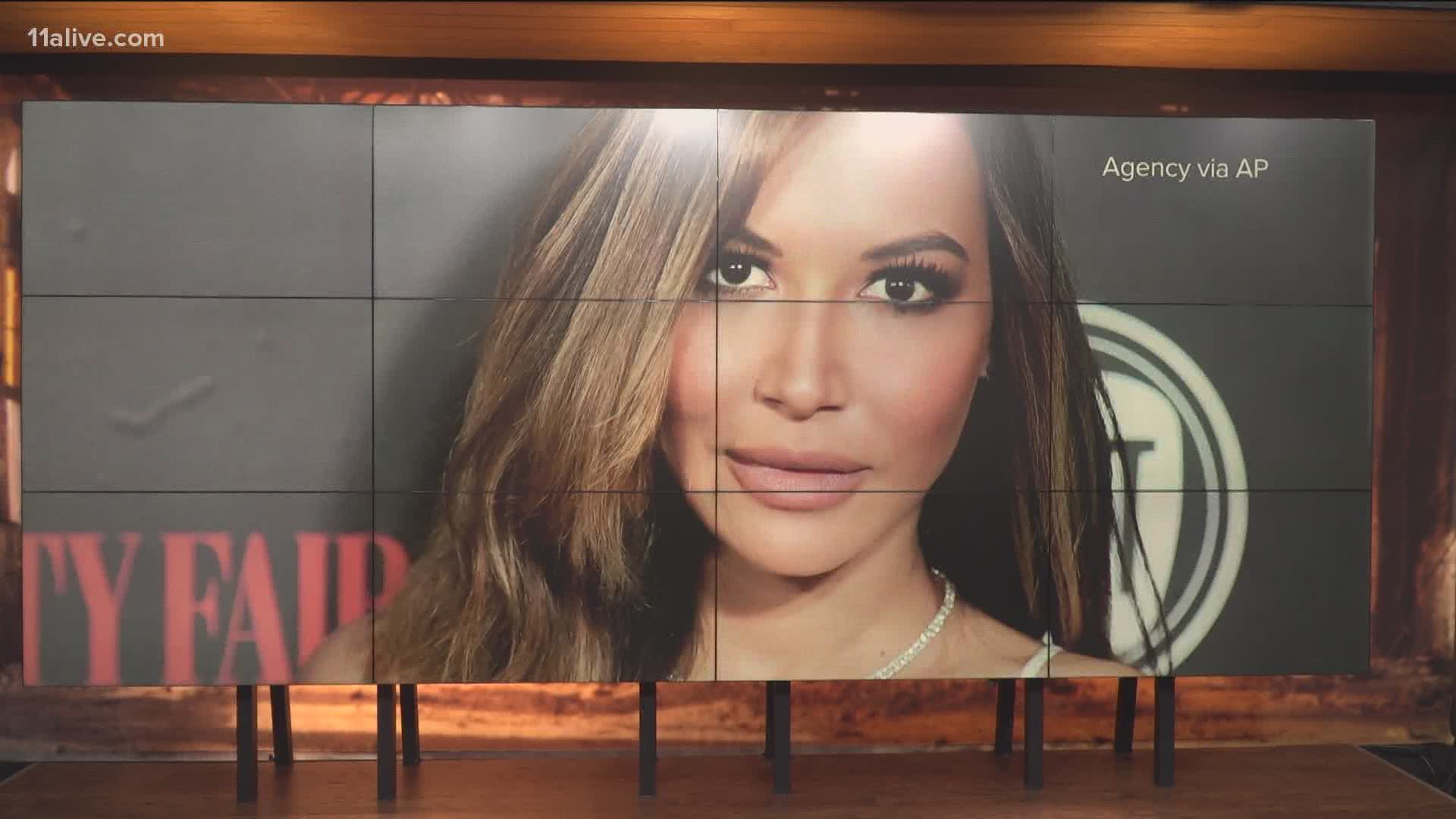 LOS ANGELES — “Glee” star Naya Rivera ’s 4-year-old son told investigators that his mother, whose body was found in a Southern California lake Monday, boosted him back on to the deck of their rented boat before he looked back and saw her disappearing under the water, authorities said.

“She must have mustered enough energy to get her son back on the boat, but not enough to save herself,” Ventura County Sheriff Bill Ayub said at a news conference.

The boy, Josey Hollis Dorsey, was found asleep and alone in a life vest on the drifting pontoon boat about three hours after they launched on Lake Piru northwest of Los Angeles, setting off a five-day search that ended with the discovery of the body of the 33-year-old floating near the surface early Monday, authorities said.

Credit: AP
FILE - Naya Rivera, a cast member in the television series "Glee," poses at a screening and Q&A for the show, at the Academy of Television Arts and Sciences in Los Angeles on May 1, 2012.

The mother and son had gone swimming, which was permitted in that part of the lake, Ayub said. She was not wearing a life vest.

Authorities believe that Rivera drowned accidentally, and that her body was most likely trapped in the vegetation under the lake for several days before floating to the top, Ayub said.

Divers had already thoroughly searched the area where she was eventually found, but shrubbery that had grown wildly in the area, which was recently dry, must have kept her hidden in the murky water.

Family members chatted with Rivera via FaceTime when she was on the boat, and search crews watched those videos for clues to where she might have gone down, Ayub said.

“It has been an extremely difficult time for her family throughout this ordeal,” Ayub said “We share in their grief.”

Rivera played singing cheerleader Santana Lopez for six seasons from 2009 to 2015 on the Fox musical-comedy “Glee.”

She is the third major cast member from the show to die in their 30s.

The announcement of her death comes seven years to the day after co-star Cory Monteith died at 31 from a toxic mix of alcohol and heroin, with the series losing one of its leads while it was still on the air.

Credit: Dan Steinberg/Invision/AP
FILE - In this April 1,3 2013, file photo, actress Naya Rivera arrives at Logo's NewNowNext Awards in Los Angeles. A member of a team searching a Southern California lake for Rivera, the missing TV star, said Sunday, July 12, that he's confident his crew is getting a clearer idea of where in the lake to find her, a magazine reported. Robert Inglis of the Ventura County Sheriff’s Office Search & Rescue Team told Us Weekly that Rivera sent to a family member of picture of her 4-year-old son, Joey, in front of a cove before she disappeared July 8 after diving into Lake Piru. (Photo by Dan Steinberg/Invision/AP, File)

Another co-star, Mark Salling, who Rivera dated at one point, killed himself in 2018 at age 35 after pleading guilty to child pornography charges.

Rivera's body was flown by helicopter 40 miles (64 kilometres) to the coroner’s office in Ventura, where an autopsy would be conducted and an official identification made, authorities said.

Ayub said the circumstances from the location of the body to the fact that no one else has been reported missing in the lake makes the department “confident that the body we found is Naya Rivera.”

Rivera had experience boating on the lake in Los Padres National Forest an hour's drive from Los Angeles.

It was closed down and searched by dozens of divers with help from sonar and robotic devices combing the bottom and helicopters and drones searching above.

Surveillance video showed the mother and son parking and renting the boat at about 1 p.m. on July 8.

The vendor who rented it to them went looking for them when they failed to return on time, and found the boat drifting in the northern end of the lake with the boy aboard.

The boy, Rivera’s son from her marriage to actor Ryan Dorsey, was safe and healthy and quickly reunited with family members after he was found, authorities said.

His parents divorced in 2018 after nearly four years of marriage.

The day before her death, Rivera tweeted a photo of herself and Josey that read, “just the two of us.”