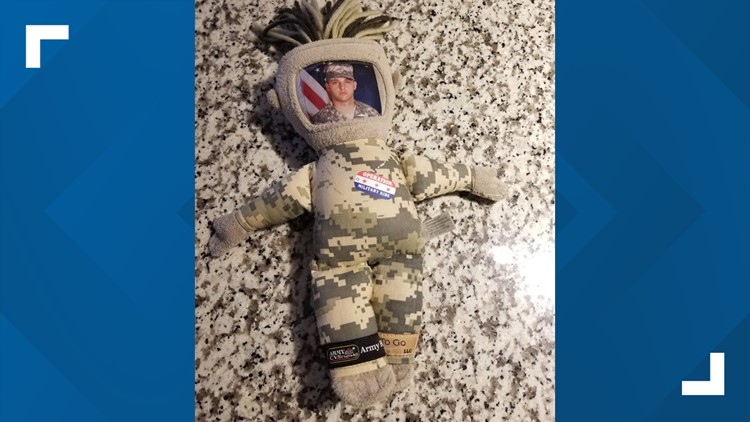 A little girl in Southwest Ohio is asking for help finding her daddy...sort of.

According to a Facebook post from Jessica Osborne in Springboro (not far from Cincinnati), her husband is in the military, and her daughters were each given "daddy dolls" to help them when he is away at training. The stuffed camouflage doll features the father's military photo on the front.

However, while in Lebanon this past Friday, her 3-year-old's daddy doll got lost. Osborne believes it may have been misplaced while at a Dairy Queen or pizza restaurant, and is now pleading for someone to help find it.

Jessica Osborne
My toddler lost her daddy doll on Friday. We were at Larosas, Dairy Queen on Columbus Ave. and also in the neighborhood attached. It could also be on route from 48➡️BunnellHill➡️FivePoints The daddy...

"She is devastated," Osborne wrote. "We use it often when he trains and she isn't able to see or speak to him."

Osborne says the missing doll is not the one in the photo attached (that is actually her oldest daughter's doll), with the missing one having no dog tags or stickers. Anyone with information on where the doll might be is encouraged to contact Osborne through Facebook.