Oak Ridge Boys kept solemn promise to George H.W. Bush: 'It's what you do for friends'

Long before his death, former president George H.W. Bush said that he wanted his favorite group to sing at his funeral. 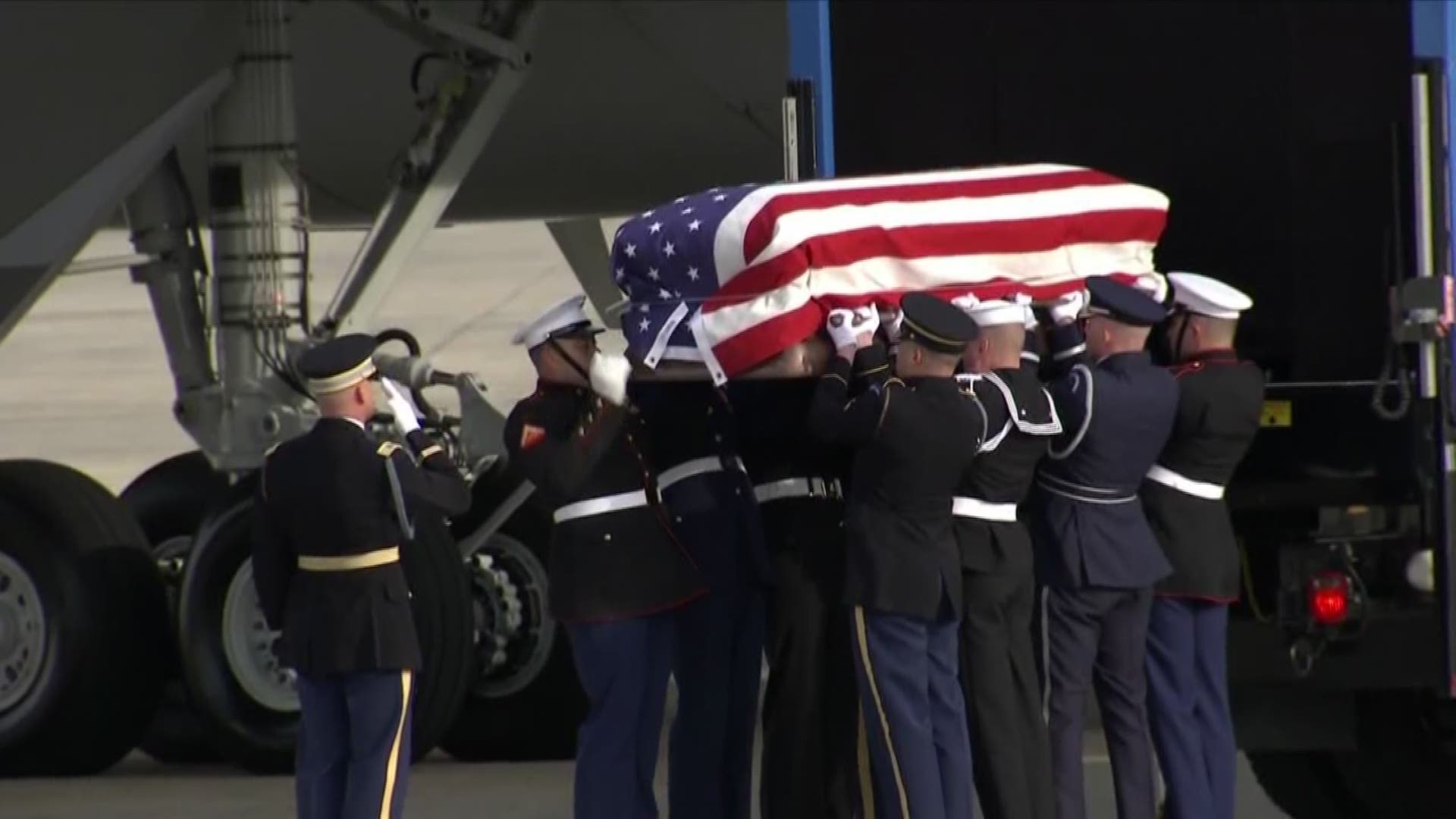 The Oak Ridge Boys have taken a suit and tie everywhere they’ve gone for the last couple of months in preparation for the call members knew was coming sooner than later.

Long before his death, former president George H. W. Bush wrote that he wanted his favorite group – The Oak Ridge Boys – to sing “Amazing Grace” at his funeral. When Bush, the nation’s 41st president, passed away Friday, Oak Ridge Boys members were ready to show up whenever they were needed. Suits in hand, the men will board a private jet Wednesday night following their concert in Spokane, Wash., to fly overnight to Houston, Texas. About four hours after they land, they’ll start preparing for Bush's hometown funeral service.

“It’s what you do for friends,” said the Oak Ridge Boys’ Duane Allen.

The group has been in talks with the Bush family to participate in Bush’s final proceedings for six months, but the call came three or four weeks ago that his condition had deteriorated further.

First performed for Bush in 1980s

Allen’s relationship with Bush dates back to the 1960s when the singer and his friends were hired to distribute flyers promoting Bush, who was then running for office in Texas. In the 1980s, when Bush was vice president, Allen remembers the group met the young politician when they were booked to play a barbecue at the White House. Bush had to leave for Africa before the group’s performance, but he couldn’t start his trip without seeing them sing.

“We were doing soundcheck and here came this long and lanky guy with a bag over his shoulder running toward the stage from the White House,” Allen recalled. “He said, “I’m a huge country music fan and you’re my favorite group. Is there any way you can do some songs for me?’”

Bush requested little-known album cuts, which the Oak Ridge Boys gladly played for him. And, he presented the group with vice presidential T-shirts from the bag he carried from the White House.

“That was the start of our relationship with George H.W. Bush,” Allen said. “We sang for him at his call after that. We’d fly to Kennebunkport (Maine) with our wives, and stay in their house and spend the summertime with them together. We last went two years ago and had lunch with them. Those were some of the most special times in our lives.”

The Oak Ridge Boys sang “Amazing Grace” for Bush during his inauguration ceremonies, in the White House and at this family’s home in Maine. The singers feel privileged to get to sing it for him one more time.

"President Bush means so much to us," said The Oak Ridge Boys' Richard Sterban. "George Bush requested before he passed away that we sing 'Amazing Grace,' his favorite song, at his funeral. There's no way we wouldn't do it. He always taught us to do the right thing, and it is a tremendous honor. One final time here on this earth, we're going to sing it for him and we believe in our hearts we'll see him again one day and we'll sing it for him again."