NTSB: Miami bridge that collapsed and killed 6 had design errors 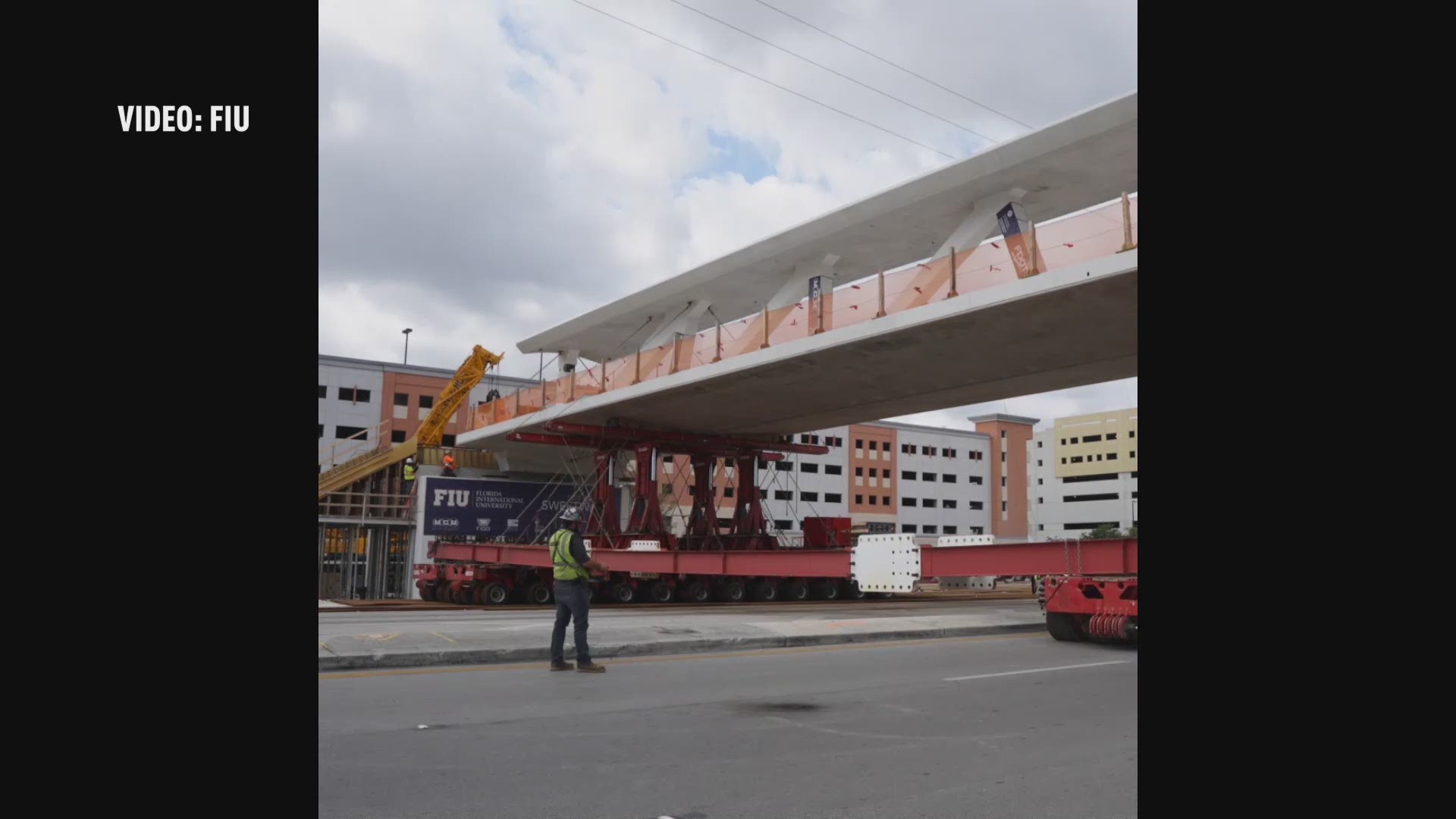 The National Transportation Safety Board will continue to investigate the collapse of the 174-foot-long section of the Florida International University bridge that was under construction. The board hasn't ruled on what caused the collapse, and the results could take months.

The errors in the design of the northern edge of the bridge overestimated how much stress the structure could take, according to the two-page board update. Cracking observed in the bridge before the collapse was consistent with the design errors, according to the board, which received help in analyzing the incident from the Federal Highway Administration’s Office of Bridges and Structures.

Besides the six fatalities, eight people were injured in the collapse March 15. Eight vehicles were crushed beneath the bridge that had been under construction above Southwest Eighth Street, and seven were occupied.

The FHA’s Turner-Fairbanks Highway Research Center conducted numerous tests and examinations of concrete and steel samples taken from the bridge.

Despite the collapse, the tests found that concrete samples from the bridge deck and canopy met requirements and that the concrete met Florida Department of Transportation specifications.

The $14.2 million bridge was being built under a process that allowed for installation of large sections, but one that experts said left it vulnerable to collapse until it was completed.

The structure above a seven-lane road was intended to link the university's new dorms with off-campus housing. When completed, the structure would have been 289 feet long and 109 feet tall.

When the 950-ton bridge collapsed, a witness said it sounded "like the world was ending." Rescuers clawed through the rubble to help survivors.

One part of the bridge came down on the driver's side of a car, killing the female driver but not the passenger, a witness said. Another part fell on the hood of a car with a husband and wife inside – safe.