Begaye was a Diné warrior who served the country in the Marine Corp during World War II. 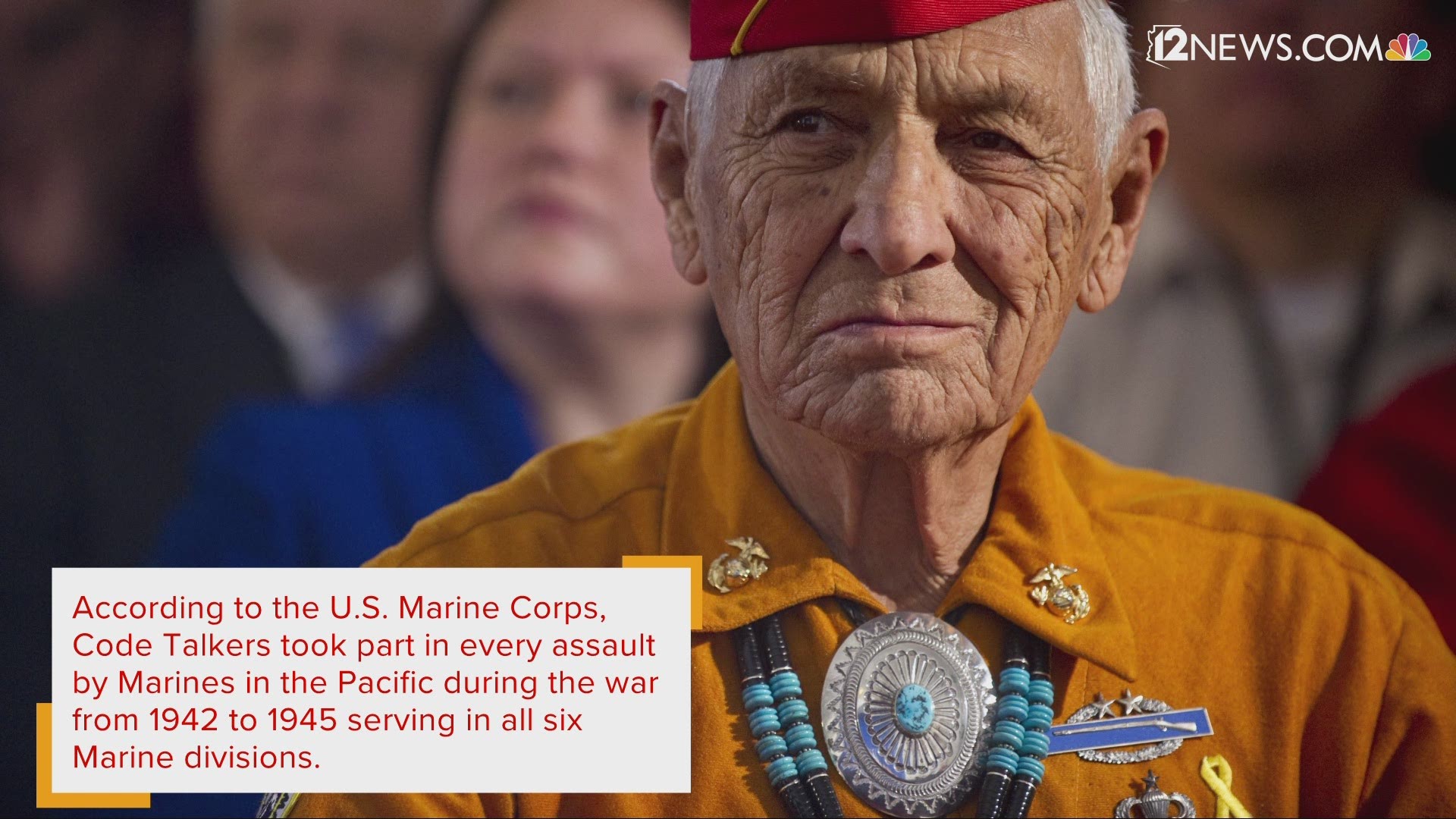 Begaye is one of the last surviving veterans from the Navajo Nation who used their unique native tongue in World War II.

Begaye was in the Marine Corps from 1943 to 1945. He served in the Battle of Tarawa and the Battle of Tinian and was injured. He spent a year in a naval hospital, according to Nez.

“The Navajo Nation has lost another brave and selfless Diné warrior, who sacrificed more than we’ll ever know to defend our country,” said Nez in his Facebook post. “We offer our heartfelt appreciation to the family for sharing his life with us. May the Creator bless you and your family with strength and comfort.”

Begaye owned "Begaye's Corner" in Chinle, Arizona, after his military service. Begaye was 97.

1 / 28
AP
Corporal Henry Bahe, Jr., left, and Pvt. First Class George H. Kirk, Navajo code talkers serving with a Marine Signal Unit, operate a portable radio set in a jungle clearing, close behind the front lines on the island of Bougainville in New Guines, (present-day Papua New Guinea) in this December,1943, U.S. Marine Corps photo. On Thursday, July 26, 2001, Navajo code talkers and their surviving relatives will be honored with Congressional Gold Medals at a ceremony at the Capitol in Washington. (AP Photo/USMC via National Archives)