Osaka reached her fourth major final by beating Williams 6-3, 6-4 to stretch her winning streak to 20 matches. 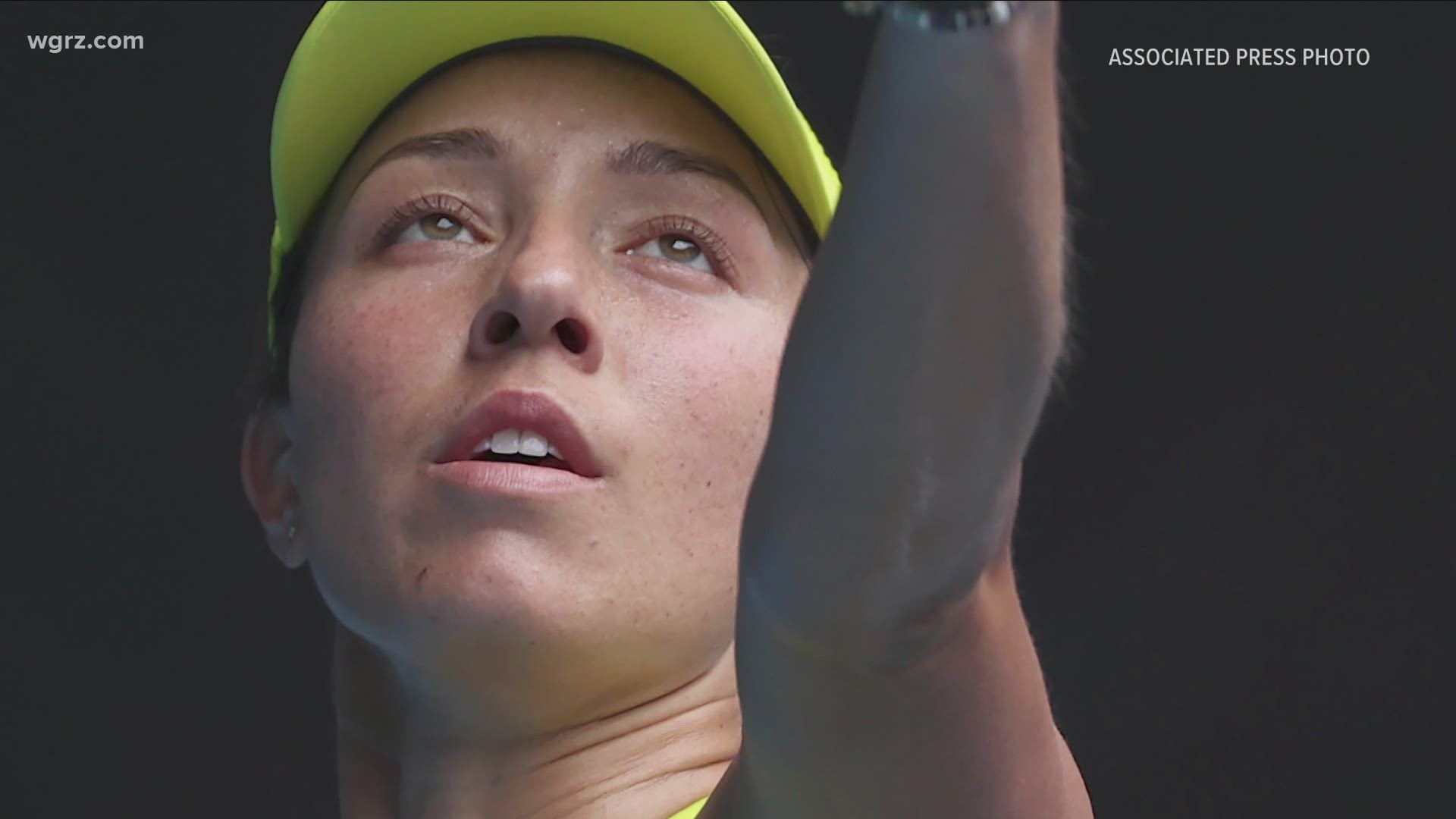 MELBOURNE, VIC — Once again, Serena Williams came within reach of a record-tying 24th Grand Slam singles title, playing well enough to get to the closing days of a major tournament.

And once again, Williams couldn't quite get it done — beaten 6-3, 6-4 by Naomi Osaka in the Australian Open semifinals on Thursday (Wednesday night EST).

The No. 3-seeded Osaka also won the U.S. Open last year, along with the Australian Open in 2019.

On Saturday, at 7:30 p.m. local time (3:30 a.m. EST), Osaka will meet a first-time Grand Slam finalist for the championship. No. 22 Jennifer Brady of the United States was scheduled to face No. 25 Karolina Muchova in Thursday’s second semifinal.

One men’s semifinal was on Thursday’s schedule: No. 1 Novak Djokovic vs. Aslan Karatsev, a qualifier from Russia who is ranked 114th and playing in his first Grand Slam tournament.

Rafael Nadal — who lost in the quarterfinals to Stefanos Tsitsipas after blowing a two-set lead — and Roger Federer are tied for the men’s record of 20.

Spectators were back in the stands at Rod Laver Arena on Thursday after they were barred from attending the tournament for five days during a local COVID-19 lockdown. About 7,000 people were allowed into the stadium for Williams-Osaka, roughly half of capacity.

Ushers walked through the aisles at changeovers to remind fans they needed to wear a mask or over their nose and mouth.

On the hottest day of the hard-court tournament so far — 85 degrees Fahrenheit (30 Celsius) — Osaka got out to a shaky start, perhaps prodded into pressing in her opening service game by a booming cross-court backhand return winner from Williams on the match’s second point.

That was followed by a double-fault, a wild forehand and, eventually, a netted backhand that handed over a break. Quickly, Williams went up 2-0, then held another break point with a chance to lead 3-0 after another double-fault by Osaka.

Didn’t take long for Osaka to right herself, however.