Blane Barksdale is associated with the Aryan Brotherhood, Hells Angels and drug cartels. 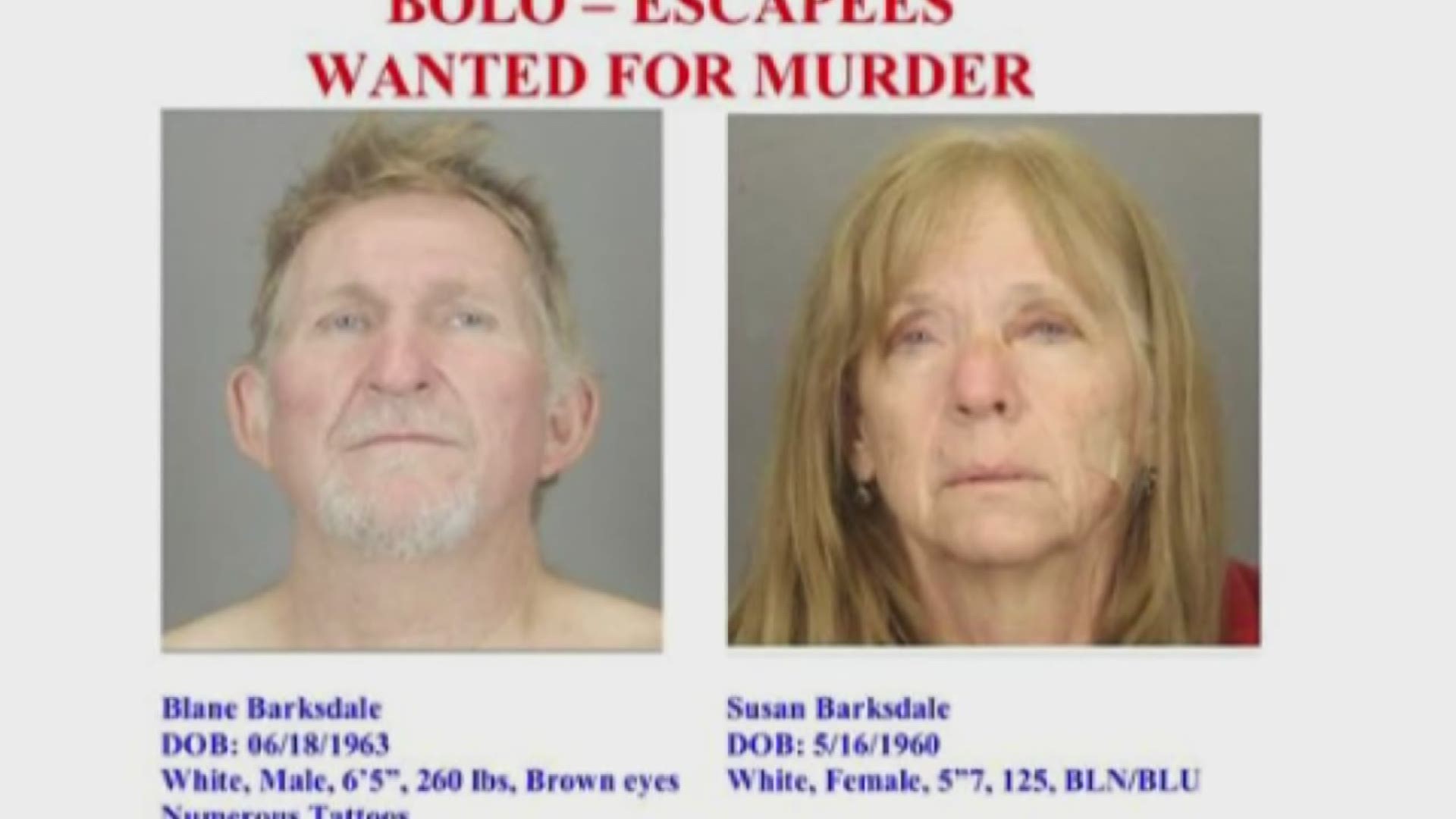 BLANDING, Utah — Two Arizona murder suspects allegedly overpowered security officers in Utah while they were being transported to Pima County on Monday and escaped, officials say.

Authorities are looking for Blane Barksdale, 56, and Susan Barksdale, 59, who made the officers stop about 20 minutes north of St. Johns, Arizona on Highway 191.

They overpowered the officers and ran off, police said. The Pima County Sheriff's Office said it is suspending its use of the transport company that was taking the Barksdales to Pima County pending a review of the escape.

The two are believed to be driving a red GMC Sierra pickup truck with damage on the front passenger side and rear bumper damage. There's a black diamond sticker on the back window.

The vehicle, registered to a couple out of Show Low, has a license plate No. 127XTY.

Authorities say the Barksdales should be considered dangerous. It's unknown if they are armed, as they had no weapons at the time of their escape. They should not be approached.

He allegedly has a swastika, Aryan Brotherwood and peckerwood tattoo. Authorities say Blane knows he is going back to prison for life and has talked before about "shooting it out with law enforcement."

The couple is accused of killing an elderly man in Tucson and setting a Tucson home on fire.

They are facing first-degree murder, burglary and arson charges for the death of 72-year-old Frank Bligh, per KVOA. His remains have yet to be found and his death is being investigated as a homicide.

Officials say it's unknown where the Barksdales are headed. The Barksdales were arrested in New York earlier this year. The sheriff's office said there is no indication the suspects are traveling to Pima County.

The U.S. Marshals Service is offering a reward of up to $10,000 per fugitive for information leading to their arrest.