Armoni Chambers was found Wednesday after activists got a tip about a disturbing video of her being assaulted by a man. 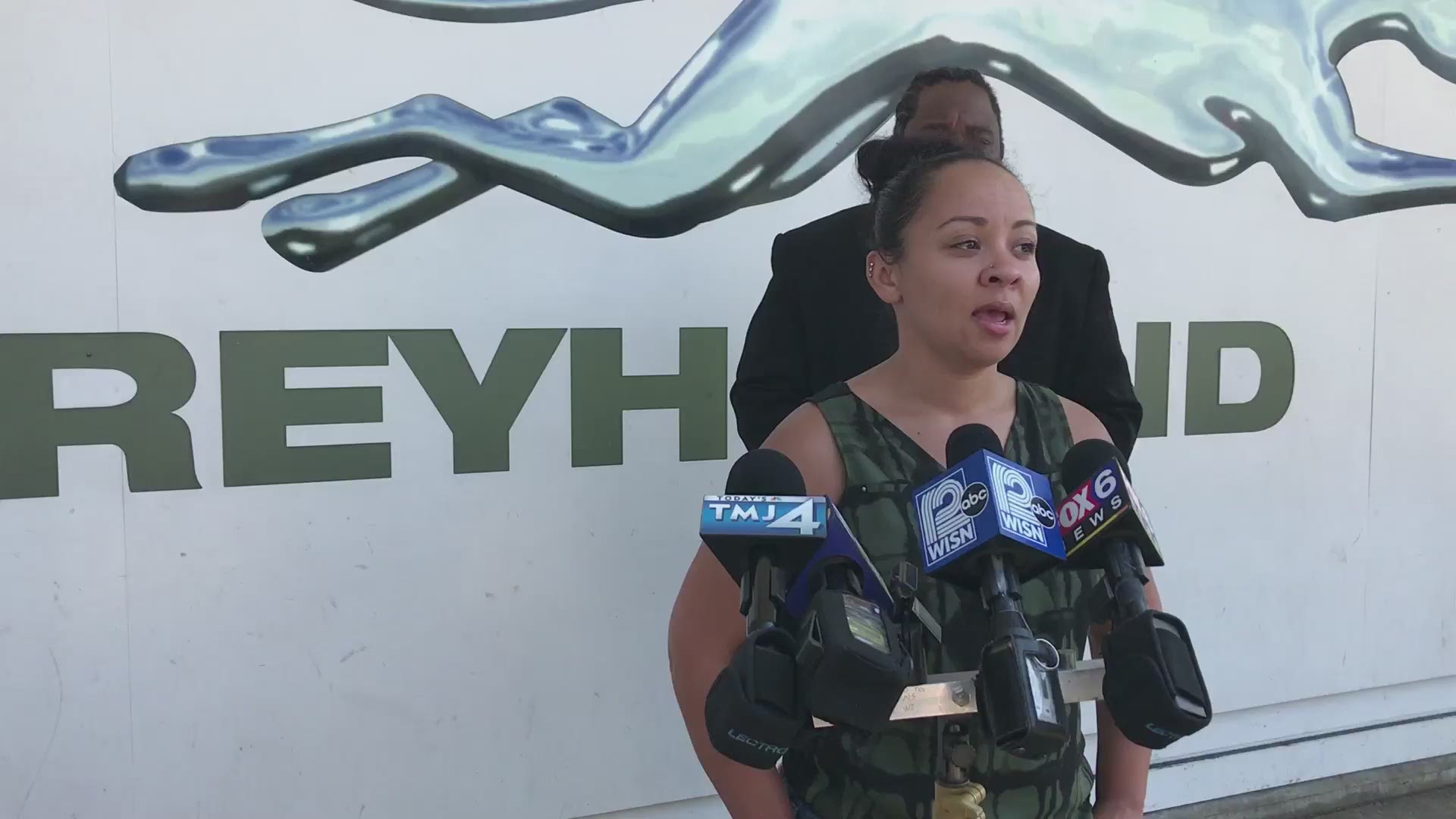 A 16-year-old girl is back home in Milwaukee after her mother and activists in two cities with large social media followings found her in Chicago.

Armoni Chambers was found Wednesday after activists got a tip about a disturbing video of her being assaulted by a man. The video was posted on Facebook just days after her mother, Bonnie Bruno, and Milwaukee activist Tory Lowe first traveled to Chicago to look for her.

Chicago police are aware of the video, and detectives and the human trafficking task force are investigating, according to an email from the department's Office of Communications.

She was found by local activists before she was taken to a hospital and reunited with her mother, Chicago police said.

Bruno said her daughter was trafficked by several men after being lured to Chicago by someone online.

Armoni had been missing for more than a month.

She was last seen May 17 in the area of South 78th Street and West Van Beck Avenue in Milwaukee.

Her mother said she pressed Milwaukee police to classify her as a "critical missing" because of concerns about her daughter's mental health.

Milwaukee police classified her as "critical" and notified the public of her disappearance June 18.

"I had to fight so hard for that," Bruno said in an interview Friday.

"They really dropped the ball on this one," she said of police.

At the time, police said the girl may have been in the area of North 29th Street and West Lisbon Avenue or possibly on West Lincoln Avenue.

Bruno said she went to those areas, where high rates of prostitution have been reported.

She saw many young girls, but not her daughter, who she already feared was the victim of sex trafficking.

A Greyhound bus and a gas station call

After Milwaukee police released her daughter's information to the media, someone called Bruno and said he had seen her daughter on a Greyhound bus headed to Chicago.

"The trip to Chicago, someone lured her there from social media, told her they were someone that they weren't," Bruno said Friday.

She took the information to Milwaukee police. An officer pulled the May 25 video from the station and Bruno confirmed it was her daughter.

She asked what she could do to help and what police were planning to do.

She had a tip her daughter was in Chicago — and soon she had an address, too.

Armoni had managed to call her father from a gas station on the city's west side, but he was at work and missed the call.

When he called the number back, he spoke to an employee and got an address. He gave that information to Bruno, who passed it on to detectives.

Bruno later asked her daughter why she didn't call her; her daughter replied that she was worried her mother would be upset because she hadn't come home.

The search goes to Chicago

He frequently posts about missing people, often young women, and does so whenever a family asks for his help. He estimates he has helped find about 130 missing people.

By Monday, she and Lowe were in a car heading south to Chicago.

But he knows social media.

He went live on Facebook about the search and broadcast as they handed out flyers, spoke to residents and business owners. Then they got a break: a cashier at a Family Dollar said the girl had been at the store.

The teen's mom had to get back to Milwaukee that night to take care of her other children, but they had a lead.

The next day, two Chicago activists with large social media followings reached out to Lowe after seeing his online videos.

"They knew the terrain," Lowe said. "The second day, we had more people out."

He, Vera Giles Norris and Martin G. Johnson went live throughout the day as they continued searching. Soon, they were joined by Natorah El, another activist.

They went back to the dollar store and an employee there remembered seeing Armoni and giving her food and a change of clothes, according to Lowe.

The store's security video showed the teen. Her hair had been cut.

"Now we know this is her; we don't have to guess," Lowe said. "She was there and you could see her walking off."

Bruno contacted police in Chicago and Milwaukee that night, and again in the morning, without much response. Chicago police deferred to Milwaukee because it was their case, she said.

On Friday, a Milwaukee police spokeswoman said the department was in contact with Chicago police and the Cook County sheriff about the missing persons investigation and "worked diligently with the mother and have followed up with the information provided."

The department is "thankful for all community partners" and law enforcement, including Milwaukee officers, "in their efforts of investigating several calls and tips provided from the public," Sgt. Sheronda Grant said in an email.

Bruno went back to Chicago on Wednesday to continue the search with the help of activists and residents there.

That day, someone went live on Facebook, posting a disturbing video of Armoni being groped by a man in a backyard. The teen appeared lethargic and incoherent, as if under the influence of alcohol or drugs.

"The online community was in full effect after that went live," Lowe said. "It was only a matter of time before she was found."

The Chicago activists were able to find her that day, he said.

Chicago police responded and Armoni was taken to a hospital. Her mother got her home to Milwaukee on Thursday.

"When we jumped in the car, we didn't know what was going to happen," he said. "The fact we were able to bring her home and she's with her mom — I can't even. Words can't explain it."

Bruno permitted reporters to use her daughter's name and photo, saying the case was already highly publicized. She said she wanted to share her daughter's story with other parents to warn them and to thank those who shared Facebook posts about her daughter and helped bring her home.

"It's about creating awareness," she said. "My message for any parent who has a missing child is don't give up."