'The guy is pointing a machine gun at me': American family ambushed while on vacation in Mexico

A family was robbed of everything on a trip to the family's beach house in Puerto Lobos, Mexico. 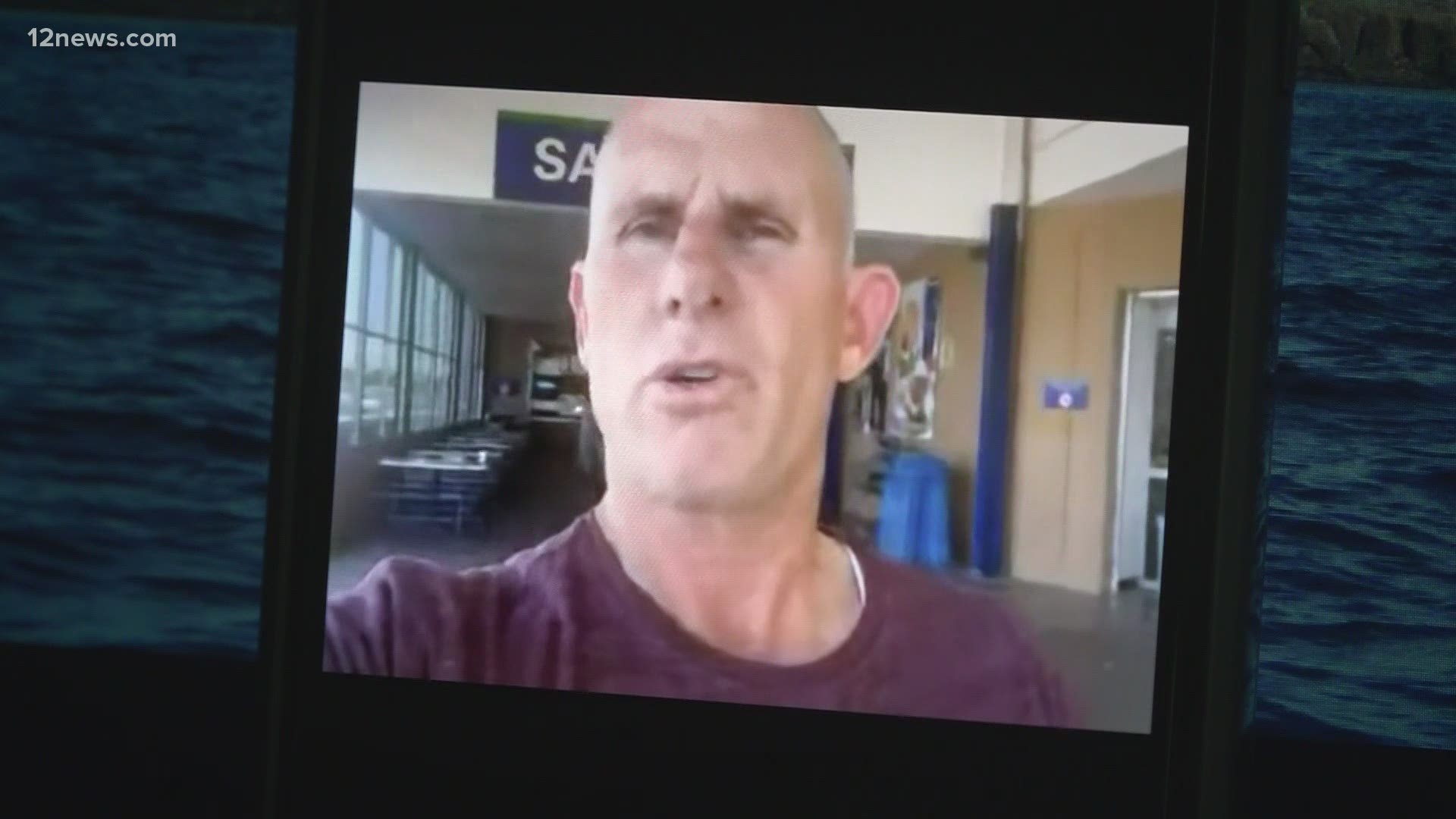 PHOENIX — Imagine staring at the end of a machine gun.

That's what Mason and Natalie Davis' family experienced Tuesday evening on their way to the family's beach house in Puerto Lobos, Mexico.

The Davis family is still processing what actually happened. They take this family trip several times a year and never expected to beg for their lives.

“The front window rolled down, and the guy is pointing a machine gun at me and telling me to stop,” said Mason Davis.

Mason and his wife have seven children but only their two teenage daughters were with them. They were on their way to Puerto Lobos, just south of Rocky Point, when a grey Sedan pulled up alongside the family's SUV and began pointing machine guns at the truck.

Mason immediately pulled over, with his two daughters in the back seat hiding underneath a blanket.

“Just as they were driving away, my wife opens up that back door and they both just bail out. Thankfully, they had their phones,” he said.

"We had been traveling in our 2017 Toyota Tundra TRD PRO along with our 20 foot tandem axle trailer that was carrying 3 quads, one of my husbands mountain bikes, all our ice chests as well as our luggage and food for several days. Quickly I grabbed both of my daughters and ran them into a nearby field. My youngest daughter Claira had no shoes as we ran through briers and tall bushes."

Left stranded on the side of the road with only Natalie's purse and their daughter's cell phones, the family was able to hitch a ride back to safety and find police.

“I feel blessed they didn’t shoot or kill us,” said Mason.

In September, the U.S. State Department issued a Level 3 Travel Advisory to this same area of Mexico asking Americans to reconsider travel due to the pandemic and widespread violent crime.

Mason’s message to anyone considering travel right now is to listen to those warnings.

“I’ve been coming here for 30 years, it can happen to anybody. When they say there’s a level of violence or cartel activity don’t go.”

Sources in Mexico said that police in Caborca are aware of the robbery.

In an email, the U.S. Department of State said their embassies and consulates abroad have no greater responsibility than the protection of U.S citizens. If traveling abroad, the department helps U.S. citizens navigate through the consequences of crime and help with local criminal justice systems.

For information about travel in Mexico, they refer travelers to the Mexico Travel Advisory.

Mason and Natalie's daughter was on her way to pick up the family in Rocky Point and bring them home to the Valley.