Green glow spotted around Mars for the first time

It's something astronauts have seen above Earth before, but it's never been spotted around any other planet until now. 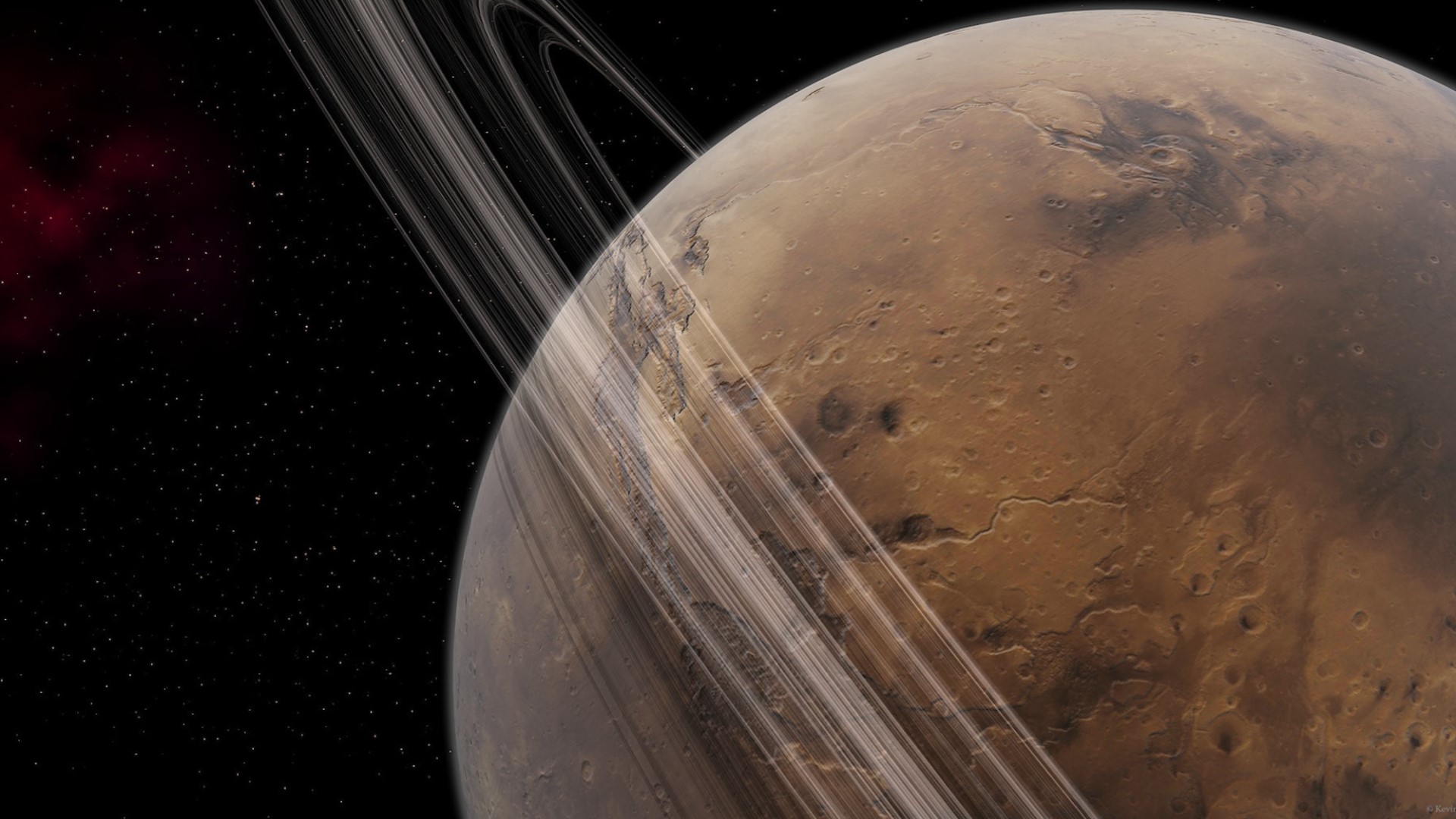 For the first time ever, a layer of glowing, green oxygen has been found in the atmosphere of the red planet, Mars. It's a glow that astronauts aboard the International Space Station sometimes see over Earth, but has never been detected around any other planet.

The discovery was made by the Trace Gas Orbiter, the European Space Agency says.

“One of the brightest emissions seen on Earth stems from night glow. More specifically, from oxygen atoms emitting a particular wavelength of light that has never been seen around another planet,” says Jean-Claude Gérard of the Université de Liège, Belgium, and lead author of the study. "However, this emission has been predicted to exist at Mars for around 40 years — and, thanks to TGO, we’ve found it."

From the ground, skywatchers on Earth can see polar auroras. These occur when electrons from space hit the upper atmosphere.

Credit: European Space Agency
An artist's rendition of a green atmospheric glow around Mars, with the ExoMars Trace Gas Orbiter flying above it.

But, this night glow -- the one just detected above Mars -- is different.

"Green night glow is quite faint, and so is best seen by looking from an ‘edge-on’ perspective – as portrayed in many spectacular images taken by astronauts aboard the International Space Station," The European Space Agency says.

Credit: NASA
A green atmospheric glow is seen over the Earth from the ISS, Oct. 6, 2011.

Researchers say they found the glow by using one of the instruments of the TGO, that was pointed at the Martian surface, and directed it to look at the "edge" of Mars.

The glow was detected between 12 miles and 249 miles above the surface, but the strongest levels were found at 50 miles. The strength also varied depending on Mars' distance to the Sun.

Scientists say this information is important in predicting how Mars' atmosphere responds to seasonal changes and variations in solar activity.

“Predicting changes in atmospheric density is especially important for forthcoming missions, including the ExoMars 2022 mission that will send a rover and surface science platform to explore the surface of the Red Planet," Håkan Svedhem, ESA’s TGO Project Scientist, said in a statement.

The findings are published in the journal Nature Astronomy.

RELATED: 36 intelligent, communicating alien species could be in our galaxy, study suggests