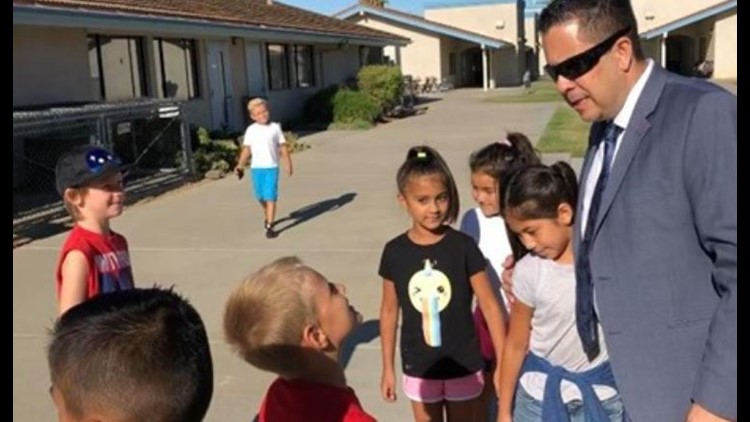 Photo by: CBS
When he cleaned classrooms, he would pretend to be a schoolteacher – now, he's worked his way up to head of the district.

(CBS NEWS) -- Dr. Reyes Gauna is the superintendent of Byron Union School District in Northern California. He may have a big title and a ton of responsibilities, but Gauna says he never forgets his humble beginnings.

The superintendent says knowing that people believed in him helped him excel — and he never forgot about all the hard work he did as a custodian.

"I come from humble beginnings. First generation, my parents migrated here [from Mexico] and always told us we're here to become contributors," Gauna told CBS News. He said he was always taught to make the world a better place. So that's what he focused on, even as a custodian.

But he also dreamed of something bigger. "When I was a janitor, I remember visiting classrooms and I would pretend I was teaching," he said with a laugh.