Louisiana woman dies after honeymooning in the Dominican Republic 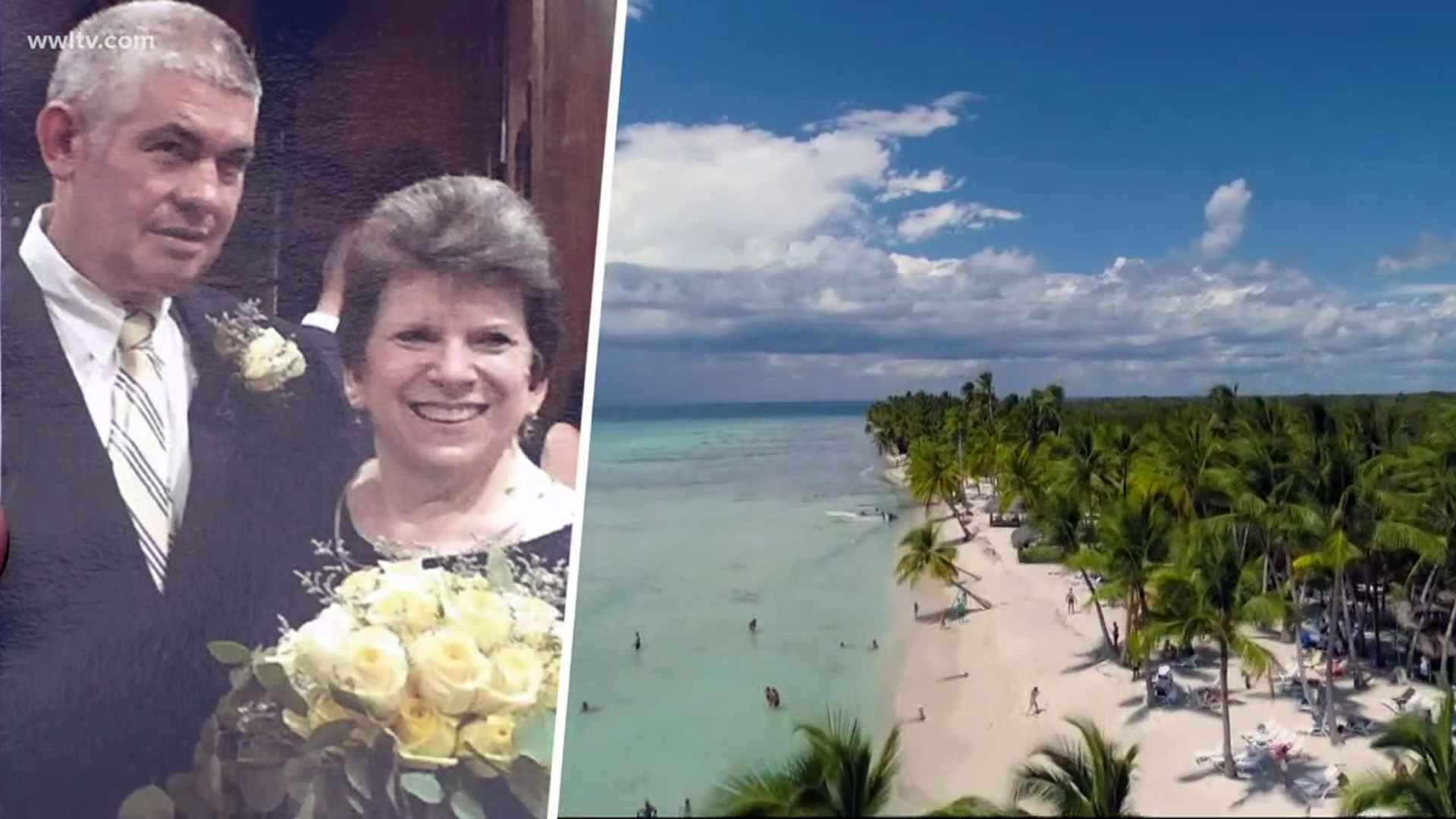 LULING, La. — Keith Williams and Susan Simoneaux snuck away to Punta Cana in the Dominican Republic after tying the knot last month.

It was a trip of a lifetime for the Luling couple who'd been together for about ten years. But, less than a week after returning from their honeymoon, Simoneaux was rushed to a hospital with fluid in her lungs.

"I would have never went if I would have known," Williams said. "I did not know to be honest with you."

What Williams didn't know is at least 10 American tourists have died after falling ill in Dominican Republic resorts this year and dozens more have gotten sick.

Jim Tate lives across the street from the couple. He said Simoneaux's death makes him wonder what's going on in the Dominican Republic.

"She came across the street and hugged my wife and they were all joyous," Tate said. "It was couple of days, maybe three before she went into the hospital. It was just that quick."

Simoneaux and Williams were married at the Jae Flem Cafe in Boutte on May 11. Owner Ronjae Mott, a family friend, described Simoneaux as the happiest bride he ever knew.

Mott was planning his own trip to the Dominican Republic in July.

"We have decided not to go," Mott said. "If you're planning a trip to the Dominican, I would strongly suggest that you reconsider."

Friends and family are now rallying around Williams who said he just misses his wife.

"Just her being here," Williams said. "I'm taking it a little bit hard with losing her."

The FBI is now helping to investigate the string of tourist deaths.

A family member said Simoneaux's doctors told them her death may have nothing at all to do with her trip to the Dominican Republic.

An autopsy is planned.