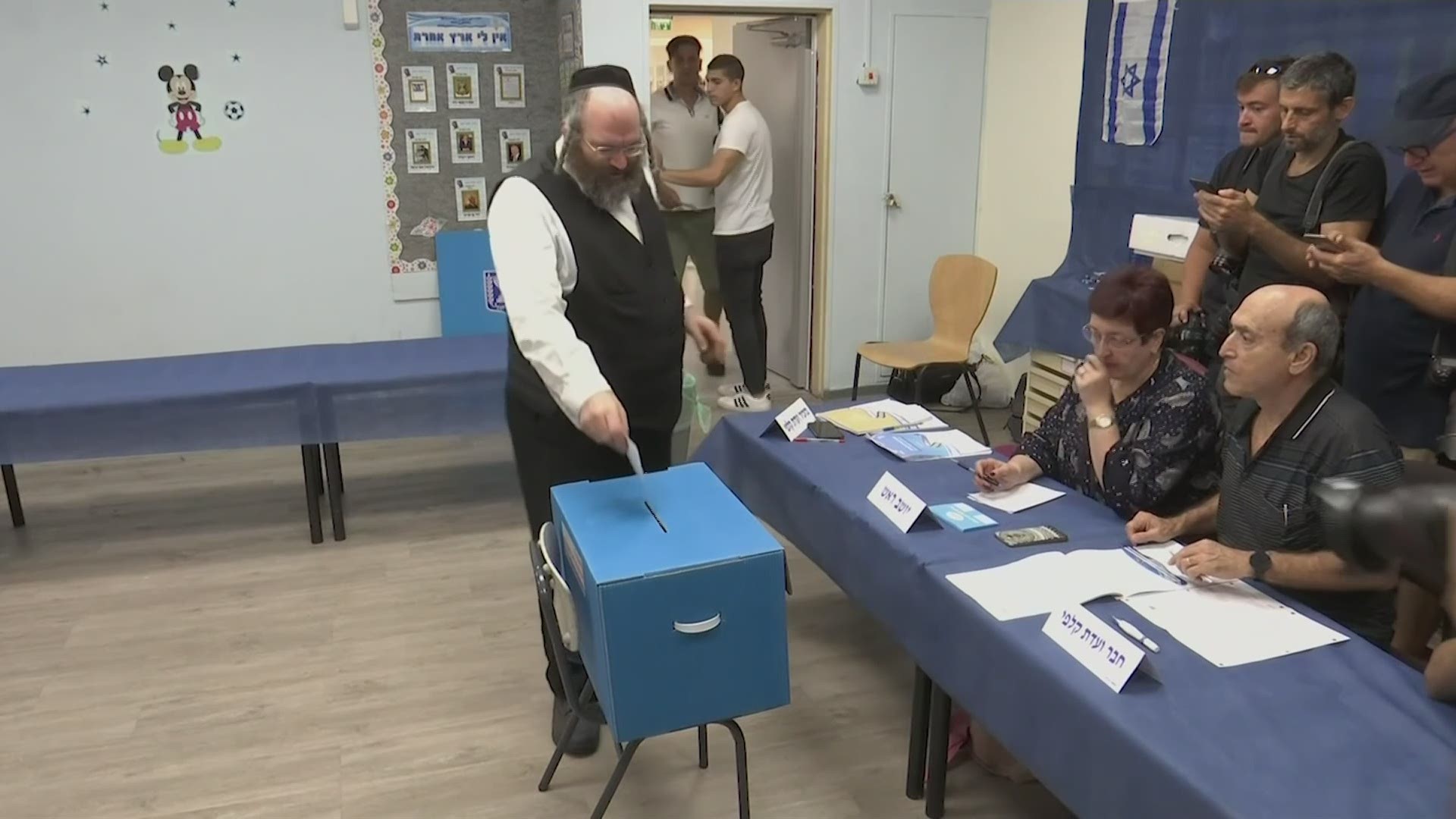 JERUSALEM, Israel — Israel's two main political parties were deadlocked Wednesday after an unprecedented repeat election, with Prime Minister Benjamin Netanyahu facing an uphill battle to hold on to his job.

The election's seeming political kingmaker, Avigdor Lieberman, said he'll insist upon a secular unity government between Netanyahu's Likud and Benny Gantz's Blue and White parties, who based on partial results are currently tied at 32 seats each out of 120 in parliament.

Lieberman said that was the "one and only option" on the table. That could spell serious trouble for Netanyahu's lengthy rule.

Without Lieberman's endorsement, both parties appear to have fallen well short of securing a parliamentary majority with ideological allies.

Gantz, a former military chief, has ruled out sitting with a Netanyahu-led Likud at a time when the prime minister is expected to be indicted on corruption charges in the coming weeks.

Netanyahu desperately sought an outright majority with his hard-line and ultra-Orthodox allies in hopes of passing legislation to give him immunity from his expected indictment.

Israel's attorney general has recommended charging Netanyahu with bribery, fraud and breach of trust in three scandals, pending a hearing scheduled next month. A formal indictment would increase the pressure on Netanyahu to step aside if he does not have immunity.

The partial results released Wednesday by the Central Election Commission were based on 35% of the vote counted. The three Israeli TV channels reported the same outcome, based on more than 90% of the vote counted, but did not explain the discrepancy with the commission's percentage.

According to the partial results, Likud with its natural allies of religious and ultra-nationalist parties mustered 56 seats — or five short of the needed majority.

Final results are expected later Wednesday and could still swing in Netanyahu's favor.