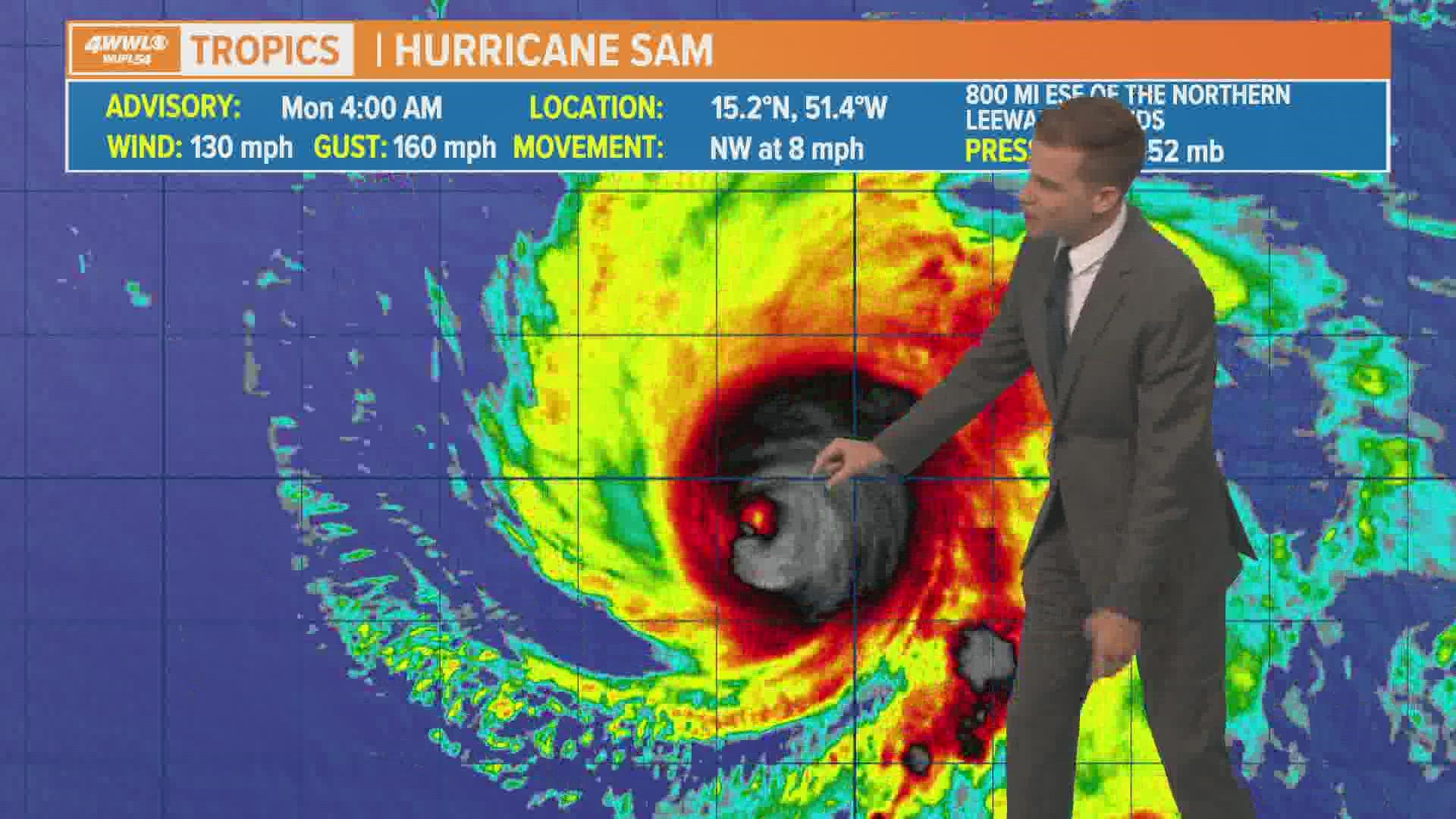 Hurricane Sam was a powerful Category 4 storm in the Atlantic Ocean, but forecasters said late Sunday that it had peaked in intensity.

Sam was centered well offshore from land Monday morning, located about 800 miles (1,290 kilometers) east-southeast of the northern Leeward Islands, the U.S. National Hurricane Center said in an advisory. It was traveling northwest at 8 mph (13 kph).

Sam had maximum sustained winds of 130 mph (215 kph), making it a Category 4 hurricane. Forecasters said there would be little change in its strength over the next day or so, followed by a slow weakening. Sam is expected to remain a major hurricane — Category 3 or higher — through midweek.

No coastal watches or warnings were in effect, however swells from Hurricane Sam could cause dangerous rip current conditions off the coast of the Lesser Antilles early this week, officials said.