The Vanderbilt player says on social media that she's honored to be invited and noted the inauguration 'is especially meaningful for American women and girls.' 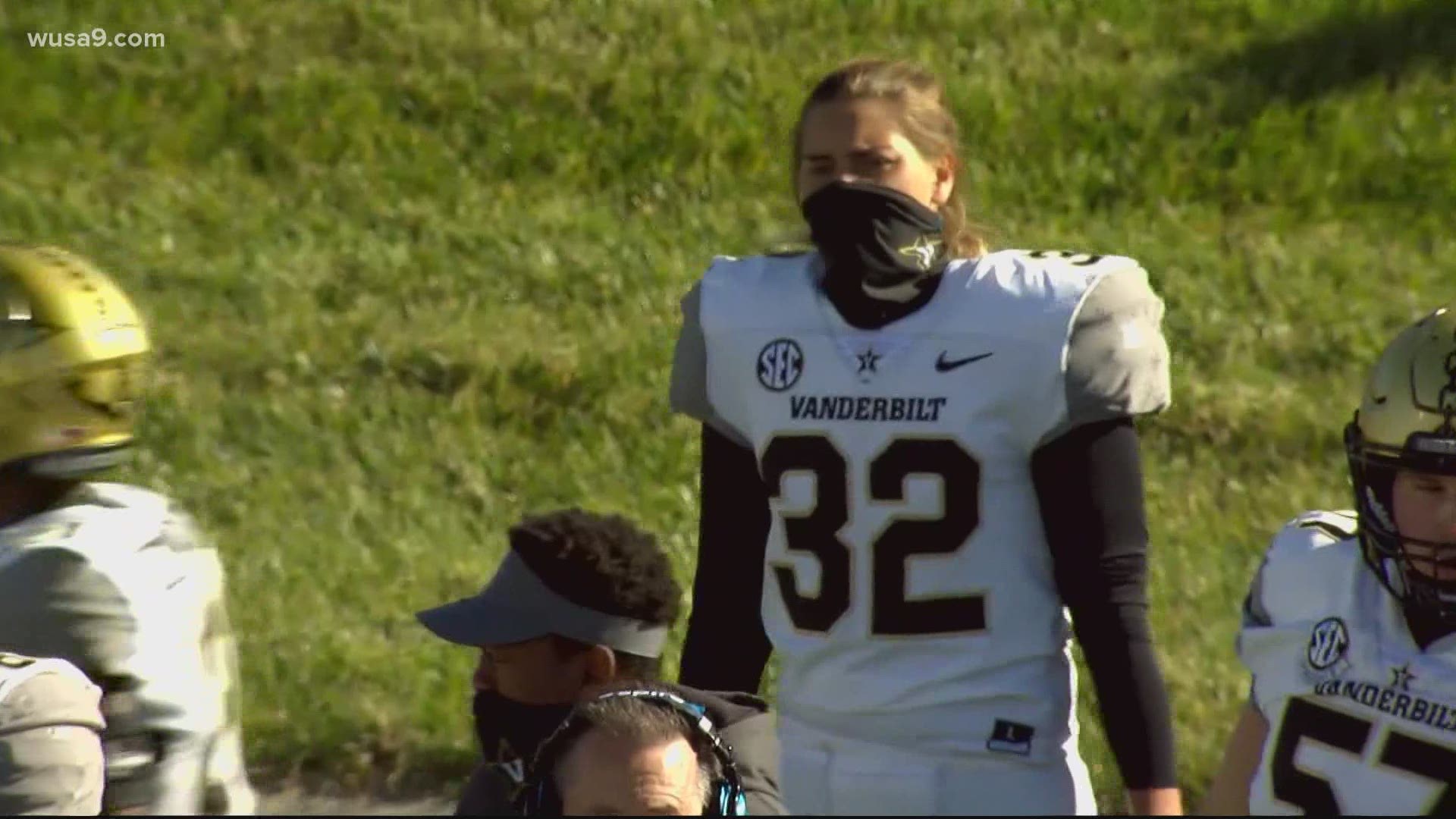 “It’s an honor to be invited to participate in one of America’s greatest traditions,” Fuller posted Sunday on social media.

“This historic inauguration is especially meaningful for American women and girls. The glass ceilings are breaking,” she added, including the Twitter handles for Vice President-elect Kamala Harris — who will become the first woman to hold that office — Biden, and their inaugural committee.

Attendance at the inauguration will be strictly curtailed because of the COVID-19 pandemic and security measures put in place after a violent mob supporting President Donald Trump invaded the U.S. Capitol on Jan. 6 as Congress was certifying Biden's victory.

Credit: AP
FILE - In this Dec. 12, 2020, file photo,Vanderbilt kicker Sarah Fuller walks along the sideline during the first half of an NCAA college football game against Tennessee in Nashville, Tenn. Fuller, the first woman to score in a Power Five conference football game, says she has been invited to attend President-elect Joe Biden's inauguration. (AP Photo/Wade Payne, File)

Fuller helped Vanderbilt win the Southeastern Conference women's soccer tournament as the goalkeeper. She helped out the football team while it was dealing with COVID-19 issues.

It’s an honor to be invited to participate in one of America’s greatest traditions. This historic inauguration is especially meaningful for American women and girls. The glass ceilings are breaking and it is the time to #LeadLikeAWoman @KamalaHarris @JoeBiden @BidenInaugural pic.twitter.com/16izLbIqEu

She became the first woman to play in a Power Five game Nov. 28 with a squib kick to open the second half of a loss at Missouri in the only time she got on the field in that game. She got another chance on Dec. 12, when Vanderbilt had only 49 scholarship players for its game against Tennessee.

Fuller, listed second out of three available kickers on the depth chart, came out for the extra point that tied the game at 7 with 1:50 left in the first quarter. She converted her second point-after with 7:22 left in the fourth quarter of the 42-17 loss.