Porch piracy is a crime that increases around the holidays. 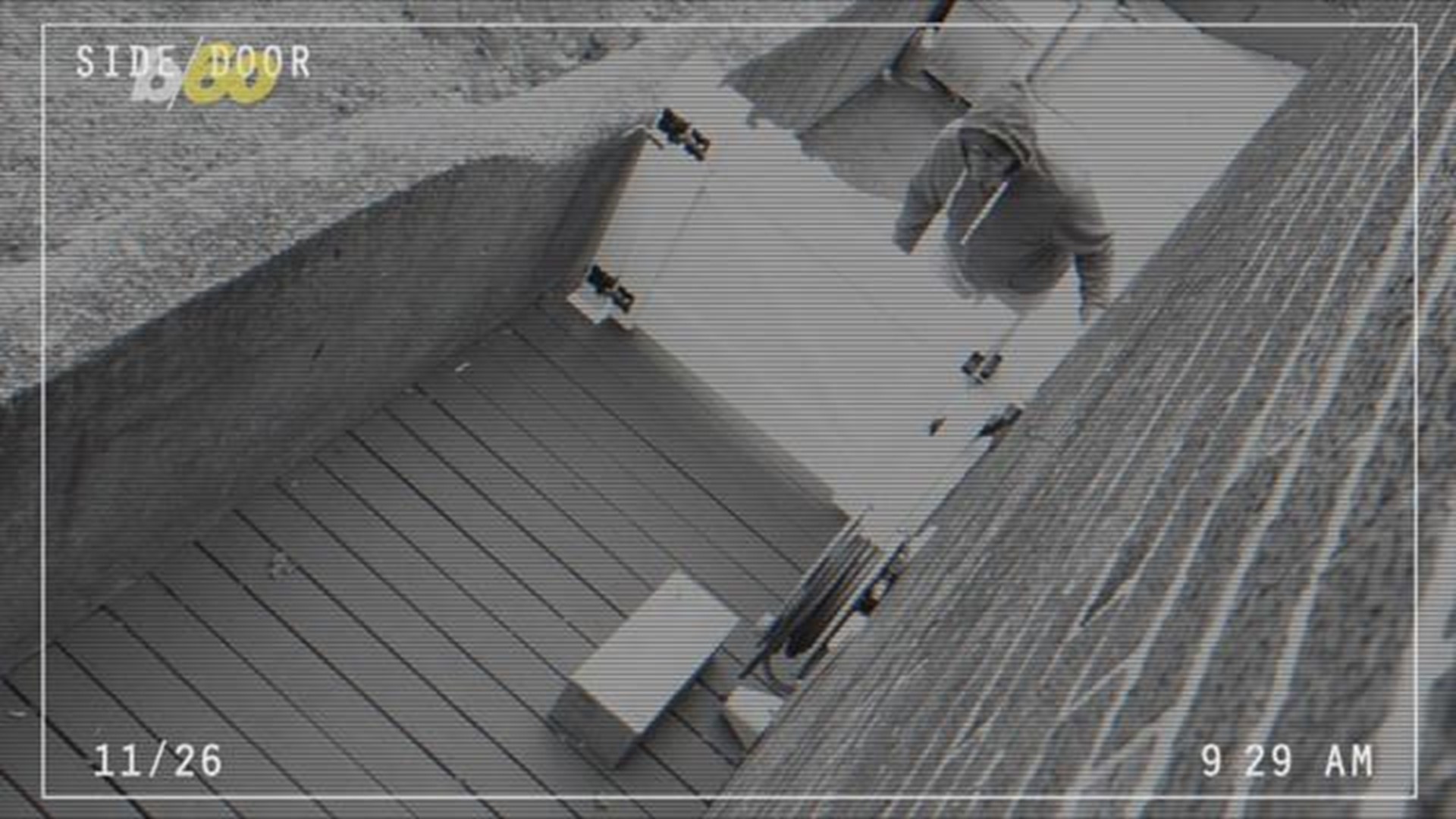 By now it's quite clear that online ordering isn't going anywhere.

With the holiday season in full gear, package theft — known as "porch piracy" — is a concern.

According to the IMPD, porch piracy is a crime that increases around the holidays, but it's hard to track because the the department's system doesn't specifically break down types of thefts. But look at Nextdoor message boards and neighborhood community groups, and you'll find occurrences and warnings about package snatchers.

This year, Illinois-based Shorr Packaging Corp. analyzed the Google search phrase "Amazon package stolen" to find where Amazon package theft occurs the most in the country's 50 largest cities. Based on search volume and U.S. Census estimates, tech hubs San Francisco and Seattle topped the list, while Indianapolis landed in the middle. The company says that this is only a fraction of victims of package theft, as it only represents the people who search the term on Google.

"It’s that time of the season," said Lt. Joe Bickel of the Carmel Police Department. "People are out trying to commit crimes of opportunity. It it's an easy opportunity for someone to commit a crime, they will do it."

Sean Stoops, chief of police of the Avon Police Department, said that since Nov. 1, there's only been one official instance of a homeowner who had a package stolen from the porch. But that doesn't mean it hasn't happened more frequently, it could just be unreported.

"Typically the items that are successfully stolen from the porches do not get recovered," he said.

UPS spokeswoman Dawn Wotapka said the rate of incidents involving UPS has remained pretty flat over the last few years, and that "media attention has increased due to expanded use of video surveillance technology available to consumers," she said.

But there was a police sting in Jersey City where police officers teamed up with Amazon to catch porch pirates by using fake packages and doorbell cameras. A recent video from YouTuber Mark Rober has gone viral, showing a complex "glitter bomb trap" he created to prank package thieves. Amazon even sold a reinforced ballistic Porch Pirate Bag that locks to the front door handle.

How to keep your packages from being stolen

If package theft is a problem in your area, investing in a security camera might be a good idea. Stoops said the popularity of security cameras is growing, and having video or photographs of the possible suspects is helpful in an investigation. Affordable options for under $40 can be found online, as well as higher tech options such as doorbell cameras that connect to your smartphone.

If you have yet to order your gifts, take some extra steps to ensure they are delivered safely:

Your package was stolen, now what?

If your package is stolen, do a thorough search. Could it be on the back porch? Behind a pot? Delivered to an old address, or a neighbor?

Check if there was an attempted delivery notice, which means the package is still in the hands of the shipping carrier. If you still have no luck, locate the tracking number on the shipping confirmation email or on the website. There should be detailed tracking information that shows each step the package took on its journey.

If delivery was confirmed and the package is nowhere to be found, reach out to the retailer's customer service to file a missing package report. Amazon asks customers to wait 36 hours after the expected delivery in case it turns up. Generally, the retailer should be able to send out a new package, or issue a refund if it's clear the package was stolen or lost.

Local police departments recommend filing theft reports as well. Bickel said they don't track this type of crime in Carmel, but the city is not immune to these types of thefts.

"We recommend to report it no matter what the value of the item is," he said. "The police department wants to know that information."

He said even if the items are replaced by the retailer, the police department still wants "to know about it in case we need to reallocate officers and concentrate them in certain areas."

Here are the steps to take if your package is stolen:

Kellie Hwang is a reporter at IndyStar. You can email her at kellie.hwang@indystar.com. Follow her on Twitter: @KellieHwang.