Former President George W. Bush eulogized his father – calling him a "giving and generous soul" – by focusing on his adventurous spirit – to his last days – and commitment to public service during his eulogy at Washington National Cathedral.

"He looked for the good in each person, and he usually found it," the 43rd president said about the 41st, George Herbert Walker Bush.

George W. Bush said his father "strongly believed that it was important to give back to the community and country in which one lived," and said "to us, his was the brightest in 1,000 points of light."

He said when he learned his father had only minutes to live last Friday, he called and the person who answered the phone told him "I think he can hear you but he hasn't said anything for most of the day. the last words he would ever say on earth were, i love you too." 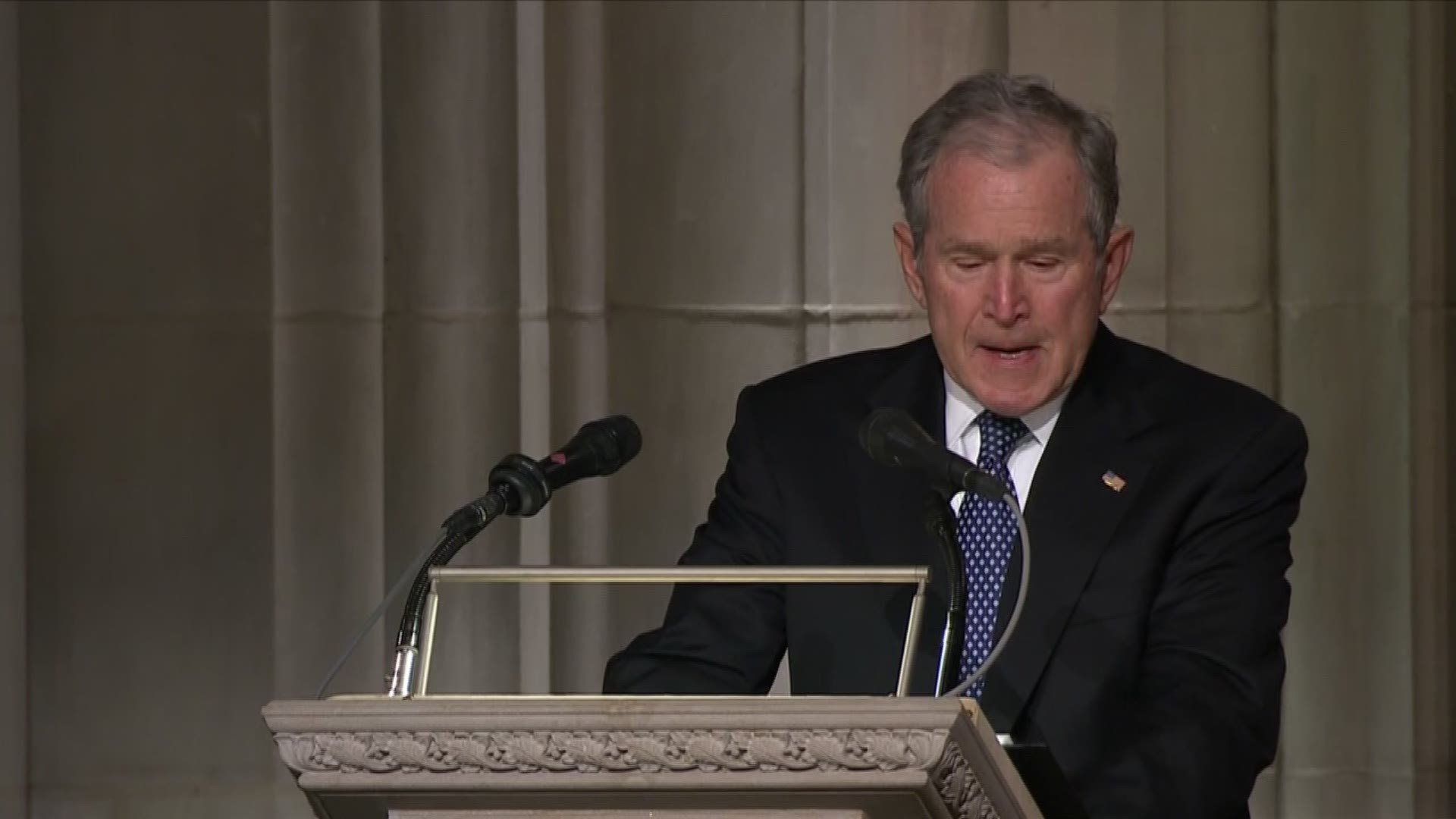 George W. Bush choked up and held back tears toward the end as he paid tribute to his dad, "the best father a son or daughter could have."

"And in our grief let us smile knowing that dad is hugging Robin and holding mom's hand again."