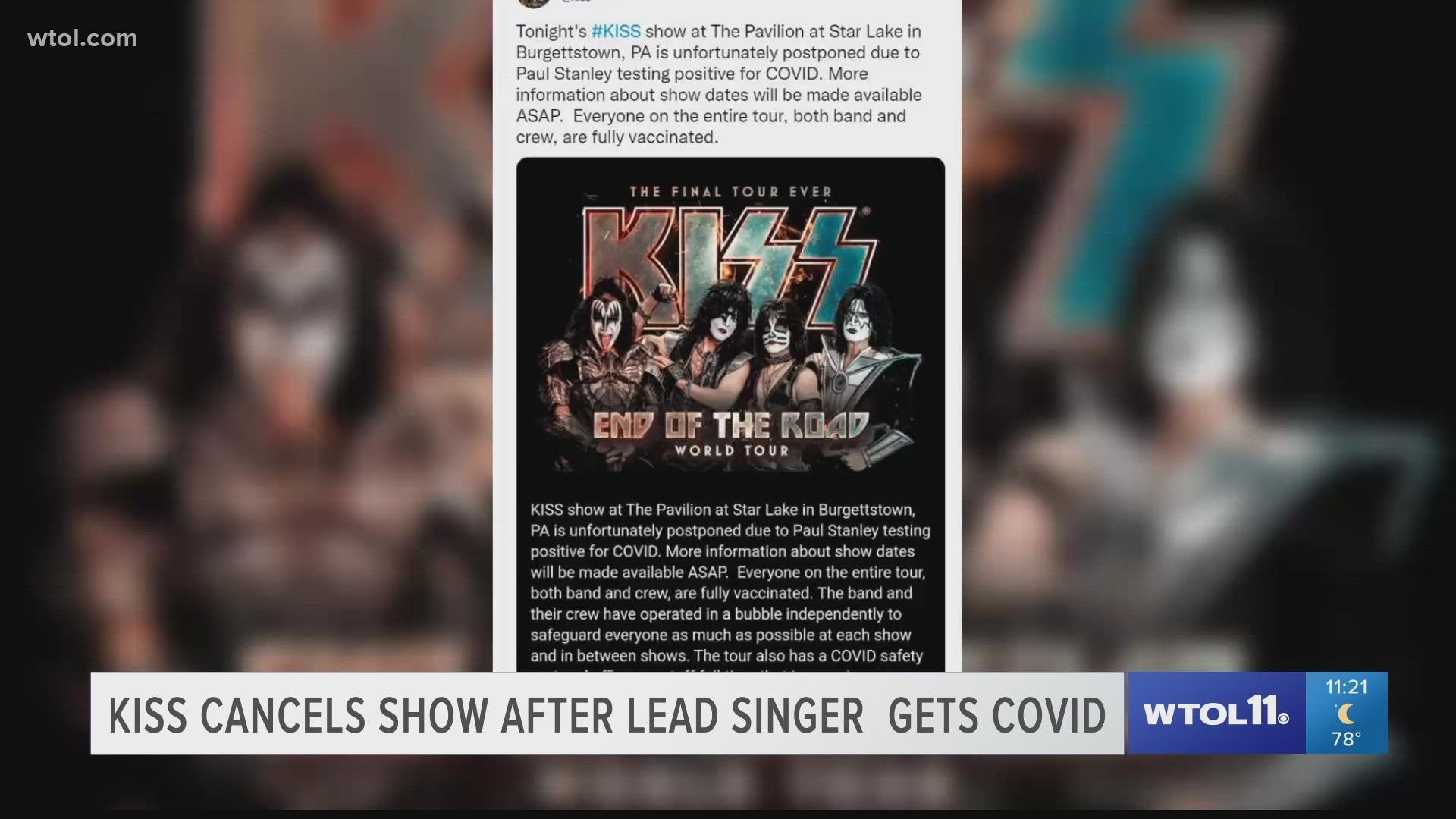 Gene Simmons has become the second member of the rock band KISS to test positive for COVID-19 in the past week, the band announced Tuesday. Lead singer Paul Stanley says he's recovered from his bout but described it as difficult yet still "mild" compared to others who have gone through the disease.

"While Paul Stanley recently tweeted that he has recovered from COVID, Gene Simmons has now tested positive and is experiencing mild symptoms," read a post on the KISS website. "The band and crew will remain at home and isolate for the next 10 days and doctors have indicated the tour should be able to resume on September 9th at FivePoint Amphitheatre in Irvine, CA."

It was announced last Thursday that Stanley had COVID, forcing the band to cancel their concert in Burgettstown, Pa., just before they were set to take the stage.

Stanley, 69, tweeted an update on Monday, saying "My COVID symptoms were MILD compared to many others and let me tell you... It kicked my ass. It's over now."

My COVID symptoms were MILD compared to many others and let me tell you... It kicked my ass. It's over now. pic.twitter.com/8HDMjKZT37

No further details were immediately available on Simmons, who turned 72 last week.

Before their cancellation last week, KISS said the entire band and crew are fully vaccinated for COVID-19 and have operated in a bubble independently to safeguard everyone.