The discovery made light-years away opens a window into what is hiding under the clouds of the gas giants in Earth's solar system. 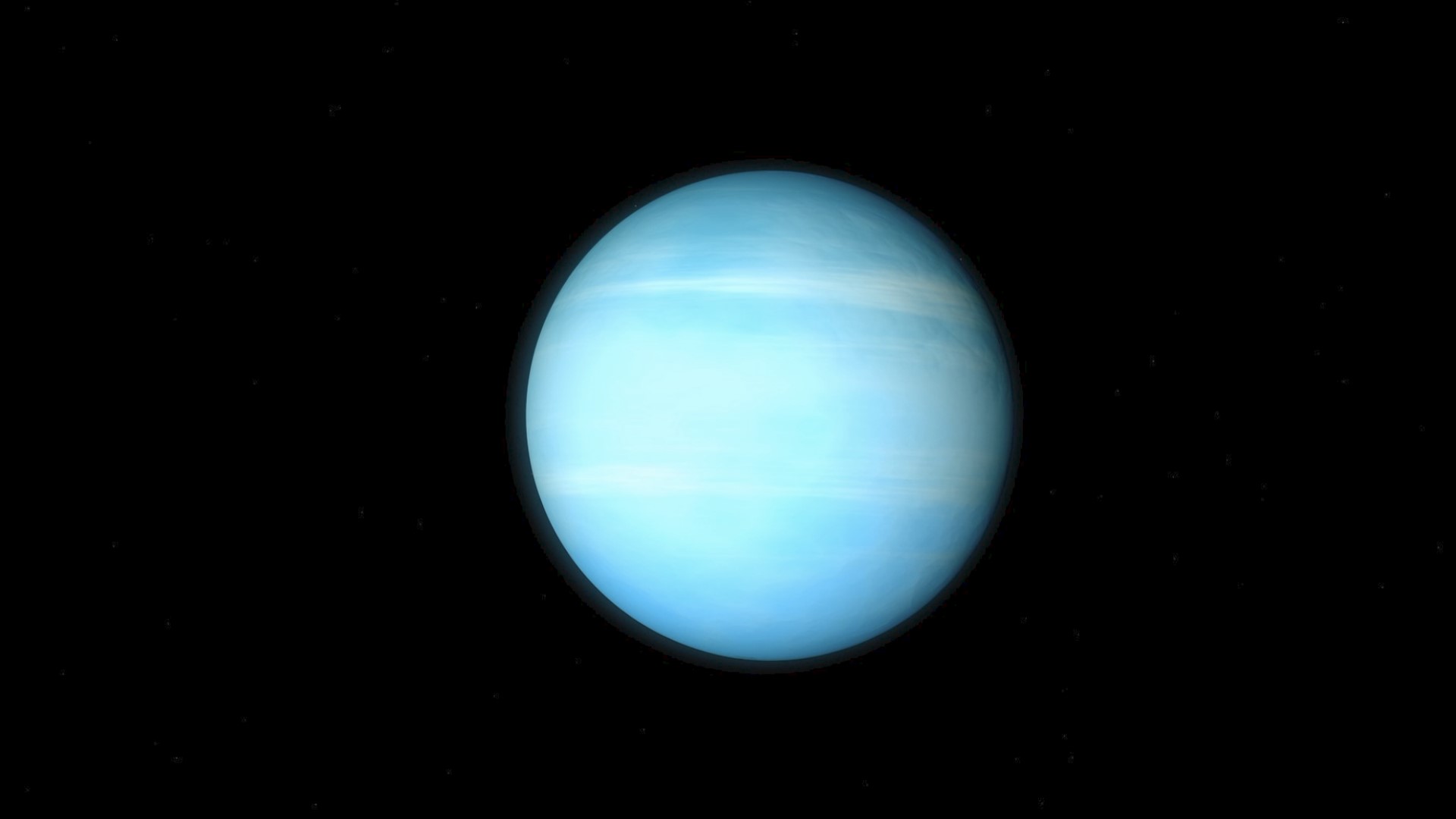 Astronomers say they have spotted, for the first time, what appears to be the exposed core of a gas giant planet that has shed -- or never found -- its gaseous atmosphere.

A team lead by the University of Warwick in the United Kingdom says the core, named TOI 849 b, is located 730 light-years away, orbiting a star much like Earth's. One year lasts 18 Earth hours due to the proximity to its star.

The core is about the size of Neptune. It is located in a region called the Neptunian Desert, meaning an area close to stars where astronomers rarely see planets of Neptune's mass or larger.

Astronomers have two theories as to why the core is exposed. One is that the planet was much like Jupiter but lost its gaseous atmosphere, whether by orbiting too close to its star or due to a collision with another planet. The other theory is that something caused the planet to fail to form an atmosphere.

Credit: University of Warwick/Mark Garlic
Artist’s impression showing a Neptune-sized planet in the Neptunian Desert. It is extremely rare to find an object of this size and density so close to its star.

The core was found by observing stars for signs of a dip in brightness, indicating a planet has passed in front of it.

Using numerous instruments, astronomers determined the core is two-to-three times the mass of Neptune but is incredibly dense.

“We would expect a planet this massive to have accreted large quantities of hydrogen and helium when it formed, growing into something similar to Jupiter. The fact that we don’t see those gases lets us know this is an exposed planetary core," said Dr. David Armstrong from the University of Warwick Department of Physics.

Astronomers say this opens a window into learning more about the composition of the gas giants in Earth's solar system.

“Although we don’t have any information on its chemical composition yet, we can follow it up with other telescopes. Because TOI 849 b is so close to the star, any remaining atmosphere around the planet has to be constantly replenished from the core. So if we can measure that atmosphere then we can get an insight into the composition of the core itself.” Armstrong said.

The study is published in the Journal Nature.

RELATED: 36 intelligent, communicating alien species could be in our galaxy, study suggests