The student says she saw one of her friends who had been shot in the leg in the art hallway. 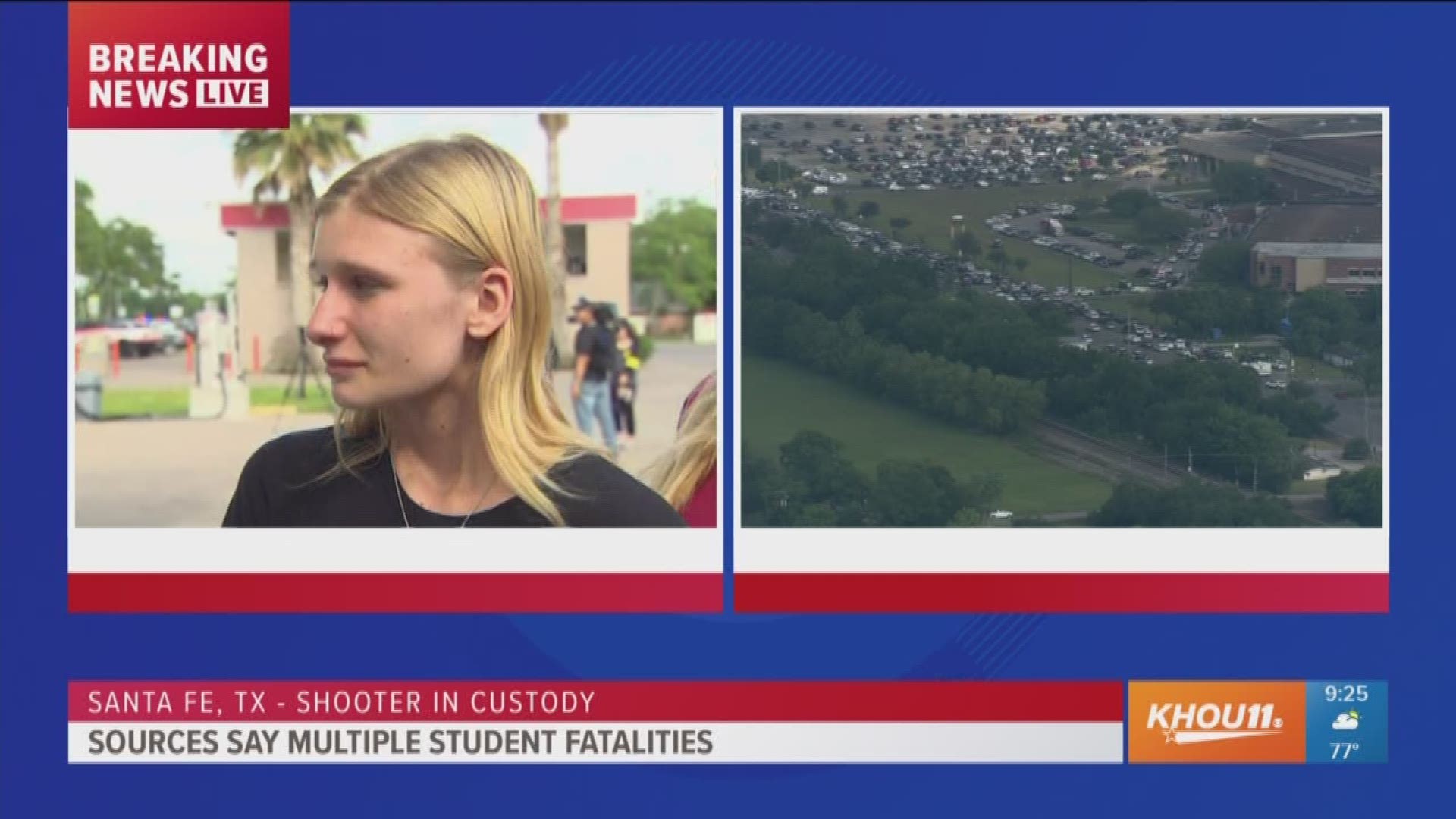 As soon as the alarms went off on Friday morning at Santa Fe High School, students started running outside the school to escape, according to tenth grader Dakota Shrader.

But some didn't know it was a shooting until they got outside.

During the chaos that ensued, Shrader says she was having an asthma attack and said her friend Ryan helped get her out.

The two ran together from their first period class in the history hallway to outside the school.

While teachers tried to coordinate where students should go, that's when everyone started hearing the 'booms,' Shrader described.

"Everybody just starts running, everybody yelling 'run, go, as fast as you can.'"

Federal and local enforcement sources confirmed to KHOU that there are multiple fatalities.

Shrader said she saw one of her friends who got shot in the leg while in the school's art hallway.

That friend told her she was shot then "next thing you know, all the art windows are getting shot at, shattered."