New research on the dwarf planet Ceres, located in the asteroid belt between Mars and Jupiter, shows that the object may have had all of the requirements for life. 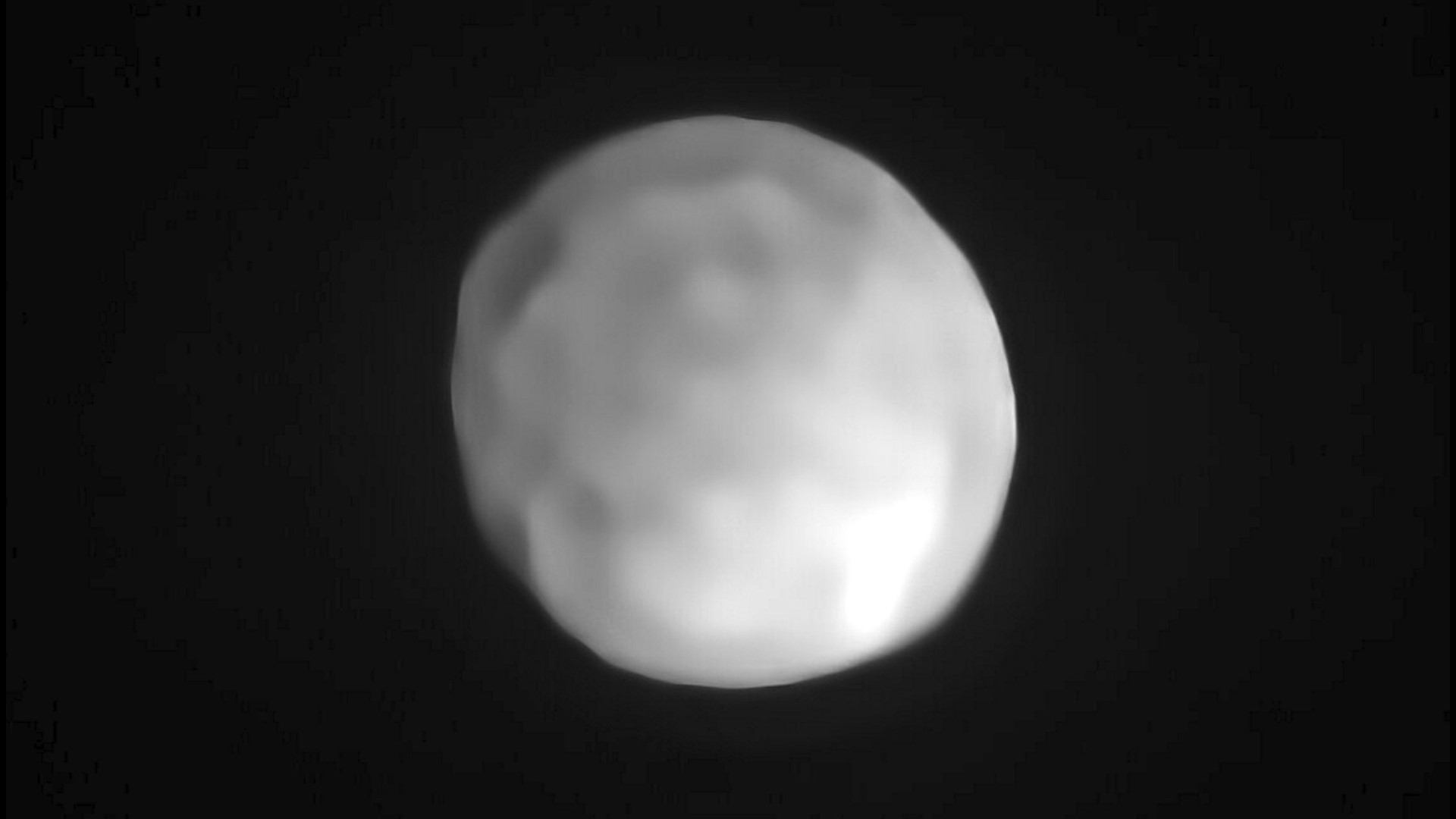 New research has found that the dwarf planet Ceres may be a geologically active body with ice volcanoes and an ancient ocean.

Located in between Mars and Jupiter, Ceres is the largest object in the asteroid belt.

The nearly year's worth of data was collected by NASA's now defunct Dawn spacecraft in its final leg of its mission around Ceres in 2017 and 2018.

In several studies published Monday in the journals Nature Astronomy, Nature Geoscience and Nature Communications, it says that Ceres likely has briny liquid oozing out on it's surface. In addition, the research stated that both hills and mounds formed when ice melted and refroze following an asteroid impact about 20 million years ago, according to National Geographic.

Since then, the presence of salts may have helped to preserve the liquid as salt water, despite cold temperatures.

The presence of water on the dwarf planet, which is about 592 miles across, proves it is still geologically active.

Credit: NASA
NASA's Dawn spacecraft captured pictures in visible and infrared wavelengths, which were combined to create this false-color view of a region in 57-mile-wide Occator Crater on the dwarf planet Ceres.

“We’ve provided strong evidence that Ceres is geologically active in the present, [or] at least in the very recent past,” Dawn’s principal investigator Carol Raymond told National Geographic. “And there’s some tantalizing evidence that it could be ongoing.”

The Dawn spacecraft started its 4.3 billion-mile journey in 2011 to look at Vesta and Ceres, the two largest objects in the solar system's main asteroid belt, according to CNN.

The research released earlier this week is based on the Dawn's orbit of Ceres, when it got close as 22 miles from the surface toward the end of it's total mission in 2018.

The presence of mounds and hills further suggests that Ceres experienced a ice-cold cryovolcanism with salty, slushy mud acting like lava does on Earth.

With this new research, Ceres is added to the list of places that had all the requirements for life including liquid water, energy and carbon-bearing organic molecules, according to National Geographic. The heat from asteroid impacts may have been habitable, but for short periods of time.