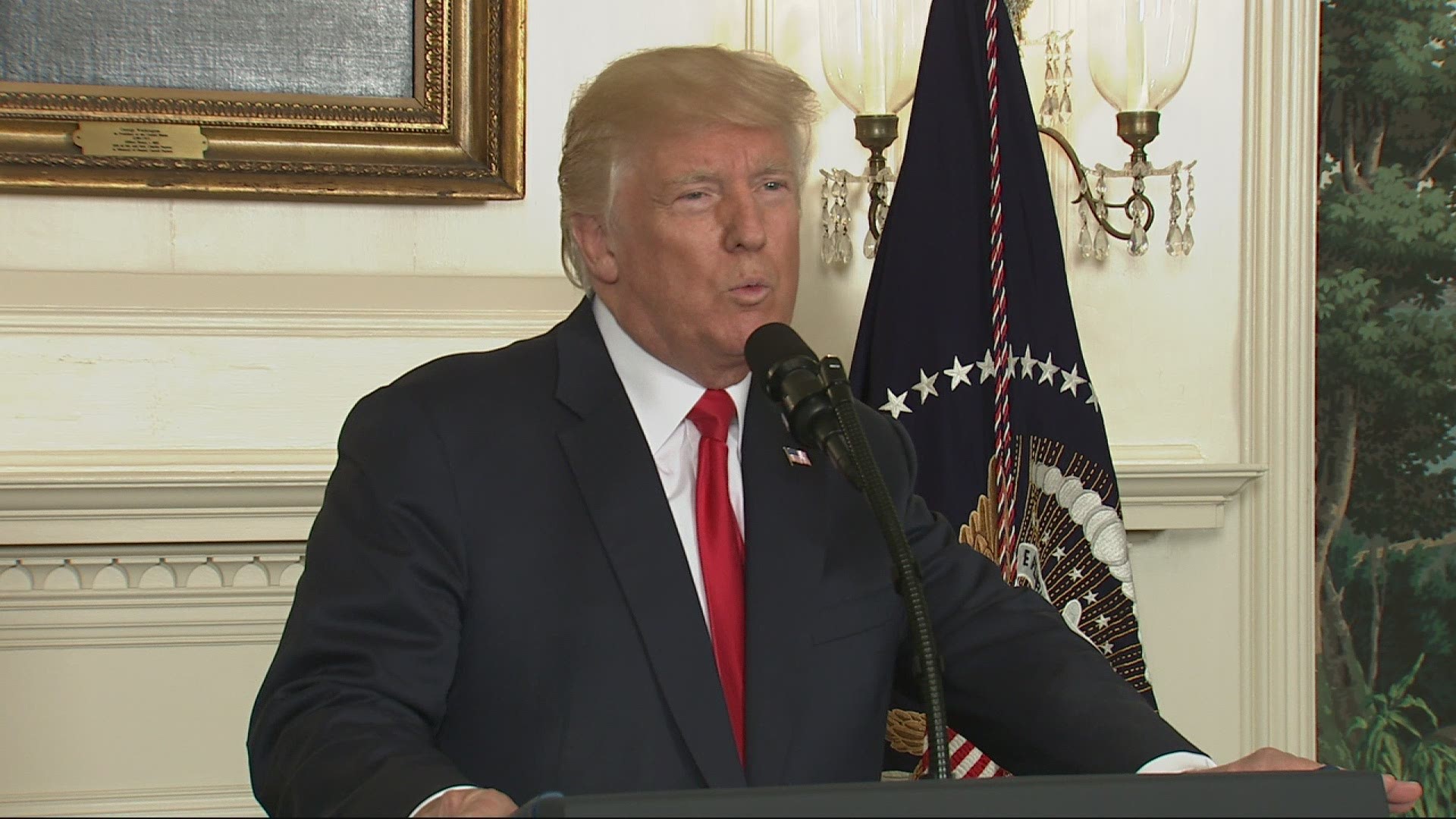 The man accused of plowing a car into a crowd of people protesting a white nationalist rally in Charlottesville, Virginia, killing a woman and injuring dozens more, now faces federal hate crime charges.

The Department of Justice announced that an indictment returned Wednesday charges James Alex Fields Jr., 21, of Maumee, Ohio, with 30 crimes, including one count of a hate crime resulting in the death of Heather Heyer, and 28 other hate crimes involving an attempt to kill dozens of other people who were injured. Another charge accuses him of "racially motivated violent interference" with a federally protected activity.

"Last summer's violence in Charlottesville cut short a promising young life and shocked the nation," U.S. Attorney General Jeff Sessions said in a statement. "Today's indictment should send a clear message to every would-be criminal in America that we aggressively prosecute violent crimes of hate that threaten the core principles of our nation."

Authorities have said Fields, described by a former teacher as having a keen interest in Nazi Germany and Adolf Hitler, drove his speeding car into a group of people demonstrating against the "Unite the Right" rally Aug. 12 that drew hundreds of white nationalists to the college town, where officials planned to remove a Confederate monument.

Fields already faces state charges including first-degree murder and is set to face a jury trial later this year. He has been in custody since the rally. The attorney representing Fields on those counts declined comment Wednesday.

The car attack came after the rally had descended into chaos — with violent brawling between attendees and counterdemonstrators — and authorities had forced the crowd to disband.

The eight-page indictment alleges Fields decided to attend the rally on or before Aug. 8. As he prepared to leave to travel to Charlottesville, a family member sent him a text message urging him to be careful, the indictment said.

Fields replied, "We're not the ones who need to be careful," and attached an image of Hitler, according to the indictment, which also says Fields used social media to promote racist views.

Fields then attended the rally Aug. 12, engaging in chants promoting white supremacist and other racist and anti-Semitic views, the indictment said.

After authorities forced the crowd to disband, Fields drove his car toward the area where a "racially and ethnically diverse crowd" had gathered to protest, the indictment said.

"Fields rapidly accelerated, through a stop sign and across a raised pedestrian mall, and drove directly into the crowd," it said.

In a statement, FBI Special Agent in Charge Adam S. Lee of the Richmond Division thanked the business owners and Charlottesville residents who he said "worked with us and provided a massive volume of evidence in this case."

The federal civil rights case is not the first under Sessions' Justice Department, but it is certainly the most high-profile one. Critics of Sessions for the last year have been concerned about what they see as less aggressive enforcement of federal civil rights laws, and especially the Justice Department's lack of intervention against local police agencies with troubled relationships with minorities.

But in bringing the prosecution, Sessions appeared to assert himself as independent from President Donald Trump — who blamed the violence on both sides and was accused of emboldening racists — and suggested that the Justice Department would continue to treat racially motivated acts of violence as hate crimes.