Grammy-winning rapper and producer Dr. Dre is reportedly in a Los Angeles hospital. 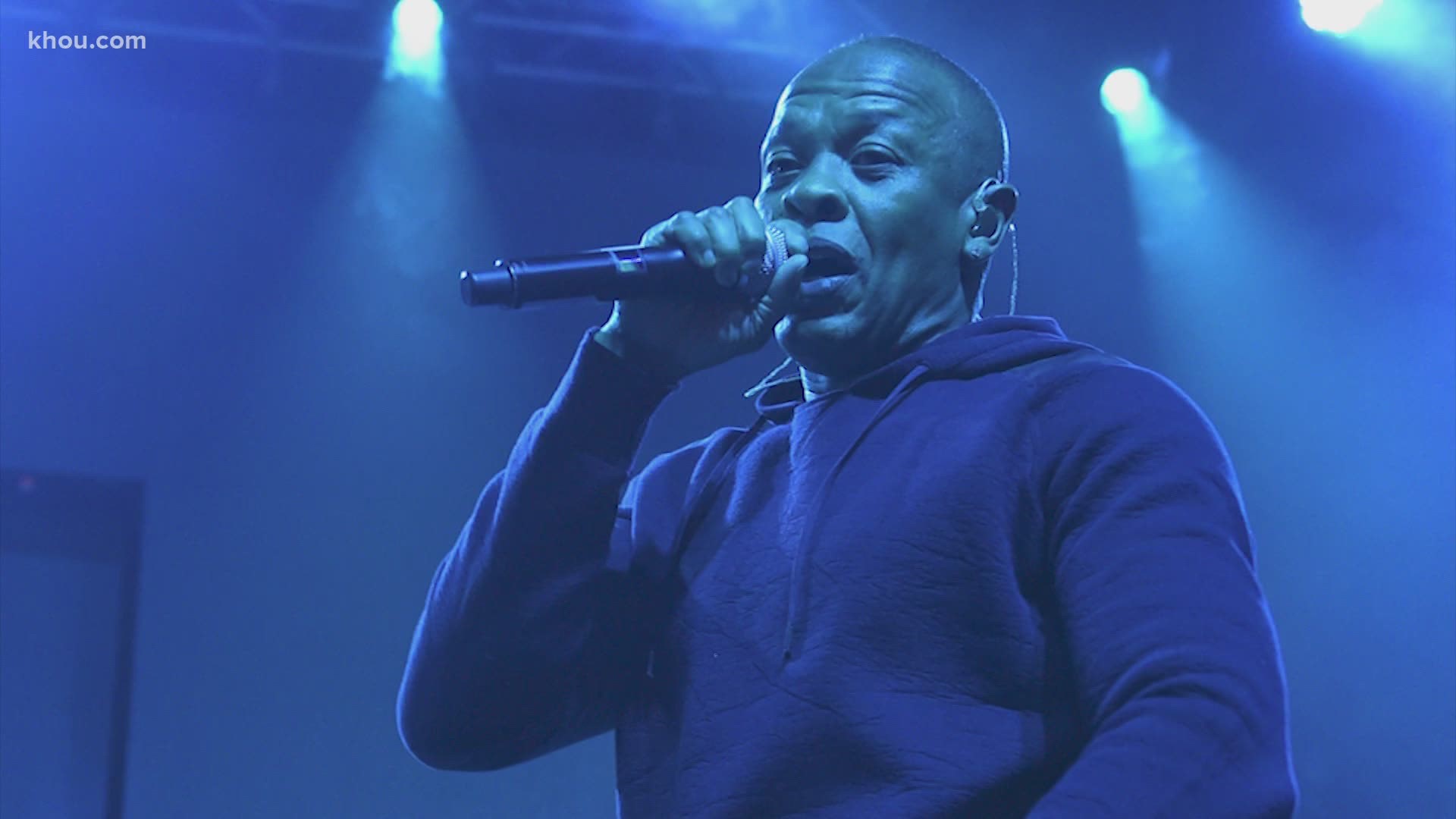 Award-winning rapper and music mogul Dr. Dre is in the hospital with a suspected brain aneurysm, according to multiple entertainment industry reports. Dre posted to social media that he was "doing great" and would be home soon.

Both Deadline and Page Six have corroborated a report from TMZ that Dre, 55, was taken to Cedars-Sinai Medical Center in Los Angeles Monday. He was reportedly in intensive care.

After little information on his condition was released, Dre posted to Instagram that he was undergoing care, but didn't confirm the aneurysm in the post.

"Thanks to my family, friends and fans for their interest and well wishes. I'm doing great and getting excellent care from my medical team. I will be out of the hospital and back home soon. Shout out to all the great medical professionals at Cedars. One Love!!" Dre wrote.

"Send your love and prayers to the homie Dr. Dre," fellow N.W.A. member Ice Cube tweeted Tuesday with a photo of the pair when Ice Cube was presented a star on the Hollywood Walk Of Fame.

Dre has won six Grammys, three of which he took home as a producer or engineer. Born in Compton, he made it big on the music scene as a co-founding member of the group N.W.A., producing some of the group’s groundbreaking 1988 debut album, “Straight Outta Compton.”

Send your love and prayers to the homie Dr. Dre. pic.twitter.com/dWSgzunpjj

He went on to produce his own hits and multiplatinum albums, along with crafting music for Eminem, Tupac, Snoop Dogg, Kendrick Lamar, 50 Cent, Eve, Jay-Z, Nas, Busta Rhymes, Xzibit, the Game, Anderson .Paak and many more.

Dre founded Beats Electronics in 2008 with Jimmy Iovine and six years later they launched a streaming subscription service, Beats Music. Apple acquired both in a $3 billion deal in 2014.