Two men from the Houston area have been arrested in connection with the Capitol riots back in January. One of those men appeared in court Monday afternoon. 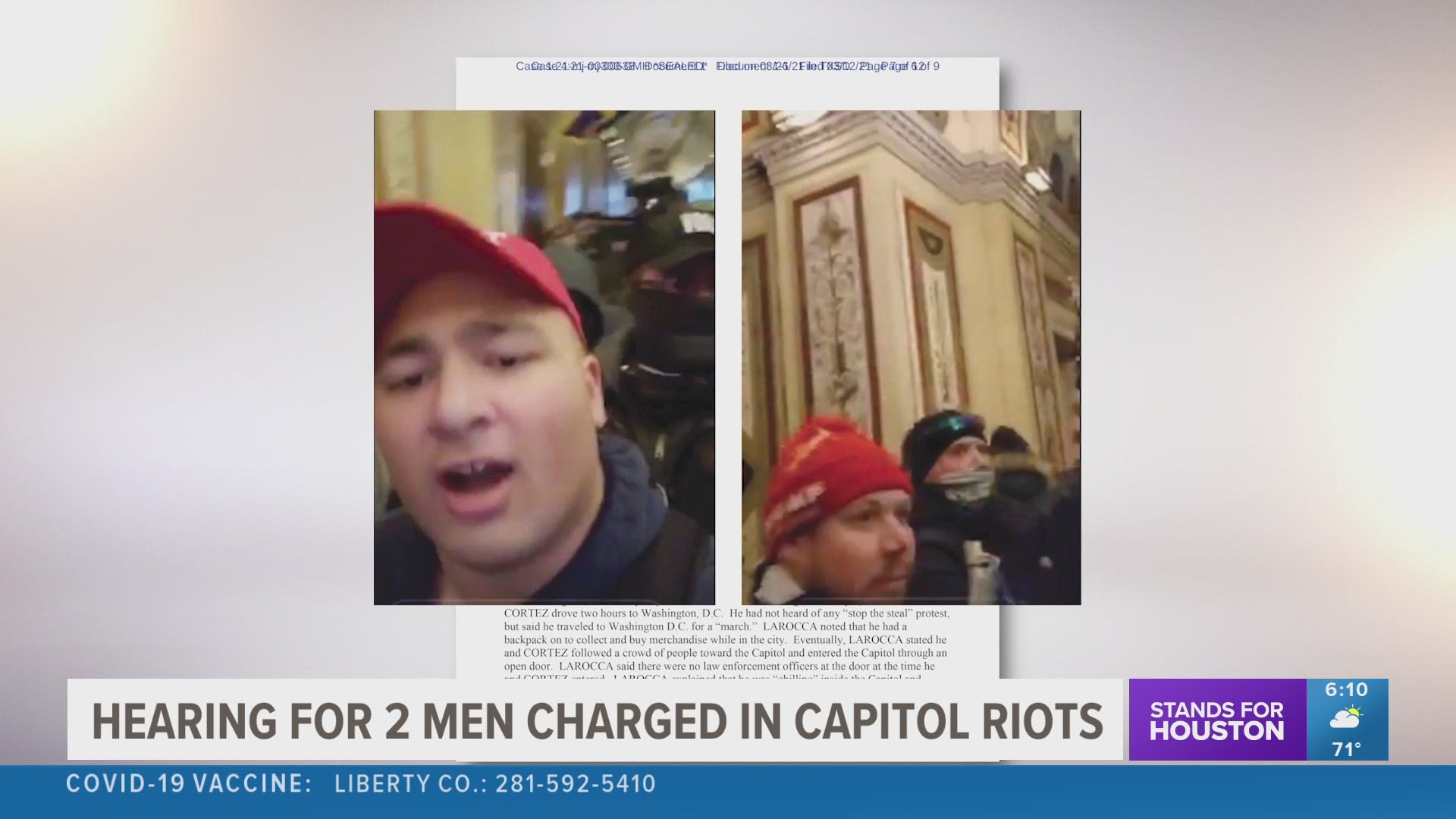 Court documents said that two witnesses that went to the school with Cortez and Larocca in League City helped identify them. The witnesses provided a YouTube video and Instagram video to help identify them.

According to court documents, Cortez and Larocca were both interviewed by FBI agents and admitted they drove a car from Texas to Virginia where they stayed at a hotel. Documents said that on Jan. 6, they drove two hours to Washington D.C. for the Trump rally. They also say Larocca uploaded video of the march to his Instagram account.

Meanwhile, Cortez admitted he stepped in front of the doors and started yelling at officers. Court documents say he was yelling “oath breakers." Cortez even admitted he was sprayed by a fire-extinguisher as officers were trying to close the doors of the Capitol. Cortez allegedly confronted them and even yelled asking law enforcement to “do it some more.”

They’re both facing a number of charges, including obstruction of justice, unlawfully entering a restricted building to disrupt government and disruptive conduct on restricted grounds.

"That is comparable to an insurrection charge. That is the heart of it. The others are serious too," said Sandra Guerra-Thompson, a University of Houston law professor.

Cortez’s bond was set at $50,000. As part of his bond conditions, the judge ordered Cortez to get a job and to not have contact with Larocca, among other things.

Larocca bonded out of jail.