Surveillance video showed how a patron in Australia used whatever they could find to fight off a machete-wielding robber. 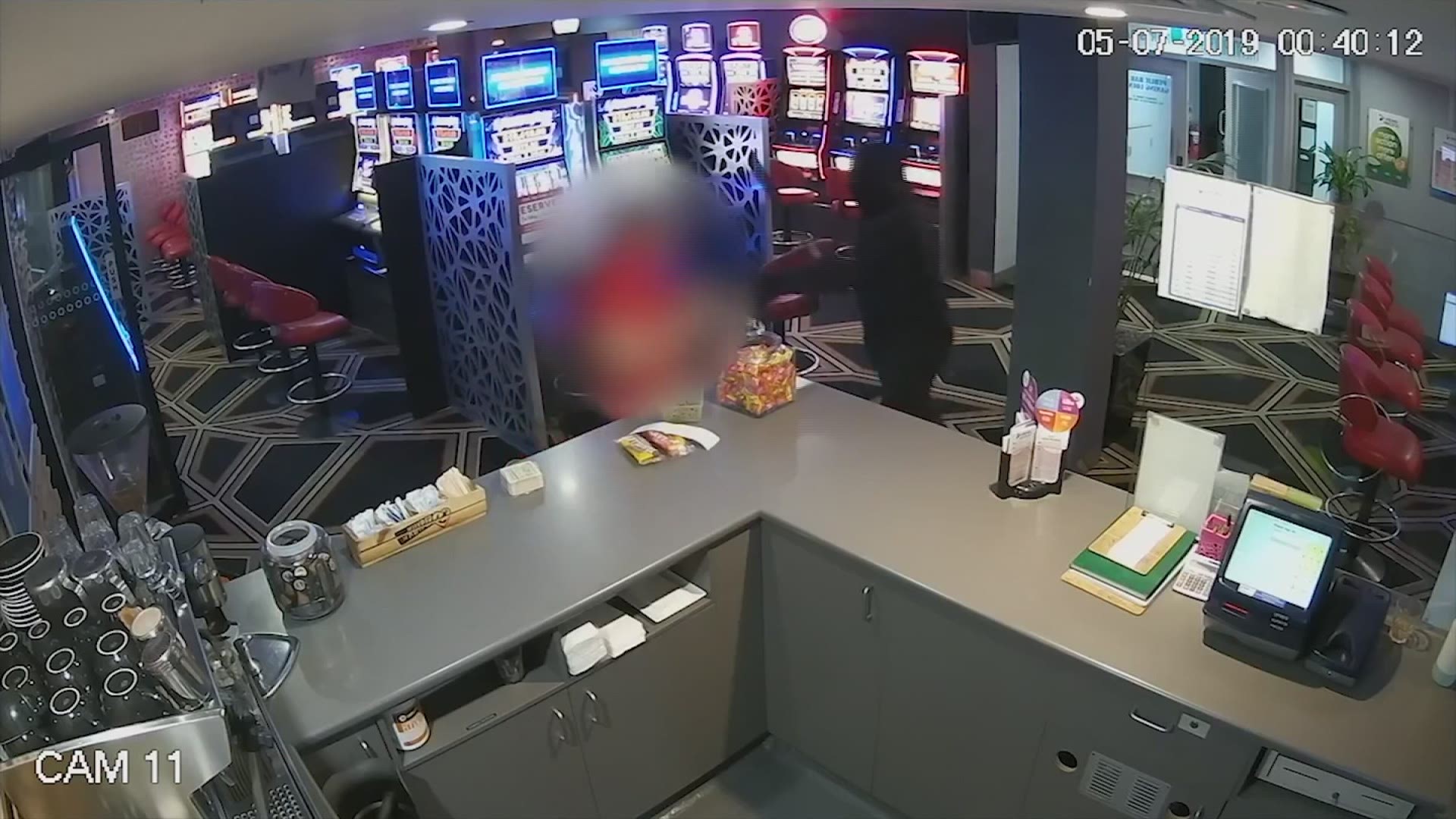 BRISBANE, QLD —  A patron at a hotel on Australia's Gold Coast has foiled a holdup by attacking the robber with a bar stool and a pot plant.

A video release by the Queensland police shows a hooded man enter the Mermaid Beach Hotel in the early hours of Friday morning and threaten a female employee with a machete.

While the woman goes behind the counter, a 29-year-old patron picks up a bar stool and throws it at the man, followed by a pot plant.

The robber managed to escape and is still at large.