As the East Coast prepares to take a major hit from Hurricane Florence, several college football games have already been moved, postponed or canceled. 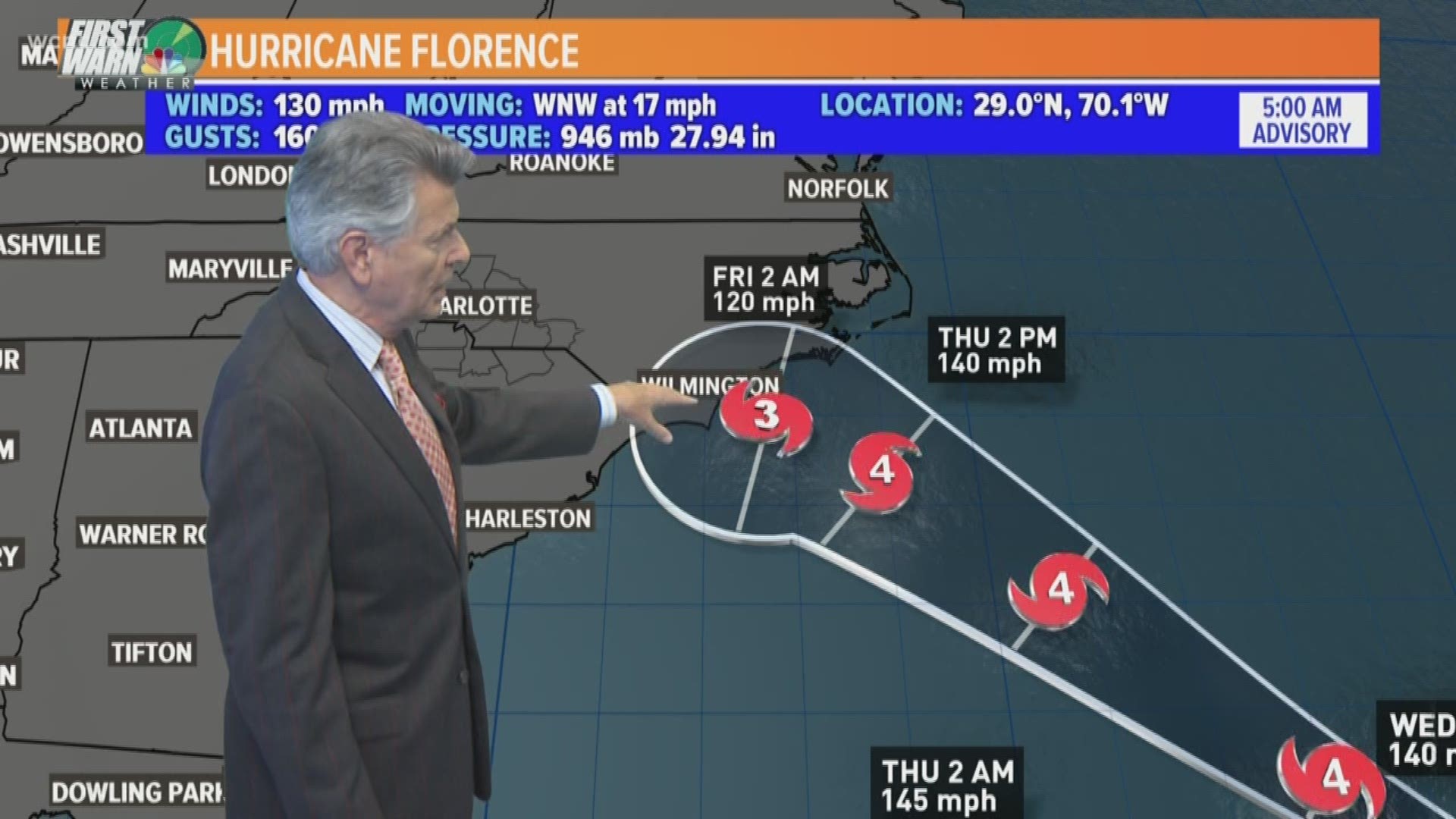 Evacuation orders have been issued for more than a million people on the East Coast as Hurricane Florence and its Category 4 winds are set to hit the area later this week.

As a result, college football games from Virginia to Florida have already been moved, rescheduled or canceled.

Campbell at Coastal Carolina, 2 p.m. (​Note: This game has been moved up from its previously-scheduled Saturday kickoff. The university closed campus Tuesday morning and will remain closed at least through the end of the week.)

Boston College at Wake Forest, 5:30 p.m. (Note: This game has been moved up two hours from its previously-scheduled 7:30 kickoff time.)

Robert Morris at James Madison, 7 p.m. (Note: Game was originally schedule for Saturday and moved to ensure it could be played.)

East Carolina at No. 11 Virginia Tech, 12:20 p.m. CANCELED (Note: ECU announced it would not travel but hopes to reschedule the game.)

No. 18 Central Florida at North Carolina, CANCELED (Note: UNC suspended classes beginning Tuesday evening. UCF said on Twitter it is "unlikely" the game between the Knights and Tar Heels will be rescheduled.)

Ohio at Virginia, 4:30 p.m. MOVED (Note: Game has been moved from its original 3:00 start time and will instead be played at Vanderbilt Stadium in Nashville, Tenn.)

Norfolk State at Liberty, POSTPONED (Note: This game will now be played Dec. 1.)

North Carolina Central at South Carolina State, POSTPONED (Note: This game will be played on Nov. 24.)

Charleston Southern at The Citadel, POSTPONED on Saturday in Charleston has been postponed to Nov. 29 — as long as neither has qualified for the FCS playoffs.