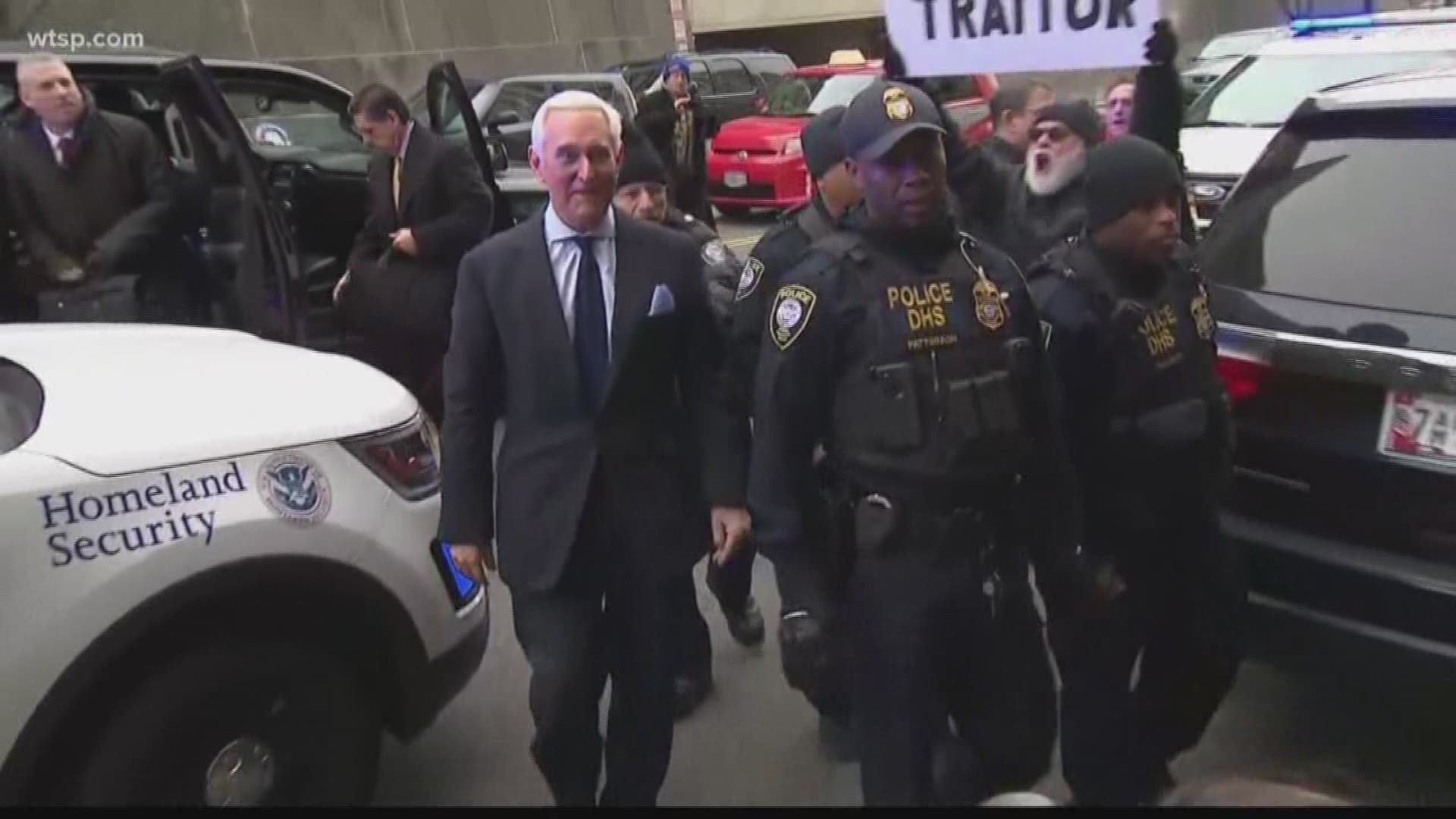 He is accused of lying to lawmakers about his attempts to communicate with the anti-secrecy website WikiLeaks, tampering with witnesses and obstructing a House Intelligence Committee investigation into whether the Trump presidential campaign coordinated with Russia to tip the 2016 election.

Several witnesses have highlighted how Trump campaign associates were eager to gather information about emails the U.S. says were hacked by Russia and then provided to WikiLeaks.

Steve Bannon, who served as the campaign’s chief executive, testified that Stone had boasted about his ties to WikiLeaks and its founder Julian Assange, alerting them to pending new batches of damaging emails. Campaign officials saw Stone as the “access point” to WikiLeaks, he said.