Search area for capsized boat survivors is as big as Hawaii

It’s been more than 48 hours, but relatives of the missing crew members aboard the Seacor Power are still holding onto hope as they wait for answers. 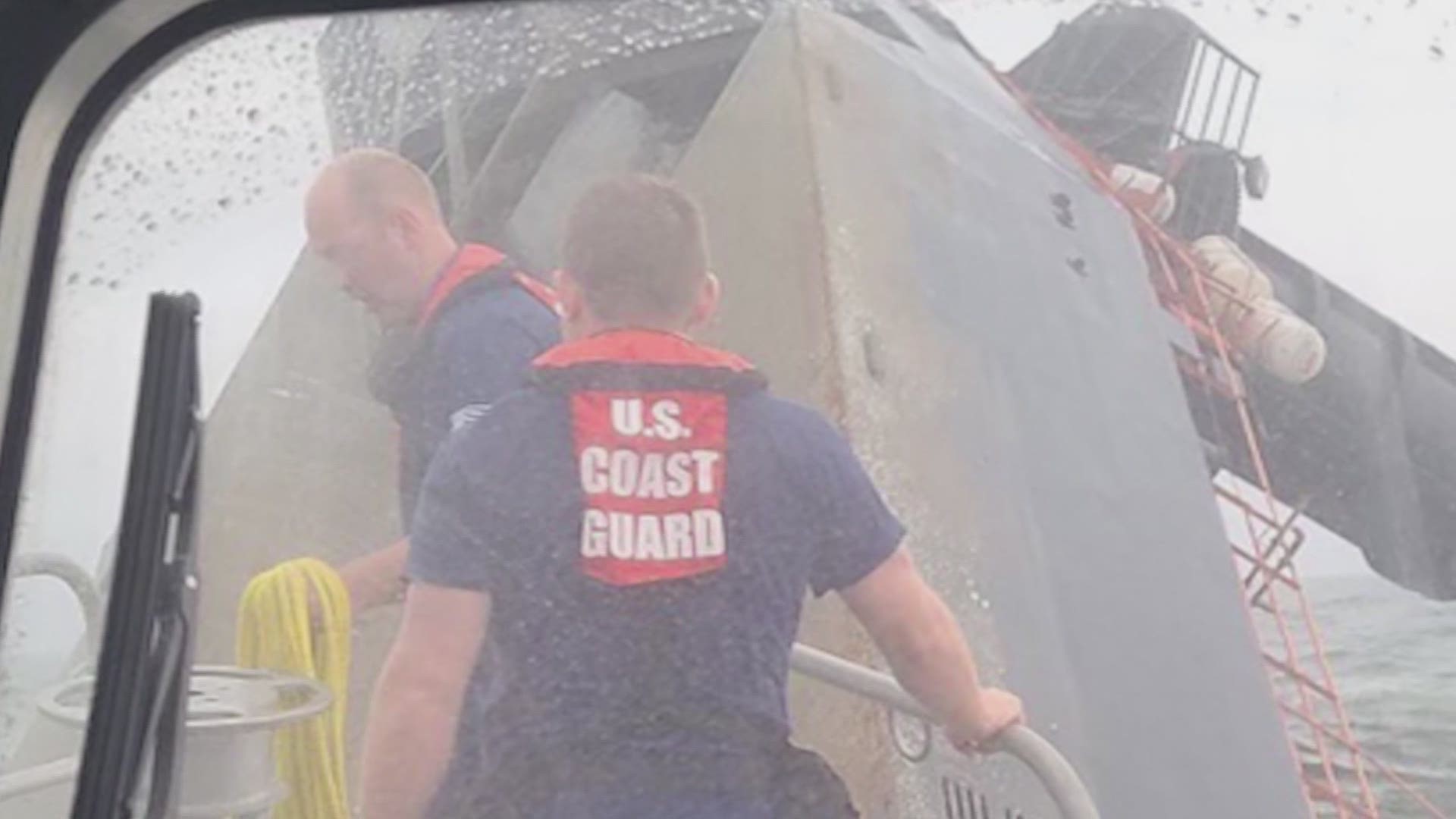 HOUSTON — It’s been more than 48 hours, but relatives of the missing crew members aboard the Seacor Power are still waiting for answers.

Divers and air and boat crews were searching an area the size of Hawaii on Thursday.

Family members are still clinging to hope. It's all they've got.

“We know he’s not one of the six that was found alive," Darra Morales said. “We’ve been told, maybe that there’s men trapped in the vessel, but they're trying to get to them."

RELATED: ‘Giving it all we’ve got’: Coast Guard says some of the 12 missing could still be on capsized boat as search continues

Morales said her son, Chaz, wasn’t supposed to be on the Seacor Power.

RELATED: 'They love their daddy' | Family holds on to hope as search continues for missing 12 in Gulf of Mexico

Six men were found alive Tuesday soon after the Seacor Power capsized during bad weather, but 12 are still missing. One body has been retrieved. The Lafourche Parish Coroner’s Office identified that man as 63-year-old David Ledet. They said he was the boat's Captain.

The coast guard also took a FLIR imaging video of the boat Wednesday morning. They said while they have not been able to verify if it shows movement inside the boat, they also say it’s still under evaluation.

“It’ll be just a pocket inside a rectangular tank, and to get into that pocket, almost certainly, you’ve got to swim into it and try to hold onto something," Stewart said. “It wouldn’t be something that anyone would want to experience.”

The Coast Guard is continuing the search and rescue mission. They said the incident has been declared a major marine casualty.

For the families of the missing, answers can’t come soon enough.

"They love their daddy and he loves his babies so much. We need him to come home," Morales said.

Seacor Marine of Houston has not issued a new statement since Wednesday, which said they are working closely with the U.S. Coast Guard to support all efforts to locate their valued team members and partners.