Bernie Sanders wore mittens made by Vermont teacher to the inauguration

The mittens Senator Bernie Sanders wore to the presidential inauguration were made by a Vermont teacher and first went viral a year ago. 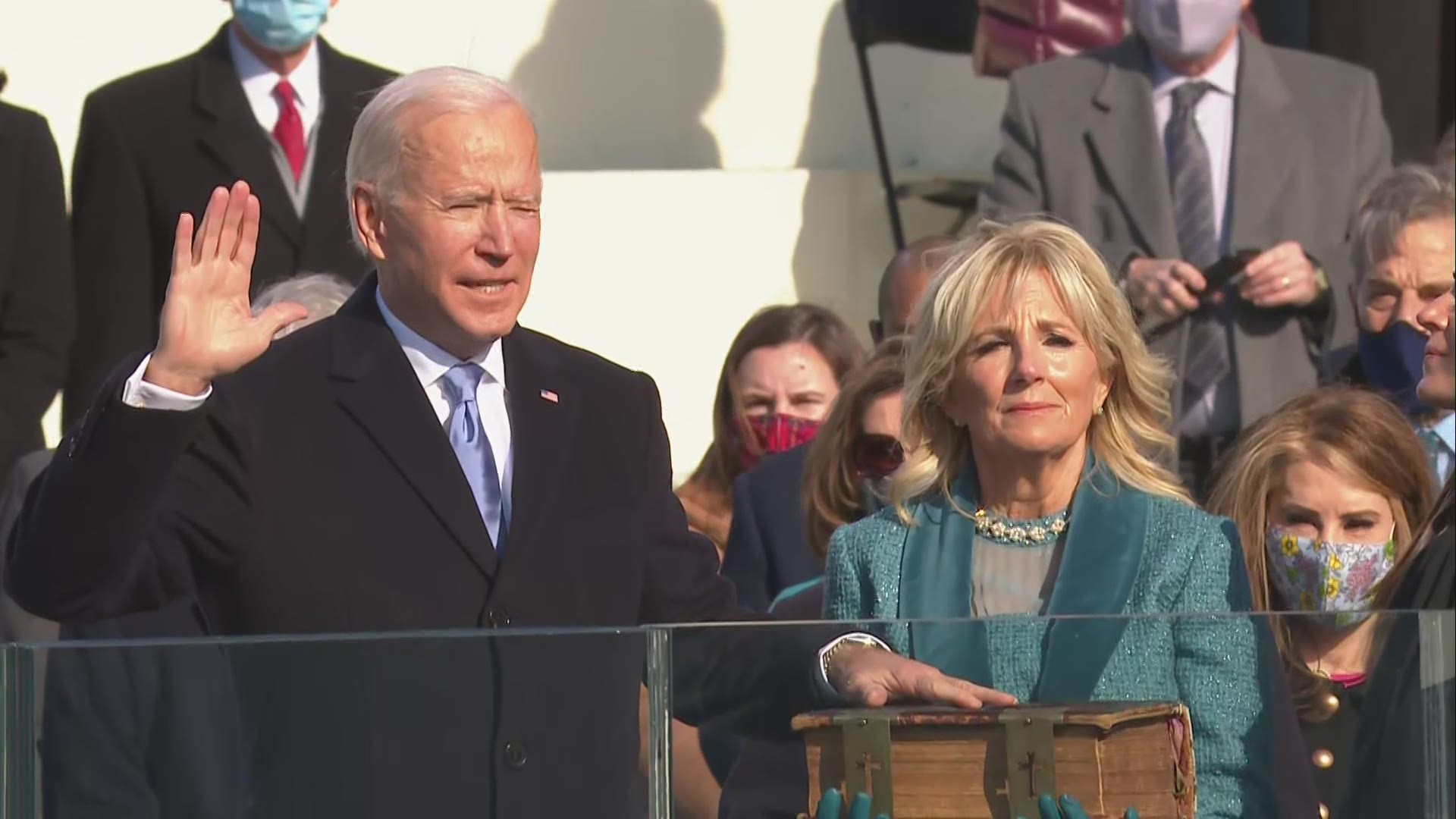 While all eyes were on President Joe Biden and Vice President Kamala Harris for the inauguration ceremony, Vermont Sen. Bernie Sanders was also getting attention for his mittens.

As soon as Sanders walked onto the U.S. Capitol platform, people quickly took to Twitter to point out his "post office" look as he was surrounded by VIPs and celebrities wearing designer brands.

The mittens first went viral one year ago during a Women's March in Portsmouth, New Hampshire. According to Seven Days, the mittens were made by Jen Ellis, a Vermont teacher. Ellis told the publication she used repurposed sweater wool and lined them with fleece made out of recycled plastic bottles to make mittens for teachers and Sanders.

RELATED: Jennifer Lopez adds her own twist to 'This Land Is Your Land' at inauguration

Fans of Sanders were also quick to point out that the jacket he wore at the inauguration matched the one that appeared in the "I am once again asking for your financial support" meme from his 2020 presidential campaign.

Wait, is Bernie is wearing the same jacket from his meme at the inauguration? pic.twitter.com/q0DtVNpZbB

Twitter also had a field day with pictures of him carrying an envelope, sitting socially distanced away from other attendees.

"I am once again asking for you to speed this inauguration up. It’s cold, and I have to be at the post office before 5pm," one person tweeted mocking the meme of him in the same jacket.

“I am once again asking for you to speed this inauguration up. It’s cold, and I have to be at the post office before 5pm.”

when mom makes you go to your brother’s hockey game but you just wanted to stay home pic.twitter.com/uE3BNrCjRX

The National Bobblehead Hall of Fame announced that they have put a bobblehead version of Sander's quirky and down home appearance on the inauguration stage Wednesday up for pre-sale for $25 each.