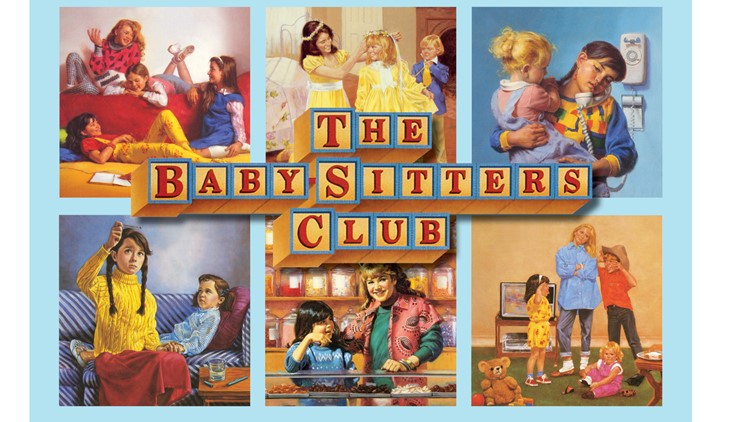 Photo by: Netflix
Netflix on Thursday announced its plans for a new live-action show based on the beloved 'Baby-Sitters Club' book series.

The 'Baby-Sitters Club' is making a comeback and getting a new original series on Netflix.

The streaming service announced Thursday its plans for a contemporary live action "dramedy" series based on the best-selling book series, "The Baby-Sitters Club."

The books featured the adventures of five best friends launching a baby-sitting business.

The streaming service said there is a 10-episode order for the series. Kristy Thomas, Mary Anne Spier, Claudia Kishi, Stacey McGill, and Dawn Schafer will all be back in this new take on the beloved book series.

Ann M. Martin, author of "The Baby-Sitters Club" books, said she hopes the new series will "inspire a new generation of readers and leaders everywhere."

“I’m amazed that there are so many passionate fans of The Baby-Sitters Club after all these years, and I’m honored to continue to hear from readers - now grown, who have become writers, editors, teachers, librarians, filmmakers - who say that they see a reflection of themselves in the characters of Kristy and her friends," Martin said.

More than 180 copies of the books have been sold to date. There was an earlier TV series in the 90s and a 1995 "Baby-Sitters Club" movie.

Netflix on Thursday announced its plan for a new live-action show based on the beloved 'Baby-Sitters Club' book series.
Netflix