Explosions in Texas City, West, Texas and Oklahoma City were caused by ammonium nitrate -- the same product believed to have blown up in Beirut Tuesday. 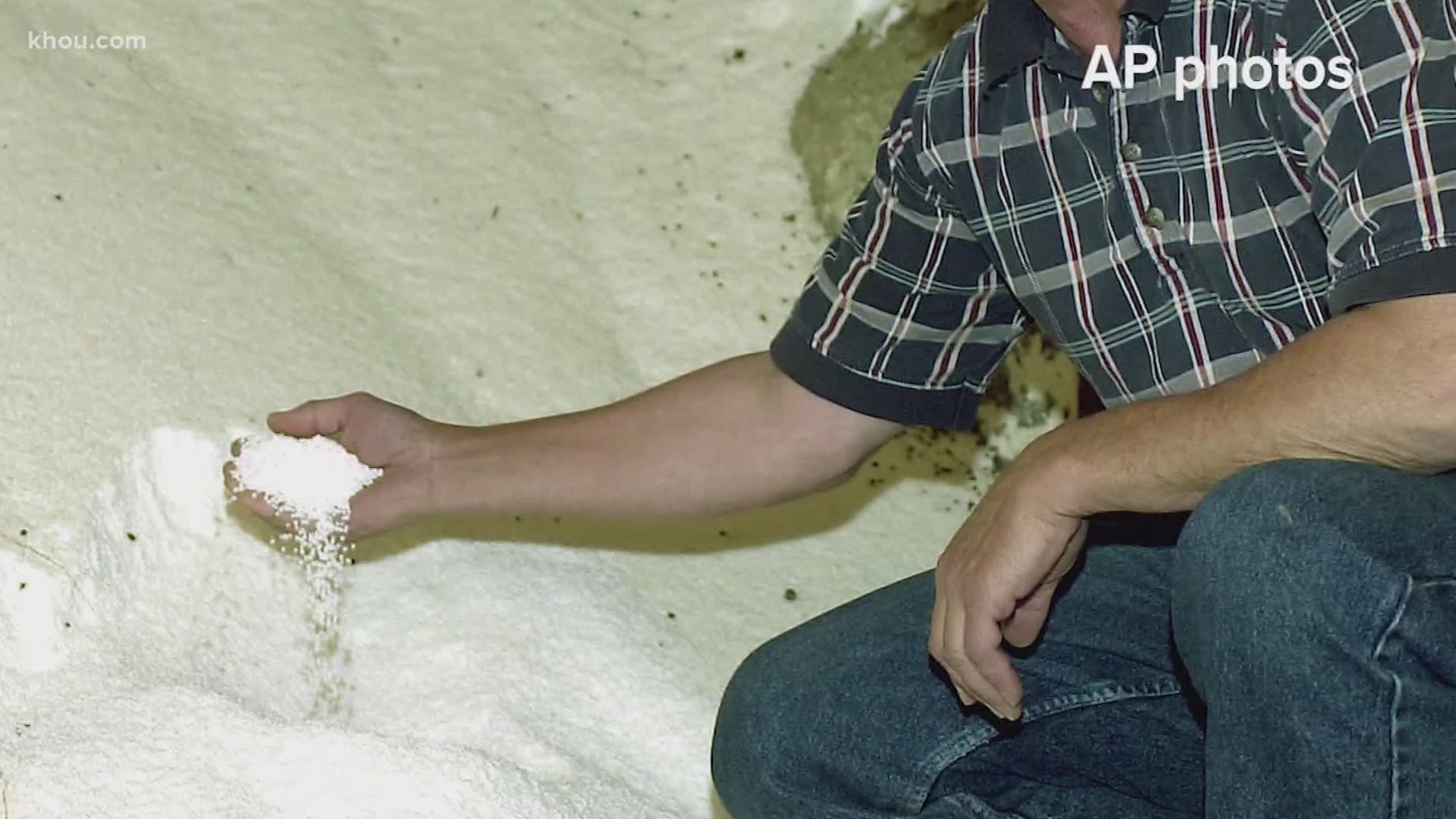 HOUSTON — Tuesday’s deadly explosion in Beirut is being blamed on fireworks and ammonium nitrate.

More than 100 people were killed and thousands more injured in the massive blast.

The scale of the damage — from the epicenter of the explosion at the port of Beirut to the windows blown out miles away — resembles other blasts involving ammonium nitrate, which is commonly used as an agricultural fertilizer.

Two of those explosions happened in Texas, including one here in the Houston area.

The more recent Texas explosion of ammonium nitrate was in West, Texas in April of 2013.

That explosion was the result of an arson fire at the West Fertilizer Company.

Fifteen people were killed in that explosion. Another 260 people were injured and hundreds of homes damaged.

Firefighters from several Central Texas volunteer fire departments had already responded to the initial fire when the building exploded. Twelve first responders were among those killed.

You can read more about the West, Texas explosion here.

In April of 1947, an ammonium nitrate explosion in Texas City killed 581 people and injured thousands more.

Longshoremen had spent five days loading sacks of ammonium nitrate onto a ship. At least 2,300 tons had been loaded when workmen who boarded it noticed a fire.

By the time the town's volunteer firefighters arrived, a cloud of dense and colorful smoke had attracted bystanders. Then, the ammonium nitrate cargo detonated in a blast so powerful it shook the ground for hundreds of miles and registered as an earthquake in Denver.

Fireballs shot into the sky that were visible across Galveston Bay. It led to a 15-foot wave that crashed over the dock and flooded surrounding streets.

Here's a look back at the Texas City explosion.

Timothy McVeigh and Terry Nichols were both convicted in the Oklahoma City bombing.

McVeigh parked a yellow Ryder rental truck filled with 5,000 pounds of ammonium nitrate outside the nine-story building downtown and got into a getaway car.

McVeigh was executed in 2001. Nichols is serving a life sentence.

You can learn more about the Oklahoma City bombing here.

What is ammonium nitrate?

According to the New Jersey Department of Health, ammonium nitrate is an odorless, colorless white to gray crystalline flake, bead or granule. It's used to make explosive, matches, fertilizers and antibiotics.