The AMA cited the surge in teen e-cigarette use and the recent outbreak of lung illnesses linked to vaping. 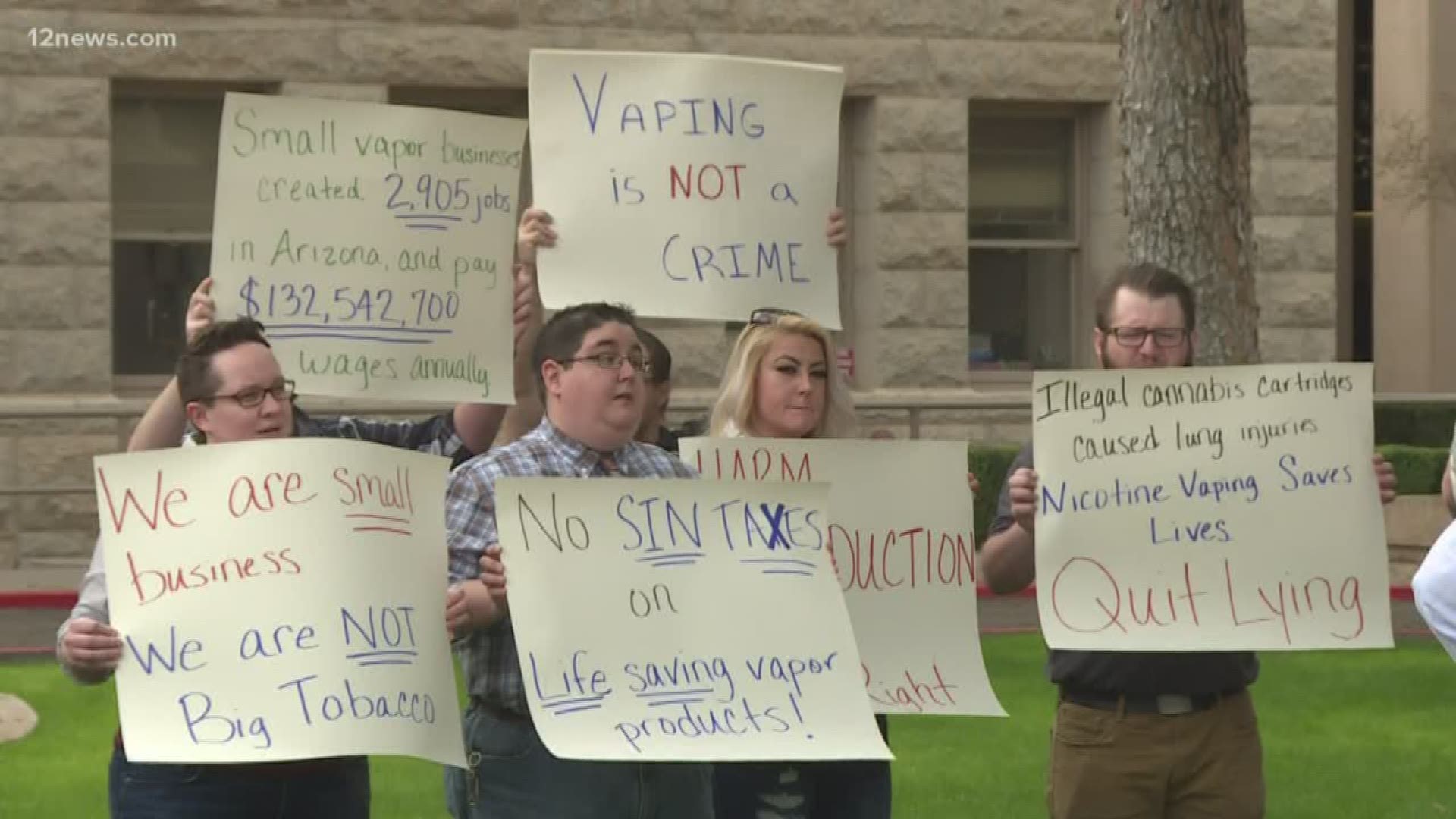 WASHINGTON — The American Medical Association is calling for an immediate ban on all electronic cigarettes and vaping devices.

The group adopted the sweeping stance Tuesday at a policy-making meeting in San Diego. It aims to lobby for laws, regulations or legal action to achieve a ban, but the industry is sure to fight back.

The AMA cited the surge in teen e-cigarette use. The group also said the recent outbreak of lung illnesses linked to vaping shows how little is known about the health consequences. Most of those sickened said they vaped THC, the high-inducing ingredient in marijuana, not nicotine.

RELATED: Arizona Board of Regents will consider banning vaping from university campuses

The policy singles out e-cigarette and vaping products not approved to help people quit smoking. But none have been approved yet for that use by the U.S. Food and Drug Administration.