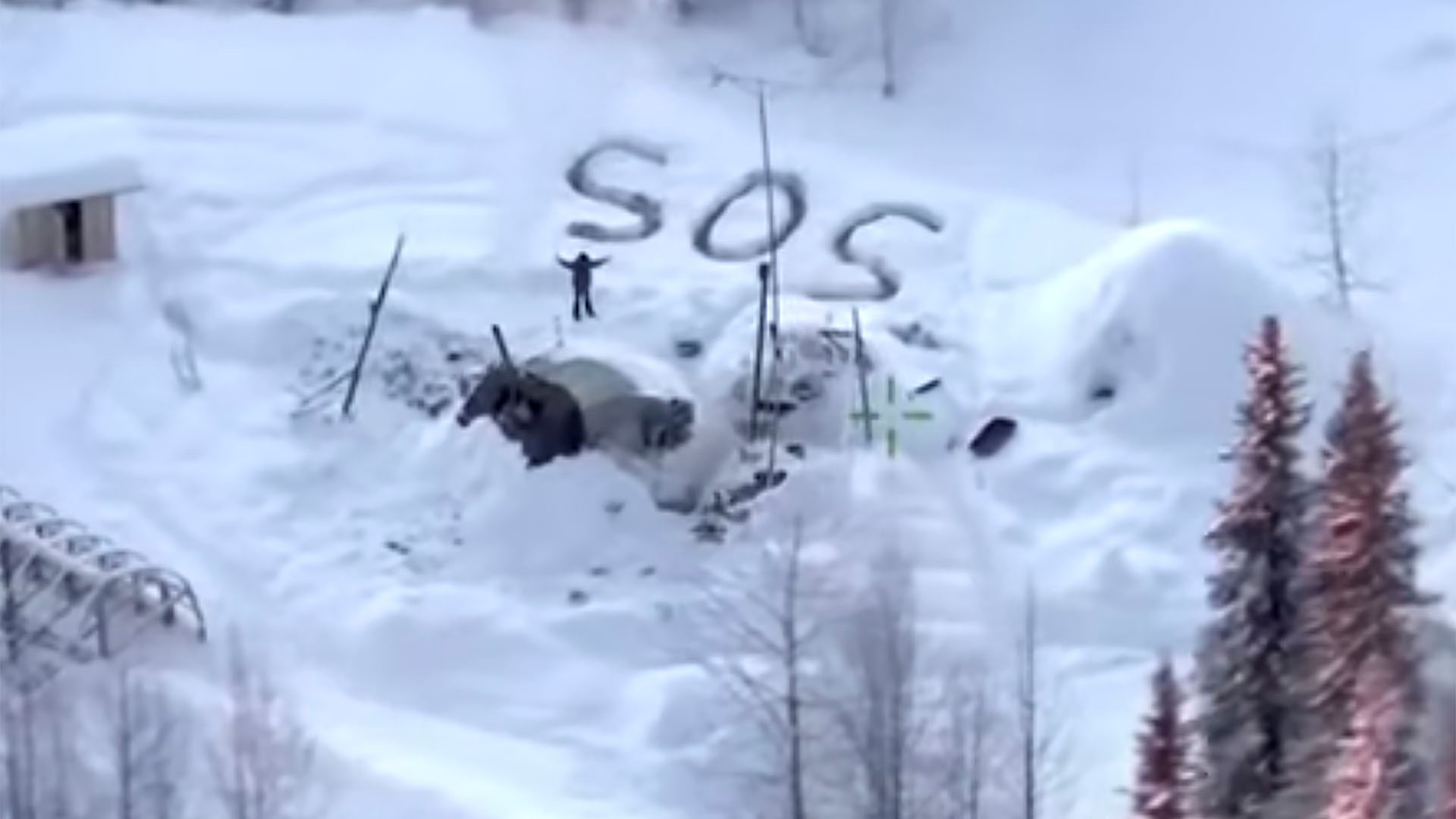 Alaska State Troopers rescued a man who survived in a makeshift shelter after his remote cabin burned last month.

A trooper helicopter crew on Thursday found 30-year-old Tyson Steele and an SOS signal stamped in the snow at his remote homestead 20 miles outside Skwentna -- population 35.

Steele's family members and friends had not heard from Steele for several weeks and requested that troopers check on his welfare.

RELATED: Willing to move to Alaska? This publisher might give you his newspaper business

The trooper helicopter crew spotted Steele waving his arms near his shelter. He said the fire had left him with no way to communicate.

He was transported to Anchorage in good health.

He said his dog was killed in the fire.