The FAA's order will keep Boeing 737 MAX planes on the ground for the time being. Here's what you need to know. 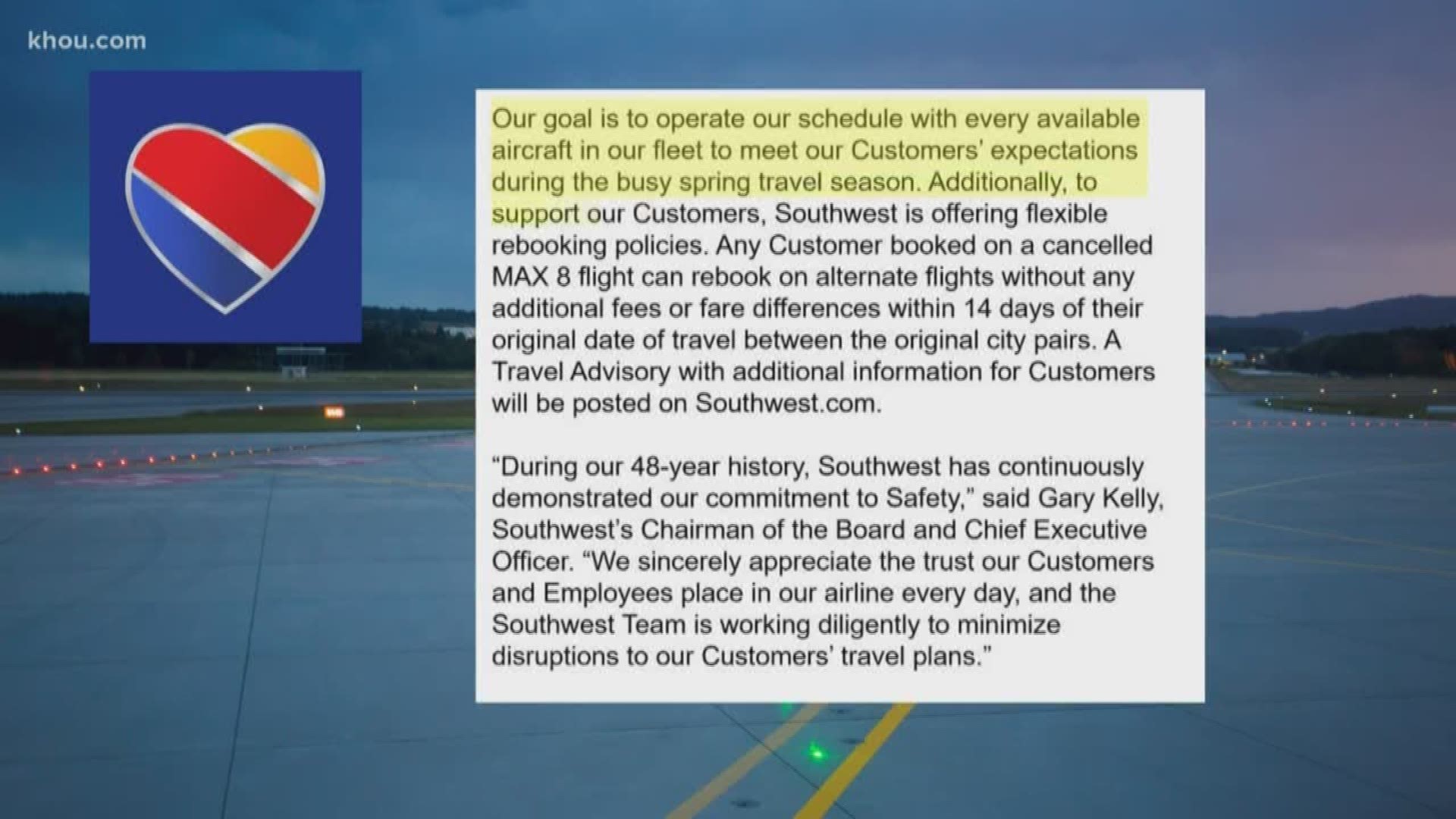 The U.S. joined much of the rest of the world on Wednesday in grounding all Boeing 737 MAX 8 planes following a deadly crash of an Ethiopian airliner.

The decision came hours after Canada joined some 40 other countries in barring the Max 8 from its airspace, saying satellite tracking data showed possible but unproven similarities between the Ethiopian Airlines crash and a previous crash involving the model five months ago.

Here are six things everyone, especially those traveling in the next few days, need to know about Wednesday's big developments.

When does the order to ground Boeing's 737 MAX planes start?

The emergency order takes effect immediately. Planes already in the air will be allowed to continue to their scheduled destinations, but then will be grounded.

The FAA explained in its emergency order that "new information from the wreckage" of the Ethiopia crash, along with satellite-based tracking of the flight path, indicated some similarities with a Lion Air crash in the Java Sea that killed 187 people in October.

RELATED: Boeing 737 MAX 8 by the numbers

The information "warrants further investigation of the possibility of a shared cause for the two incidents that needs to be better understood and addressed," the FAA said in a statement.

How many U.S. airlines use these planes?

American Airlines and Southwest Airlines are the main carriers using the 737 Max in America.

United Airlines flies a larger version of the plane, the Max 9, which has also been grounded in the U.S.

How many Boeing 737 MAX planes are grounded in the U.S.?

According to American, Southwest and United, there are 72 MAX 8 and 9 planes used by those carriers in the U.S.

Southwest says it has 34 MAX 8 aircraft, which accounts for less than five percent of its daily flights.

American said it has 24 aircraft affected by the emergency order, which accounts for 85 flights per day.

United said it has 14 737 MAX aircraft, which accounts for roughly 40 flights a day.

What happens to my flight if it was supposed to be on a Boeing 737 MAX plane?

Depending on your airline, the flight may be cancelled and customers would be moved to different flights or a different type of aircraft may be used instead.

United said it plans to use spare aircraft for some flights and rebook customers for others.

American said its teams will be working to rebook customers as quickly as possibly. The airline said affect customers may also rebook themselves online, but if a flight is cancelled they may request a full refund.

Southwest said it's offering "flexible rebooking policies" and any customer booked on a cancelled MAX 8 flight can "rebook on alternate flights without any additional fees or fare differences within 14 days of their original date of travel between the original city pairs."

How long will the Boeing 737 MAX planes be grounded?

There is no definitive timeline for how long the Boeing 737 MAX 8 and 9 planes will be grounded in the U.S.

In its emergency order, the FAA said it will remain in effect until the FAA Administrator determines the restrictions are "no longer necessary to address an emergency related to safety in air commerce."